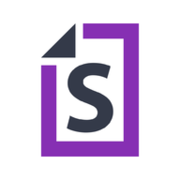 As fans of theBachelorfranchise, we all have our favorite contestants. Some people just come across really well on screen, while others have a hard time drawing empathy.

Bachelor in Paradisegives contestants who may not have gotten the best edits on their seasons ofThe BachelororThe Bachelorettethe chance to redeem themselves.On Paradise, people are given a lot more air time and therefore, able to show more of their personalities.

Sometimes this really works in the contestant’s favor, which was the case with Krystal Nielson and Chris Randone, who left their initial seasons as villains and completely changed their public personas after finding love in Paradise. And sometimes, more camera time just means that people find out more of your flaws like withBlake Horstmann,who went from fan favorite to social pariah after going onParadise.

Caelynn Miller-Keyes went onParadisewith an okay reputation. She had just come off of Colton Underwood’s season ofThe Bachelorwhere she was accused of wanting to be the Bachelorette. But she did well enough on the show that fans didn’t turn on her and most still wanted to see her find love.

While in Paradise, Miller-Keyes connected with former player Dean Unglert. She and Unglert hit it off almost instantly and seemed weirdly perfect for one another. But eventually, Unglert got cold feet and broke up with the former beauty queen before sending himself home.

After Unglert left, Connor Saeli came onto the beach and he and Miller-Keyes entered into a relationship pretty quickly. Things seemed to be going well for the two for a while. At least, they were until Unglert came back on the beach.

When Unglert returned, he told Miller-Keyes he was ready to be in a relationship with her and asked her to leave the show with him.

Ultimately, Miller-Keyes decided to take Unglert up on his offer and left Saeli on the beach.

“Connor and Caelynn are weird to me,” the newlywed said. “I don’t get Caelynn and I’m not a huge fan, I’m just going to be honest. I don’t get her, she seems to flip flop more than any other person I’ve ever seen. ”

“She was head over heels for Dean. Connor walks in, she’s flipping her hair and she’s like, ‘Connor is who I wanted to meet the entire time, ‘” she went on. “She apparently was crying over Dean at the wedding but then sees Connor and completely changes – which one is it?”

Ahead of Monday’s episode, Lindsay mused that picking Saeli would be Miller-Keyes ’best option.

But as we all know, Miller-Keyes did not heed Lindsay’s advice. Hopefully, she doesn’t regret it. 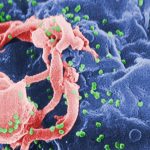 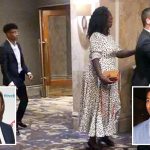