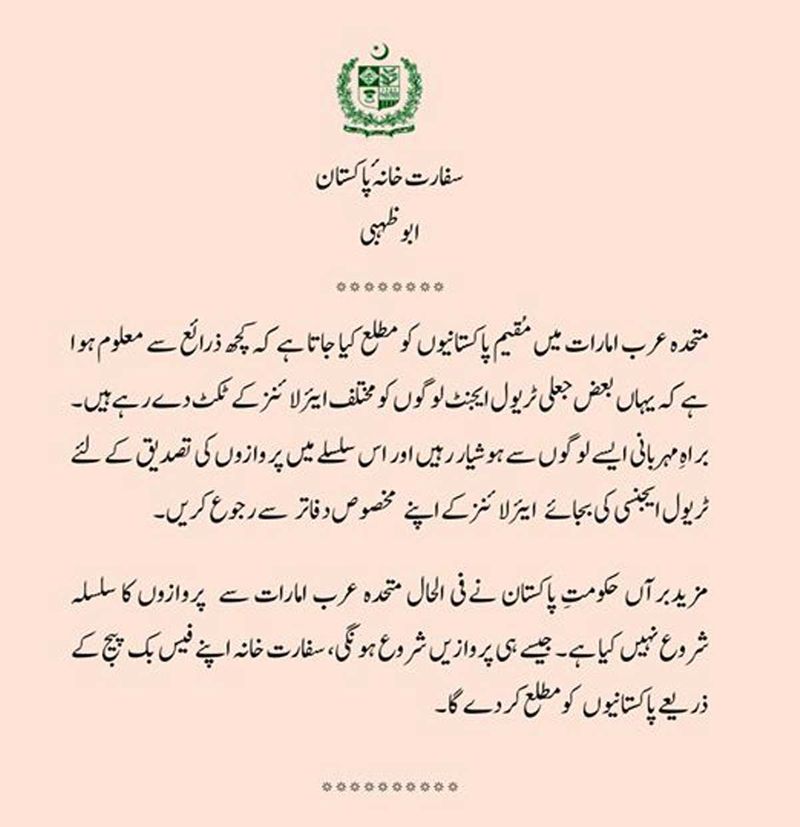 Dubai: The Pakistan Embassy has warned community members of a ticket scam as some unscrouplous travel agents are offering to book tickets on ‘special flights’ from the UAE to Pakistan.

“Flights between the UAE and Pakistan are suspended and there is no announcement of any special flights from UAE to Pakistan so far,” said a statement issued by the Embassy on Tuesday. The statement says that the embassy would announce if there is any plan to operate any special flights. There will also be a formal announcement whenever the normal flight operation between the UAE and Pakistan resumes.

Pakistan Embassy in Abu Dhabi warns community members to beware of agents who offer them airline tickets on special flights.

“This is to inform Pakistani community members in the UAE that some agents are offering tickets for ‘special flights’ from the UAE to Pakistan. Beware of such people and instead contact the respective airlines to confirm the flights before purchasing any tickets,” the embassy statement further read.

Meanwhile, Pakistani diplomatic missions in Abu Dhabi and Dubai continue to register people who want to go back to Pakistan. The registration is done only through online resources, including the missions’ websites and on their Facebook accounts. The diplomatic missions advised people not to visit the consulate or embassy for registration.

Thousands of Pakistanis are stranded in the UAE after flight operations were suspended in the wake of the coronavirus pandemic spread.

An embassy spokesperson told Gulf News that that the data of Pakistanis is being collected to help the government make plans for their repatriation. He said the preference would be given to people who are stranded here on visit visas or those who have cancelled their work permits or lost their jobs.

According to the last collected data on Tuesday, around 25,000 people have so far registered at the Pakistani missions showing interest to go back home at the earliest. This includes some 20,000 people in Dubai and around 5,000 in Abu Dhabi.

An embassy official has also warned community people against paying any amount for registering with the consulate. “Some people complained that some typing centres are charging Dh50 to Dh70 as an ‘embassy or consulate fee’ for submitting their registration forms,” he said. He made it clear that the embassy or the consulate do not charge any registration fee.

A senior official at the Ministery of Foreign Affairs in Pakistan told Gulf News that the government has prepared plans to evacuate stranded Pakistanis from around the world. Some flights have already been operated. However, he was unable to give any date to resume flights to UAE or operate special flights from UAE to Pakistan. Pakistan has already extended the suspension of flights until April 14.

Meanwhile, Pakistani missions in the UAE continued to distribute ration among the needy community people. Any Pakistani community member who needs food can contact the consulate or the embassy. 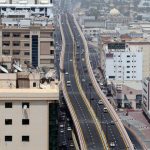 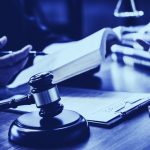