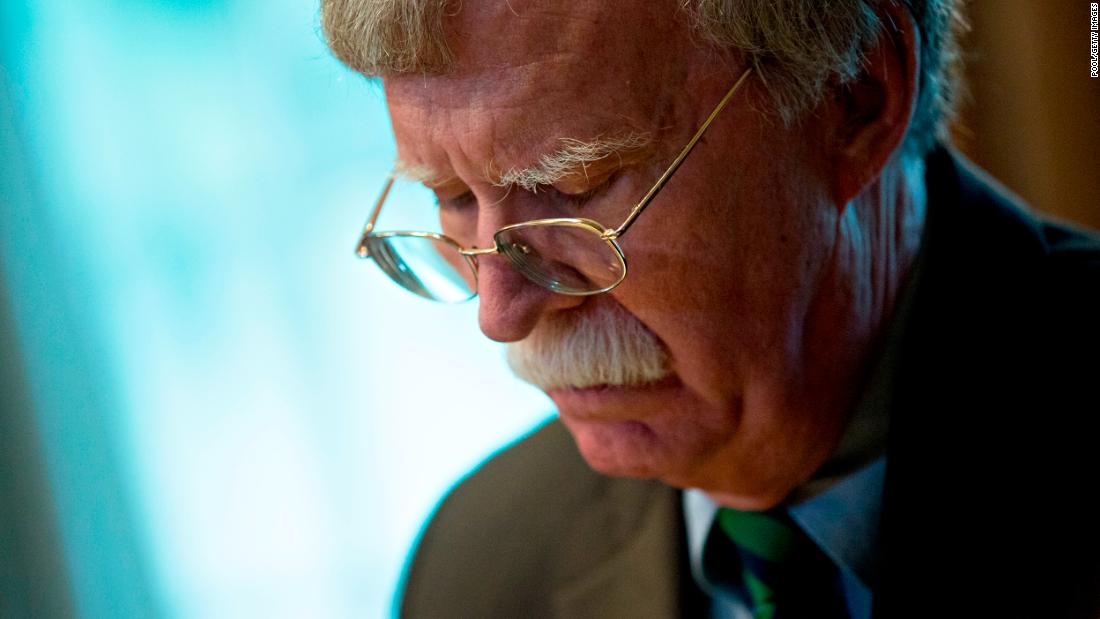 (CNN)The price of oilfell by 2.2% just minutesafter news spread that US National Security AdvisorJohn Bolton was out of a job. In an instant, the prospect of a catastrophic war in the Middle East seemed to recede dramatically.

Bolton is famously the man who never met a war he didn’t like (except Vietnam, which he avoided). And conflict with Iran was the war he seemed to like most.

In 2015, he penned an editorial in the (New York Times) entitled “To Stop Iran Bomb, Bomb Iran.” He was a regular (paid) speaker at the annual meetings of Mujahedin-e-Khalq (MEK), an Iranian exile group which for years was hosted by Saddam Hussain, and which until 2012 was on theUS State Department’s terrorist list.

At his most recent appearance at a MEK meeting, in 2018, Bolton declared: “The behavior and the objectives of the [Iranian] regime are not going to change and, therefore, the only solution is to change the regime itself. “

He has previously advocated for regime change in Venezuela, Iraq, North Korea, Libya and Syria, to name a few.

Bolton was, mostly via his perch at Fox News, one of the most vocal critics of the 2015 Iran nuclear deal. He assumed the position of National Security Advisor in April 2018 and, a month later, the US unilaterally pulled out of the agreement.

With Bolton gone, the mantle of Iran hawk now passes to Secretary of State Mike Pompeo. But, unlike Bolton, Pompeo seems to have prioritized his relationship with President Trump.

A recent profile of Pompeo inThe New Yorkerincluded a quote from a former senior White House official describing the Secretary of State as “among the most sycophantic and obsequious people around Trump.” A former US ambassador told the article’s author that Pompeo is “like a heat-seeking missile for Trump’s ass.”

The departure of Bolton may change the style of Trump’s position on Iran, but perhaps not the substance.

Washington’s policy of “maximum pressure” is designed, according to Pompeo, to change Tehran’s behavior. But going by the severity of the sanctions, they appear designed to bring Iran to its knees.

“We’ve now made Iran economy a shambles, “Pompeo boasted toABC’s George StephanopoulosSunday, describing the effect of US sanctions. “We think their economy could shrink as much as 10 or 12% in the year ahead. “

With Bolton out of the way, such a meeting can now go ahead without much resistance within the Trump White House.

It’s not clear, however, what might come out of a Trump-Rouhani meeting. If we look at the example of North Korea, while the nature of the relationship between Trump and Kim Jong Un may have changed –the leaders now exchange “love letters”instead of insults – the underlying issues, such as North Korea’s nuclear program, international sanctions, and so on, remain unchanged.

Without sanctions relief, or the promise of it, the Iranians are unlikely to play like Kim.

Also mitigating against a dramatic shift in US-Iran policy is Israeli Prime Minister Benjamin Netanyahu, who has lobbied successive American administrations to take a harder stand on Tehran.

Trump has been more than willing to grant Netanyahu almost all his wishes. He has recognized Jerusalem as Israel’s capital and moved the US embassy there, cold-shouldered and cut funding to the Palestinian Authority and to the UN agency for Palestinian refugees, and closed down the Palestinian diplomatic mission to Washington.

After months of bellicose rhetoric on Iran, this summer Trump began to change his tune. Rather than bomb Iran, he began to toy with the idea of ​​talking with it.

So has Trump gone cold on confronting Iran? The 2020 elections loom large and the prospect of war with Iran combined with the real possibility of an economic downtown in the US could spell disaster for the President.

Never big on loyalty, Trump dumped Bolton unceremoniously. The loudest voice for confrontation with Iran has now been banished to the wilderness, or perhaps to Fox News, from whence he came.

While it’s always dangerous to try to predict Trump’s actions, there is now a real prospect of a slight improvement in the long and unhappy relationship between the US and Iran.

Trump is not known for his deep understanding of the complexities of the Middle East, or for a thoughtful approach to the delicate affairs of state.

Nor has he ever expressed much interest or sympathy for those who live here. But perhaps by design or – more likely – by happy coincidence, by dumping Bolton, President Trump may have made war less likely. 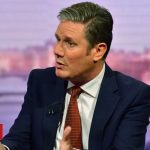