Election strategist turned Janata Dal United leader Prashant Kishor has vehemently criticized the Assam citizen’s list, which left out the names of 19 lakh people in the state, who may face government action if they cannot prove they are Indians.

Calling it a “botched up” process, the National Vice President said it has left people as “foreigners in their own country”.

“Such is the price people pay when political posturing & rhetoric is misunderstood as solution for complex issues related to national security without paying attention to strategic & systemic challenges, “his tweet read.

A botched up NRC leaves lakhs of people as foreigners in their own country!

Such is the price people pay when political posturing & rhetoric is misunderstood as solution for complex issues related to national security without paying attention to strategic & systemic challenges.

Though a BJP ally, Mr Kishor’s party, the Janata Dal United, has been against the Center’s move to create thecitizen’s registerin Assam. But his comments – the strongest so far – has placed his party at the side of the opposition on this issue.

His boss, Bihar Chief Minister Nitish Kumar, is yet to comment on the matter – a silence that has been seen as a tacit approval.

Mr Kumar’s party, despite the alliance, has retained a divergent stand on various issues and has not been shy of expressing it. Earlier, they had vocally differed with the government on the matter of the Ram temple in Ayodhya. They were also against the government move on Kashmir, opposing it on the floor of both Lok Sabha and Rajya Sabha. But sensing an overwhelming support for the scrapping of the special status of Jammu and Kashmir, the party did a course correction and backed the law after the bills were passed. On criminalizing instant triple talaq too, the party had taken a divergent stand.

Earlier today, Bengal Chief Minister Mamata Banerjee also ripped into the BJP in a series of tweets. “Earlier I was not aware of the full NRC fiasco. As more and more information is coming in, we are shocked to see that names of more than 1 lakh Gorkha people have been excluded from the list,” one of her tweets read.

The Center’s move has even been criticized by the BJP’s local leaders in Assam, including the party’s key strategist in the northeast, Assam minister Himanta Biswa Sarma.

“The Names of many Indian citizens who migrated from Bangladesh as refugees prior to 1971 have not been included in the NRC because authorities refused to accept refugee certificates, “he said.

While the government has assured that the people left out of the list will not face action before being given a chance to prove citizenship, on the ground there are doubts that most, especially poorly educated rural people would be able to succeed .

Prashant Kishor has been hardly active in Bihar as a party boss. Sensing the BJP’s discomfiture with his presence, the party has even kept him out of the parliamentary elections – a fact which Prashant Kishor himself acknowledged by a tweet in the middle of election.

“NDA is fighting polls with all strength in Bihar under the leadership of Narendra Modi and Nitishji … The JDU has placed the responsibility of the election campaign on the experienced senior leader RCP Singh. My role in the initial phase of my political career is to learn and support the party, “his tweet read. 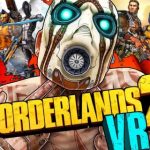 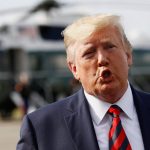