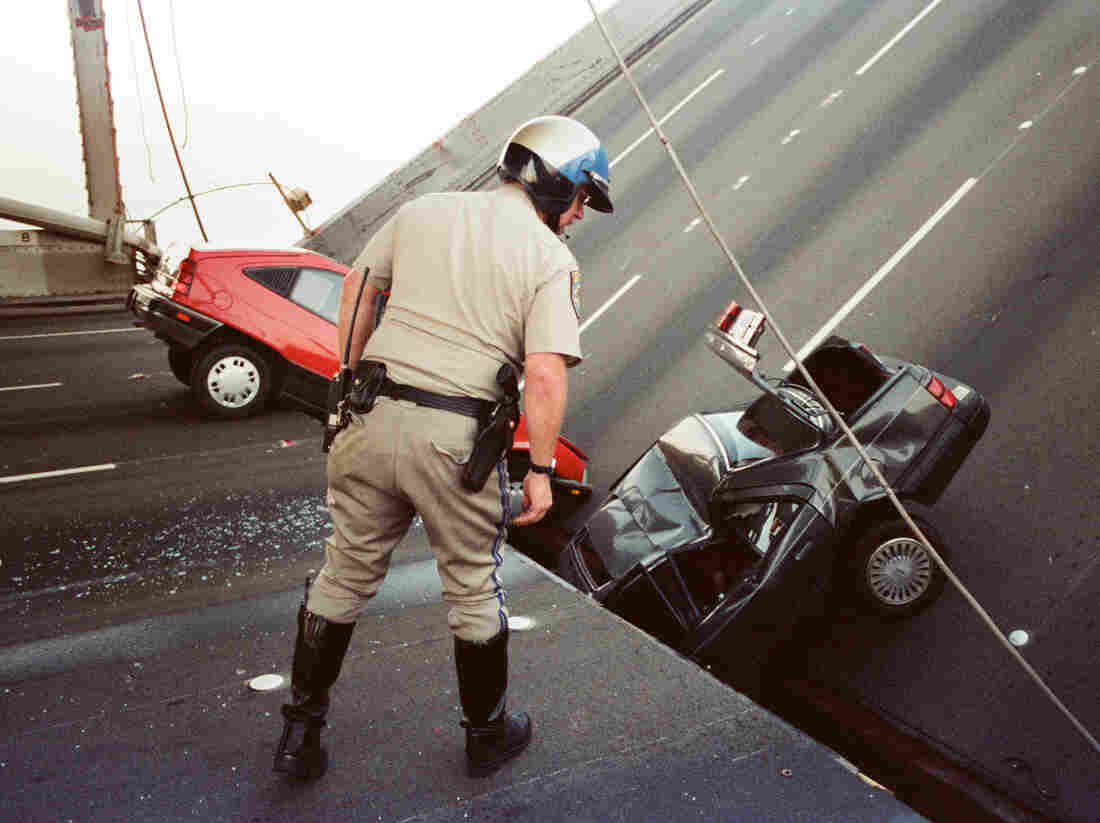 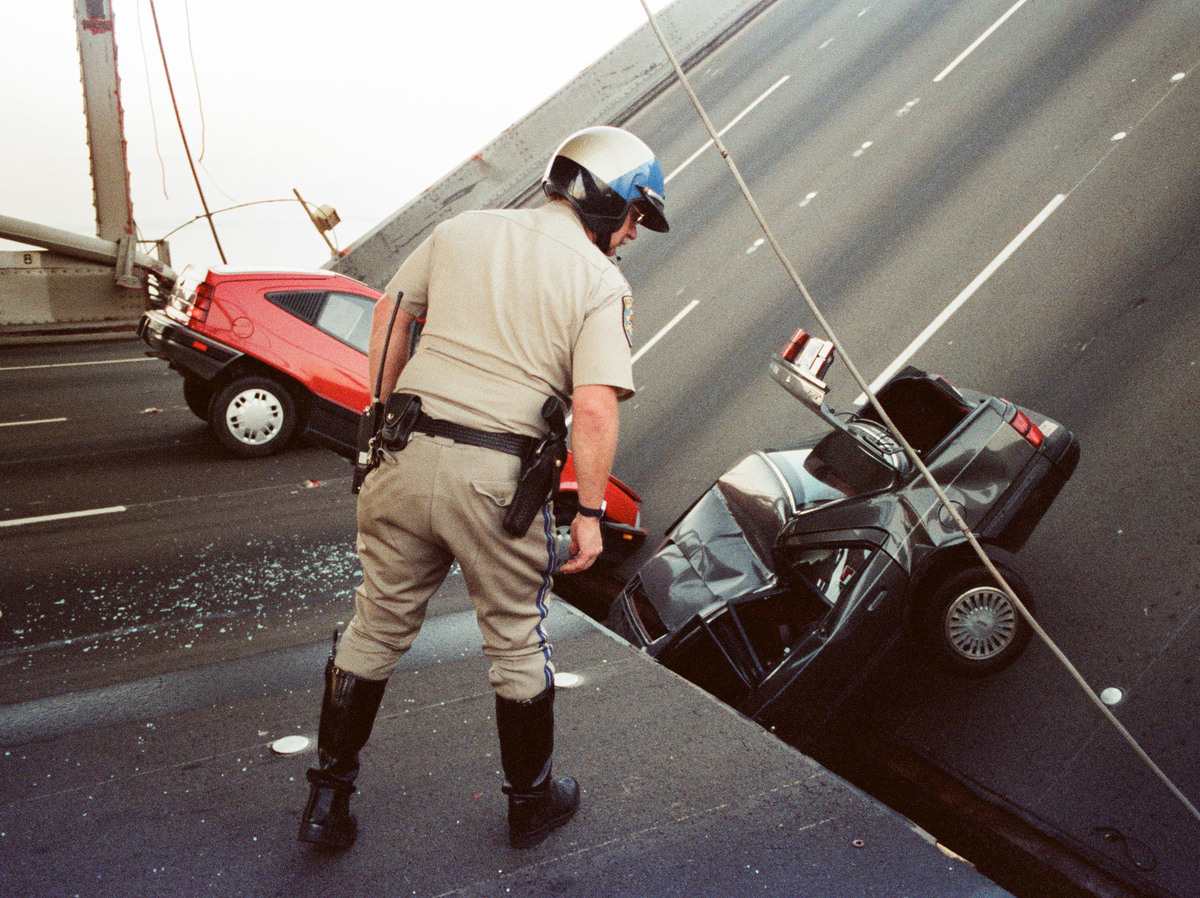 A California Highway Patrol officer checks cars that fell when the upper deck of the San Francisco Bay Bridge collapsed onto the lower deck after the 1989 Loma Prieta earthquake.

Scientists cannot yet predict when the next deadly earthquake will strike, but emergency response authorities in California plan to unveil the first statewide quake warning system Thursday, which marks the 30 th anniversary of the 1989 Loma Prieta earthquake.

The warnings will be issued in two ways: a cellphone app called MyShake and the more traditional wireless notification system that sends out Amber Alerts.

“The California Earthquake Early Warning System will marry a new smartphone application with traditional alert and warning delivery methods such as Wireless Emergency Alerts (WEA). The system uses ground motion sensors from across the state to detect earthquakes before humans can feel them and will notify Californians so that they can “Drop, cover and hold on” in advance of an earthquake, “the California Governor’s Office of Emergency Services said in apress releaseannouncing system launch on Thursday.

The California Earthquake Early Warning System is a joint project of the Office of Emergency Service, the US Geological Service, UC Berkeley, CalTech, and others.

Thesystemuses seismic monitoring sensors located throughout the state set to detect the start of a quake. That information moves through high-speed communications pathways to computers that identity the location and strength of a quake and then sends out alerts before severe shaking occurs in an area. The alerts will give people a second to tens of seconds to take potentially life-saving action.

The system was tested this week when residents of the San Francisco Bay Area and Central California were jolted by a magnitude 4.5 quake and a 4.7 quake respectively. Alerts hit phones with a median time of 2.1 seconds in the first case and 1.6 seconds in the latter,saidRichard Allen, director UC Berkeley Seismological Laboratory.

Authorities say the system is promising but far from perfect.

“The California Earthquake Early Warning System is based on innovative technology that will improve over time. In rare circumstances, you may receive a ShakeAlert when there was no earthquake,” the announcement of the system said.