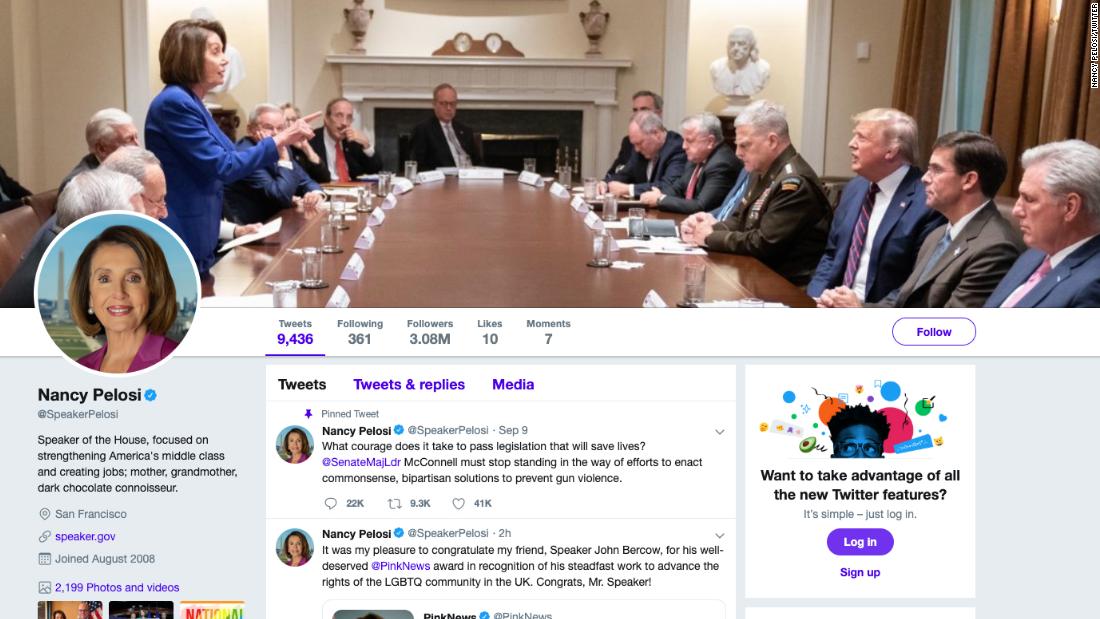 Washington (CNN)House Speaker Nancy Pelosi on Wednesday redirected an attack from President Donald Trump on Twitter, turning a photo he had tweeted of her during acontentious White House meetingwith the caption “Nervous Nancy’s unhinged meltdown!” into her Twitter cover shot.

The image released by the White House shows the California Democrat standing with her finger pointed at a seated Trump during a meeting in which congressional Democratic leaders said the President had a “meltdown . “

Pelosi’s deputy chief of staff Drew Hammill noted the change on Twitter,writing, “Thanks for the new cover photo @realDonaldTrump!”

Reporters were not allowed in the meeting Wednesday and CNN does not typically report on photos released by the White House because they cannot be independently verified as an accurate depiction of the events in the room. Pelosi reclaiming and promoting the image that Trump meant as an attack, however, marks a notable – and newsworthy – exception.

Democratic leaders were at the White House for a meeting on Syria, which came shortly after the Houseoverwhelmingly in a bipartisan votepassed a resolution opposingthe Trump administration’s troop withdrawal.

Speaking to reporters after the meeting, the top congressional Democrats said they had walked out. Senate Democratic leader Chuck Schumer of New York said they had done so when Trump “started calling Speaker Pelosi a third-rate politician.”

“He was insulting, particularly to the She kept her cool completely, but he called her a third-rate politician, “Schumer said. “This was not a dialogue, it was sort of a diatribe. A nasty diatribe, not focused on the facts.”

Pelosi later said Trump had actually referred to her as a “third-grade politician.”

White House press secretary Stephanie Grisham described the meeting differently, saying in a statement that Pelosi “had no intention of listening” and that Trump had been “measured” and “decisive.”

Later Wednesday, the President tweeted a series of photographs from the meeting along with insults. In one tweet, he called Pelosi “a very sick person!”

Tensions between congressional Democrats and the White House have escalated sharply in recent weeks as Democratspush forward in their impeachment investigationinto Trump and his contacts with Ukraine. Lawmakers have conducted a steady stream of closed-door depositions this week as part of the inquiry. 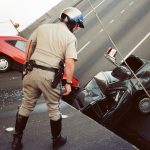 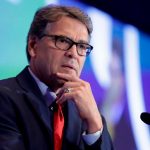