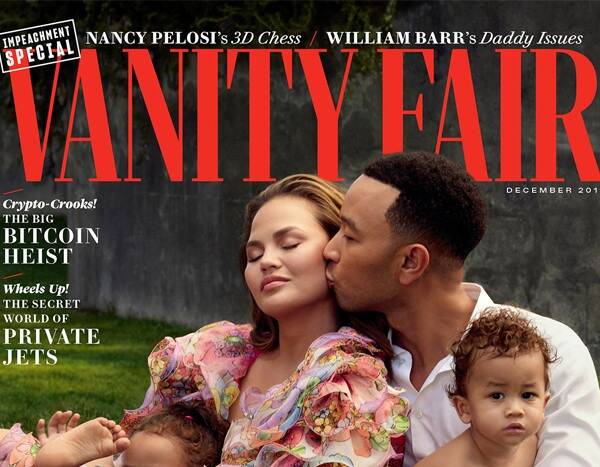 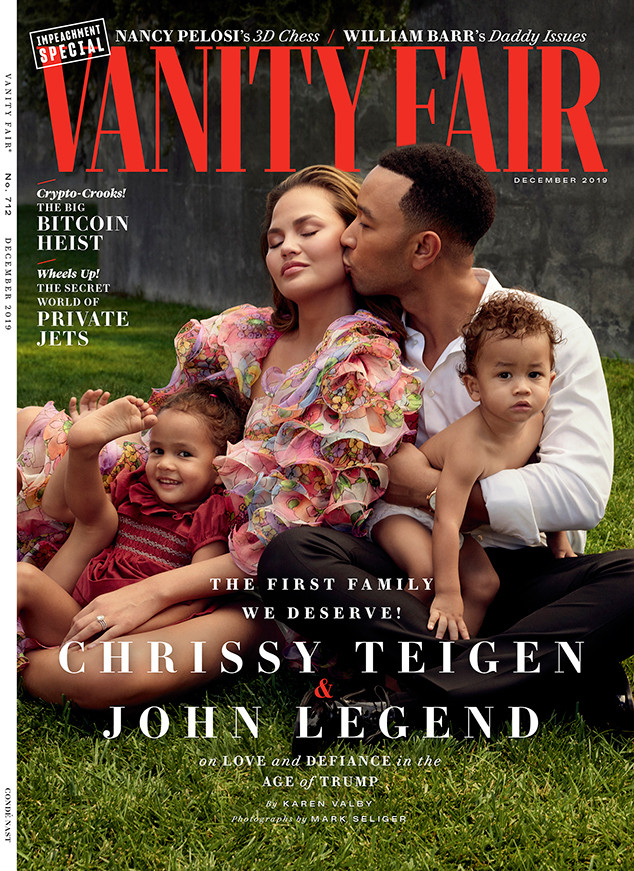 Get ready for cuteness overload!

Chrissy Teigen,John Legendand their two kids,LunaandMiles, graced the cover ofVanity Fair‘s December (issue) , which was released on Monday. The family photo showed the40 – year-old EGOT winnerkissing the 33 – year-old cookbook author’s cheek while their little ones snuggled up next to them. The kiddos certainly stole the show, too. Their 3-year-old daughter gave a sweet smile as she playfully kicked up her foot for the camera. Just like her mom, she was also a total fashionista, wearing a dress by AMAI. As for her 1-year-old baby brother, he looked adorable as he posed in his diaper and nestled in his dad’s arms.

The cover wasn’t the only precious pic in the issue. There were also photos of the family members enjoying an impromptu dance party in their backyard, dressing up in costumes and enjoying a bubble bath. What’s more, there was a sweet snapshot of Legend and his son sitting at the piano.

In addition, readers got a small glimpse into the family’s household. For instance, the writer set the scene of a typical Sunday afternoon. According to the magazine, Luna was “running away” from her baby brother, “who desperately wants to hug her.” The little lady also wore a bright orange, one-shoulder bathing suit and asked her dad to put on his trunks. Apparently, the “All of Me” artist had promised to take her for a swim after her nap. But after they jumped in and found the water to be too cold, they decide to give it another go the next day.

“Did you hear that? It will be better tomorrow,” Legend told Luna. “Tomorrow, we rise and shine.”

Luna also revealed what she wanted to be for Halloween this year, claiming she hoped to dress up as a good fairy. When Teigen questioned this decision, noting Luna had previously expressed desire to be Darla fromThe Little Rascals, her firstborn, as the writer put it, gave “her best attempt at an eye roll.”

“I hate pretending that we do it on our own,” Teigen said after a nanny put0 her son down for a nap. “We have daytime help, nighttime, weekend. I don’t know how my mom did it.”

Family was certainly a focus of the cover story. During their interviews for the piece, Legend and Teigen opened up about their upbringings and the hardships they both had to overcome. They also talked about several other topics, including who they planned to vote for in the 2020 presidential election, Teigen’sTwitter feudwith presidentDonald Trumpand her battle with anxiety. According toVanity Fair, Teigen said her anxiety can prevent her from holding onto memories, whether they be good ones or bad ones. For instance, her wedding day is reportedly a blur as is the time in high school when her mother went to Thailand and didn’t come home for years. In addition, the two stars talked about their relationships withKim KardashianandKanye West.

“I’m not trying to disown Kanye because I still love him and love everything we’ve done together creatively,” Legend told the publication . “But we were never the closest of friends.”

Thank you for subscribing.

We’re sorry. an error has occurred

We and our partners use cookies on this site to improve our service, perform analytics, personalize advertising, measure advertising performance, and remember website preferences. By using the site, you consent to these cookies. For more information on cookies including how to manage your consent visit ourCookie Policy.

This content is available customized for our international audience. Would you like to view this in our US edition?

This content is available customized for our international audience. Would you like to view this in our Canadian edition?

This content is available customized for our international audience. Would you like to view this in our UK edition?

This content is available customized for our international audience. Would you like to view this in our Australian edition?

This content is available customized for our international audience. Would you like to view this in our Asia edition?

This content is available customized for our international audience. Would you like to view this in our German edition?

This content is available customized for our international audience. Would you like to view this in our French edition?