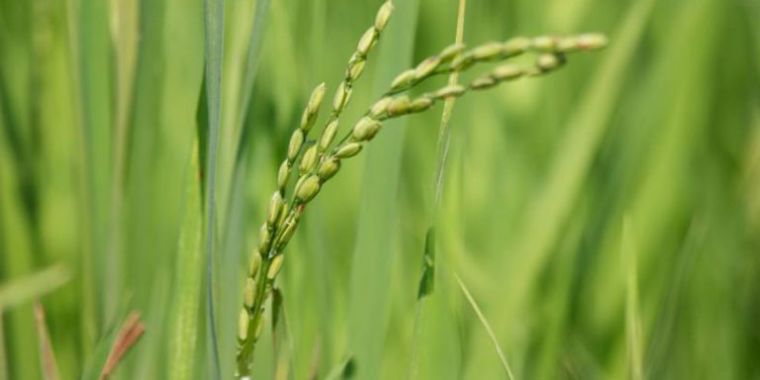 Bacterial blight attacks rice crops in Southeast Asia and West Africa. It is a very well-studied crop disease, and it often serves as a model system to examine the interactions between microbes and their host plants. The pathogen is called Xoo, forXanthomonas oryzaepathovaroryzae, and it makes its living by hijacking a number of rice genes that export sugars.

Now, researchers have figured out how to edit the rice’s genome to block this hijacking.

Xoo secretes TALes (transcription activator-like effector molecules) that bind to the DNA near the rice’s SWEET genes, activating them . These SWEET genes (Sugars Will Eventually Be Exported Transporters) are ubiquitous in plants. As their name indicates, the SWEET proteins transport sucrose across the cell membrane. Their expression is required for susceptibility to Xoo.

Researchers thought that modifying the rice SWEET genes would confer resistance to Xoo, especially since natural-occurring resistance has arisen this way . But thus far, only a few Xoo strains have been characterized genetically, so it wasn’t clear whether it had additional ways of attacking its host.

In order to see how to most efficiently render the rice resistant to Xoo — which of the rice’s SWEET genes to change, and how — an international team of scientists first examined 63 strains of Xoo, 33 from Asia and 30 from Africa. All of them were found to use TALes to induce the expression of SWEET genes.

As a proof of concept, the scientists then used CRISPR to edit the DNA near three SWEET genes in Kitaake rice. This editing specifically targeted the DNA sequences that the TALe proteins stick to but left the surrounding DNA intact. It’s far more specific than could be expected to occur simply by selecting for naturally occurring variants.

The engineered rice was resistant to all known Xoo strains. The Kitaake cultivar is a variety ofjaponicarice that is optimal for such studies since it has a quick flowering cycle and high regeneration. In the future, this new resistant line can serve as a diagnostic test to assess the virulence of any new Xoo strains that crop up.

Since it is a variety ofjaponica, it can also be harnessed to breed the resistant trait into Japanese and Chinese rice. But it is not ideal for breeding with theindicavarieties that are grown in most of Southeast Asia and Africa.

So next the team used CRISPR to modify two rice mega varieties — those grown over a million hectares. In paddy experiments, the edited rice grew normally and performed much like its unmodified parents in terms of plant height and other agriculturally relevant metrics. Critically, it was resistant to three representative strains of Xoo. Although encouraging, the researchers note that these results hardly provide a sound base for going out and planting fields of the stuff; much more extensive field trials are required, along with complete sequencing to ensure that CRISPR did not generate any off-target DNA edits.

Rice has over 20 SWEET genes, and only three are naturally targeted by Xoo. “Broad resistance to bacterial blight at the SWEET promoters will not prevent adaptation of the pathogen, and the durability of this approach will depend on the ability of Xoo populations to adapt to recessive resistance alleles,” the authors sagely note. They suggest that making large changes in the SWEET gene promoters might delay Xoo’s ability to overcome the engineered resistance. 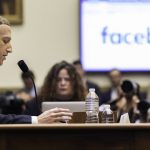 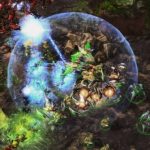