Cupid was late this year. More than eight months late.

Hundreds of people reported on social media that overnight they had received texts from partners, employers and even dead family members that were originally meant to arrive in February. Many were sent on Valentine’s Day.

Alana Johnson, a children’s librarian at the Los Angeles Public Library, says the glitch resulted in her boss receiving a text from her at 1: 15 am saying she would be out sick. “Thankfully she was kind about it,” Johnson said.

Some referred to receiving “ ghost texts. ”The texts appeared to be sent or received from cellphones with different operating systems and a wide range of carriers, including Sprint, T-Mobile, AT&T and Verizon.

Third-party text platform Syniverse said that regular maintenance by its IT staff caused 168, 149 previously undelivered text messages to be sent to subscribers from multiple mobile operators.

“We apologize to anyone who was impacted by this occurrence, ”William Hurley, Syniverse’s chief marketing and product officer, said in a statement. “While the issue has been resolved, we are in the process of reviewing our internal procedures to ensure this does not happen again, and actively working with our customers’ teams to answer any questions they have.”

T-Mobile said in a statement that it was a third-party vendor issue that has been resolved but didn’t provide further information. Sprint and AT&T did not immediately respond to a request for comment.

Many users believe that only their carrier and intended message recipient have access to their texts. But the ghost text incident reveals a more complicated infrastructure.

Jon Callas, a senior technology fellow with the American Civil Liberties Union, said text messaging technology is “an incredible mess of software,” in which multiple intermediary parties stand between users and carriers. That structure has the potential to create a number of privacy and security issues when a third-party vendor glitches or has its data compromised.

Tasia Bass, a graduate student at Michigan State University, says she received four texts in the middle of the night, while others reported receiving texts from her. She said she shared her story on social media in part to make sure she “wasn’t crazy.”

So I got a text from my wife at 3: 40 am that she never sent. I work on software that sends out automated SMS’s, and have received a bunch of notes from customers today about receiving unexpected messages. And a twitter search for “ghost text” shows a lot of results.

Samantha Majorczak, an Arizona-based cashier and college student, said shereceived a textthat said “How is your day going?” from her father who died in March.

“I immediately started crying , “said Majorczak.” He used to text me every morning, and after going eight months without any messages, I was in complete shock. ” 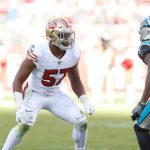 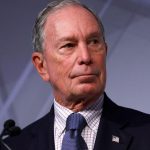