NEW DELHI: In a major recognition to Prime Minister Narendra Modi’s ambitious Swachh Bharat Abhiyan, the US based Bill and Melinda Gates Foundation will confer the PM with an award for his clean India initiative which was launched during his first term at the Center in 2014.
The foundation has decided to honor Modi with the award during his visit to the US later this month.
Minister of state in the PMO, Jitendra Singh on Monday made the announcement and said, “Another award, another moment of pride for every Indian as PM Modi’s diligent and innovative initiatives bring laurels from across the world. PM Modi to receive award from Bill Melinda Gates Foundation for #SwachhBharatAbhiyaan during his visit to the United States “.

Swachh Bharat Abhiyan, or the Clean India Mission, was one of the first few ambitious projects that PM Modi launched immediately after the BJP-led NDA came to power in 2014. The project was launched as a tribute to Mahatma Gandhi on his birth anniversary on October 2, 2014.
PM Modi is traveling to the United States later this month to attend the annual session of the United States General Assembly. Government estimates claim over 89% houses in villages now have got sanitary toilets. 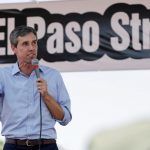