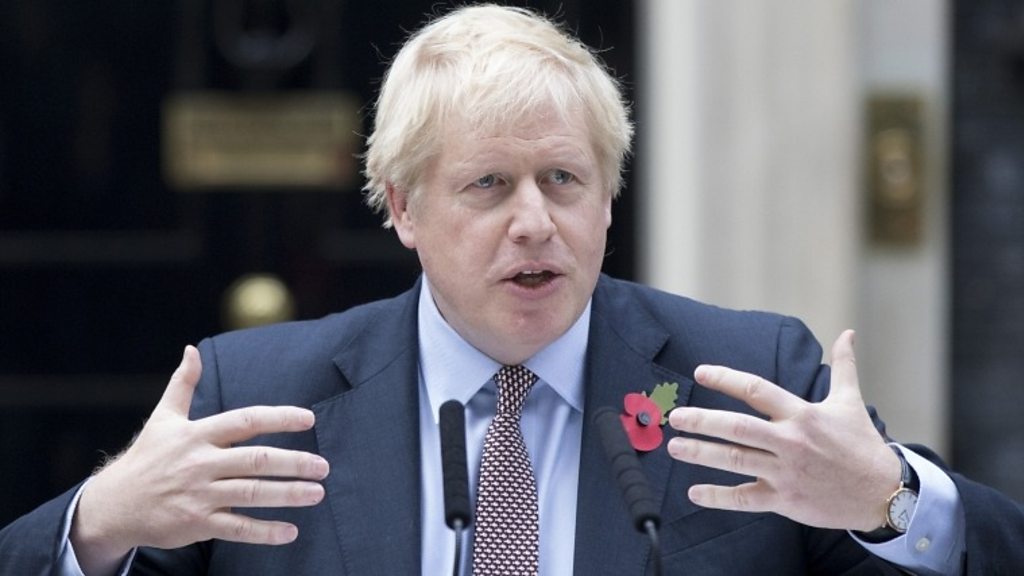 Boris Johnson says the Tories will get Brexit “over the line” if they win the general election and “unleash the country potential”.

In a statement outside No 10 marking the start of his campaign, Mr Johnson said if returned to power he would end the “paralysis” in Parliament and take the UK out of the EU in January.

A Labor victory would mean a “horror show” of further Brexit delay, he said.

But in a blow to the PM, Alun Cairns has resigned as Welsh secretary.

Mr Cairns quit the cabinetafter claims he knew about a former aide’s role in the “sabotage” of a rape trial.

The BBC’s assistant political editor Norman Smith said while Mr Cairns was not a “big name” outside of Wales, his exit was a “major disruption” and Mr Johnson clearly ” needed to get a grip “of a campaign that was” on the brink of disarray “.

The resignation has compounded an already problematic start to the campaign for the party, which has seen two Tory candidates apologize for comments about victims of the Grenfell tragedy.

Party chairman James Cleverly said Jacob Rees-Mogg and Andrew Bridgen’s remarks about the actions of Grenfell victims had “caused hurt and distress”, telling BBC Breakfast: “We don’t always get things right and when we get it wrong we apologize. “

Elsewhere, as the starting pistol is fired on five weeks of official campaigning:

The prime minister met the Queen at Buckingham Palace on Wednesday morning, marking the official start of the election period in the run-up to the 12 December poll.

Speaking later outside Downing Street, Mr Johnson said he did not want to call the election but had been forced to act in the face of Parliament’s efforts to block his “great Brexit deal “.

If his” modern and compassionate “party won the election, he said he would take the UK out of the EU within six weeks, a move which would release a “flood of pent-up investment” in the economy.

In contrast, he said a Labor victory would result in another referendum and a second vote on Scottish independence.

“If I come back with a working majority, I will get Parliament working again,” he said.

“Come with us and get Brexit done and take the country forward or spend the whole of 2020 in a horror show of dither and delay. “

A tricky start for the Tories

The simple fact is that the Conservatives would love to be talking about their all-singing, all-dancing campaign launch happening later today.

But campaigns have an alchemy and the Tory campaign has bad chemistry in these opening days.

One cabinet minister told me yesterday that “if we can hold our message, if we can stick to the core idea that we are the ones who can wrap up the mess of Brexit and be able to move on we will be OK “.

They definitely could not stick to that yesterday. At the same time, campaigns are a bit like pouring concrete. They take a while to set.

Inside the Tory party, as in all the parties, they know that the first few weeks are important to set out the parameters but days on their own don’t mean in a few weeks time the balance will be the same.

Parliament was dissolved – or formally shut down – at just after midnight, meaning all MPs revert to being members of the public.

The PM’s audience with the Queen lasted about 20 minutes. While the election has already been approved by MPs, the monarch still needed to sign a royal proclamation confirming the end of the last Parliament.

At his own campaign event, Mr Corbyn said he would be a “very different kind of prime minister” who “only seeks power in order to share power” .

He said Labor is “well prepared and utterly determined” to win power to “transform” the country and said recent comments by Tory candidates about the Grenfell tragedy were “shameful “and suggested his opponents felt there were” above us all “.

He said the election was a once-in-a-generation chance to “tear down the barriers that are holding people back” and to “rebuild” the NHS, schools and the police force.

Mr Corbynhas previously saida new Scottish independence referendum was not “desirable or necessary” – but the SNP’s Nicola Sturgeonsaid she believedLabor would give the go-ahead for one if in government.

Wednesday’s dissolution ended the shortest parliamentary session since 1948, with the Commons having met for only 19 days since thestate openingon 14 October .

What question do you have about the general election?

Use this form to ask your question or get in touch using # BBCYourQuestions: 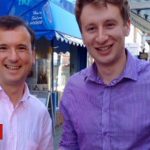 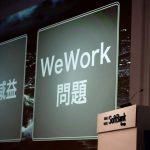