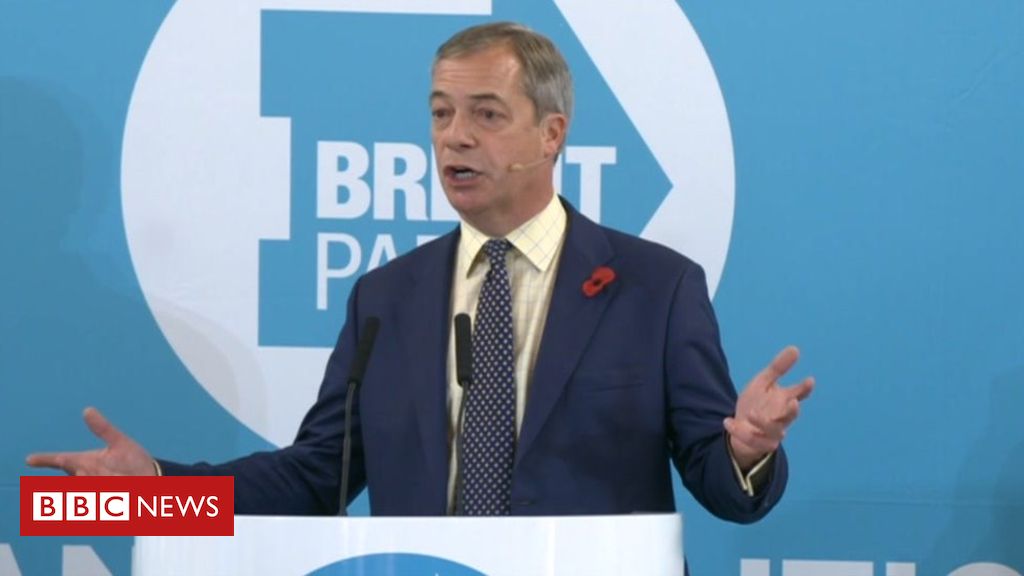 Nigel Farage has said the Brexit Party will try “for a few more days” to agree an electoral pact with the Tories.

Campaigning in south Wales, he said his party would beat Labor in “many constituencies” in the region if the Conservatives withdrew from the field.

But he said Boris Johnson would have to abandon his deal with the EU , which was “not Brexit” but a “short term political fix” to win the election.

He also challenged the prime minister to ahead-to-head debateon the deal.

Speaking at a village hall, Mr Farage had this message for Mr Johnson: “If you really believe that this is a great new deal, or as you said in the last couple of days a fantastic deal, if you are really trying to tell the British public this gets Brexit done, let’s have a civilized head-to- head debate on what this EU treaty means and I’d be only be too happy to stand with Boris to talk this through. “

Last week, Boris Johnsonrejected suggestionsthat he should work with the Brexit Party during the

Plaid Cymru, Liberal Democrats and the Greens have agreed apro-EU electoral pactin 11 of the 40 seats in Wales.

Repeating his call for a leave alliance, Mr Farage said: “if that leave alliance was put to the country it would win a very big majority”.

Mr Farage denied trying to split the vote and accused the Conservative Party of not wanting to come to “any sort of accommodation”.

“I’m going to go on trying for a few more days and make the point that in Torfaen, and other constituencies here in south Wales, the Conservatives haven’t won for a hundred years, “he said.

“And they’re not going to win here on 12 December, there is no chance of them winning.

“So I would make this urgent plea to Boris Johnson and others – don’t split the Brexit Party vote here in south Wales.

“We are the challengers here in south Wales and if you’re not in the field we will beat Labor in many of these constituencies. “

Mr Farage said the prime minister should ditch his Brexit deal because “it’s not Brexit, it’s a short term political fix and an attempt to win a ge

He urged Mr Johnson to “make it clear that we absolutely have to leave” the EU “at some point in 2020, with or without any form of deal “.

That deal “must be a trade deal, not one based on regulatory and political alignment”, he added.

Mr Farage said his party was ready to fight all the Welsh seats, if there was no pact with the Conservatives.

Asked earlier on BBC Radio Wales how many seats his party would win, Mr Farage said: ” I’ve no idea. Do you know, when I launched the campaign for the European elections, going back to April this year, I had no idea how we would do.

“We comfortably topped the poll in Wales, coming first in many, many seats.”

Asked if he would publish an election manifesto, Mr Farage said he would produce what he called a “contract with the British people”.

He said it was 95 % ready and the party would launch it in the next few weeks. 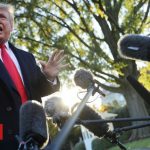 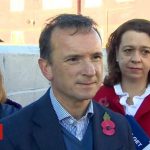