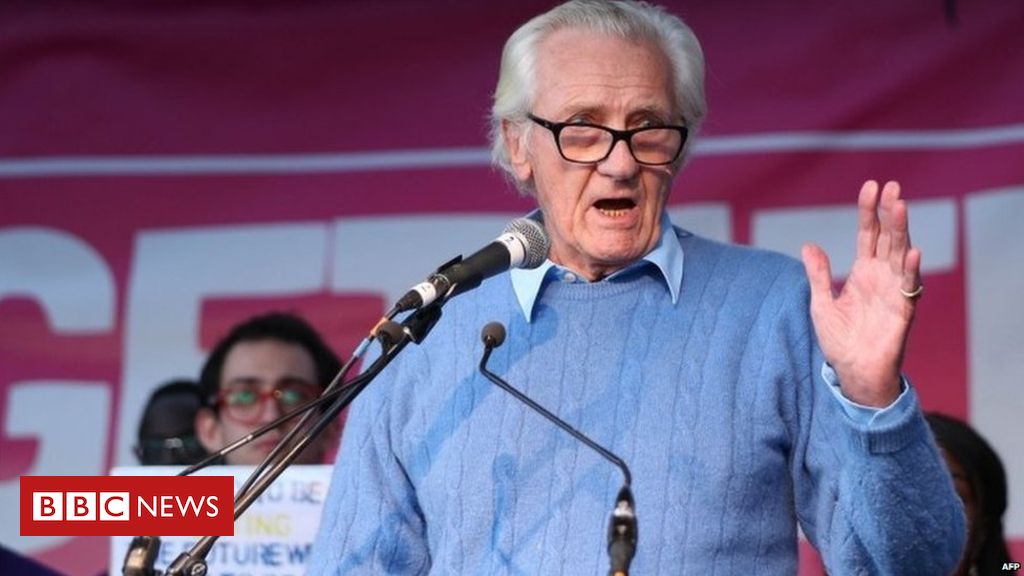 Lord Heseltine, who served under Margaret Thatcher and John Major, said Boris Johnson’s Brexit policy would be “utterly disastrous” for the country.

He said the PM’s “get Brexit done” by January slogan was “nonsense” and there was still a risk of a no -deal exit.

But cabinet minister Michael Gove said his ex-colleague was “wrong” on this.

Lord Heseltine, a passionate Remain supporter who backs another Brexit referendum,was expelled from the Parliamentary Conservative Party earlier this yearafter saying he would “lend” his vote to the Lib Dems in May’s European elections.

Speaking at an event in Buckinghamshire on Monday, he encouraged lifelong Tories to vote for the Lib Dems or three former Tory MPs – Dominic Grieve, Anne Milton and David Gauke – who are standing as independent candidates after being thrown out of the parliamentary party.

“I’m telling them [Tory voters] to vote for what they believe in and what the Conservative Party has stood for all my life and probably all theirs – and to p ut country first, “the 86 – year -old said.

“What I think that means in practical terms is they either vote for defrocked Conservative candidates – of which we have three excellent examples here – or they vote for the Lib Dems. “

“We got a fantastic new deal,” he added.

“The great advantage of the Conservative Party at this election […] is we’re ready to go, we ‘ ve got a deal that can take us out on 31 January. “

The prime minister has said if the Tories win the election, he will bring his EU withdrawal agreement back to Parliament before Christmas.

Mr Johnson has said the UK will then be able to negotiate a new trade and security relationship with the EU in less than a year, despite the fact most trade experts -andthe UK’s former ambassador to the EU– say it will take much longer.

The Conservatives have pledged not extend the transition period that will kick in after the UK leaves the EU, during which the UK would follow the bloc’s rules until the end of 2020.

If the UK and the EU don’t agree a deal by that point, the UK will default to World Trade Organization ( WTO) trading rules, which opponents of Brexit say is tantamount to a no-deal exit.

Lord Heseltine told Radio 4’s Today the reality of the Brexit process was very different to that painted by the PM.

“It is complete nonsense to suggest that this thing can be done by Christmas,” he said. “All you can do by Christmas is pass legislation to enter into negotiations. It is like the boxer saying, ‘OK you have been training, now you can get into the ring.

“We are in for another year of uncertainty and the possibility of a no-deal exit at the end of it. That is the reality of what we are facing if Mr Johnson gets an overall majority. “

He said he believed Labor could not win the election and therefore he and other pro-European Tories were free to back other candidates without putting Labor leader Jeremy Corbyn into Downing Street.

“I cannot vote or support people who are going to make the country poorer and less influential, full stop, end of story,” he said.

‘End of the bout’

The BBC’s assistant political editor Norman Smith said Lord Heseltine’s intervention was “extraordinary”, coming a day after former prime minister Tony Blair said he could understand why Labor voters might vote for the Lib Dems because of their anger over Brexit.

But Mr Gove said he “respectfully disagreed” with his former colleague, saying the peer’s support for further European integration put him at odds with his party – all of whose candidates supported the PM’s deal to take the UK out of the EU.

He said a victory for Mr Johnson would mean the boxing “bout” Mr Heseltine spoke about was over by the end of January.

Mr Grieve, Ms Milton, and Mr Gauke – who were part of the group of 21 MPskicked out of the Conservative Partyfor rebelling over Brexit in September – used Monday’s event to criticize their former party. 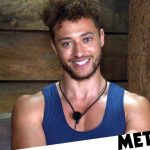 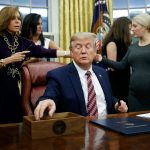