British backpacker Grace Millane died after being choked during a sexual encounter with her alleged killer, his murder trial has heard.

On the opening day of the trial at Auckland High Court, the jury was told how Ms Millane and the defendant went to several bars in the New Zealand capital after meeting on Tinder.

Their date on 1 December last year ended with them going back to where the suspect lived at a CityLife hotel in the city, where they were said to have engaged in a sexual encounter.

Referring to CCTV showing them together on the night, crown prosecution lawyer Robin McCoubrey said: “They were plainly comfortable in one another’s company that evening.

” From the footage, you’ll see them kissing. Both parties probably anticipated sexual activity. “

He also revealed that Ms Millane died from pressure to the neck, with a bruise found on the left side, adding she was strangled until she bled through her nose.

Defense lawyer Ian Brookie said she was strangled while she and the suspect – a 27 – year-old New Zealander who cannot be named for legal reasons – were having sex.

He told the court that Ms Millane “died as a result of what they consensually engaged in together”.

The act was “designed to enhance her sexual pleasure” and with the right technique could be acted out safely.

“It is clear this couple did not have that knowledge,” Mr Brookie said.

“What’s important here is that they were both keen to give it a go and they did.”

He added that the defense would be forced to go into detail about both Grace and the defendant’s sexual history and practices with other people.

“The defense is not doing this in any way to suggest that Ms Millane is to blame, she is not to blame , but because the crown say he is to blame, we need to show you why he is not, “he said.

” He is certainly not criminally responsible. “

The court heard how in a recorded police interview, the defendant gave a detailed account of how Ms Millane had taken charge as they had sex.

“She jumped on top and started showing me what she wanted to do, “the suspect said.

One of them was for Waitakere Ranges – a densely wooded area near Auckland where her body was found by police a week after she was last seen.

He also used Google to search for “the hottest fire” as part of his attempt to find somewhere to dispose of the body, rather than raise the alarm.

Mr McCoubrey said the defendant lied to police about what happened when he was first interviewed, telling officers he had parted company with Ms Millane after they had met for a drink. )

He later told them they had engaged in rough sexual intercourse involving biting and hitting, Mr McCoubrey said.

Afterwards, the defendant allegedly told police he fell asleep in the shower, then woke up and went back to bed.

He was quoted as saying: “I woke up the next day and saw that she was lying on the floor. I saw that she had blood coming from her nose. “

Mr McCoubrey told the court:” You will have to consider what (the accused) did next. If something had gone wrong, or someone fell unconscious and it was an accident, you’d expect someone to call for emergency assistance. “

He added that the defendant was not asleep in the shower, but was instead browsing pornographic websites and took intimate photos of Ms Millane.

The next day, he bought a suitcase in which he would later stuff her body and bury it in the remote woodland – it was found approximately 15 cm deep in the ground, detective Evan England told the court.

At the same time, he arranged another Tinder date with another woman who he met the same day as Ms Millane lay dead on his floor.

Later that day, 2 December, he met the second woman in the trendy Auckland suburb of Ponsonby.

They shared “a couple of drinks” and the defendant told her a story about someone he may have known who had been jailed for manslaughter after a woman died during rough sex that had “all gone wrong”.

This, said the prosecutor, showed he was “testing out a version of events that he may later have to rely on”.

The defendant had been contacted by police investigating the disappearance of Ms Millane because he had left a comment on a post on her Facebook page.

He wept in the court as his lawyer gave his opening statements on Wednesday.

Mr Brookie said his conduct after the death was “unlikely to tell you very much” about his prior intentions and described them as the actions of someone confronted with a shocking incident.

The defendant wept again when evidence from Ms Ms Millane’s father David was read to the court.

Mr Millane, who arrived at the court with Grace’s mother Gillian, said ” Gracie “was the youngest of three children and was close with her family, who are from Wickford in Essex.

She had traveled to New Zealand from Peru as part of a year-long trip after finishing university , and had previously had boyfriends and had exhibited no mental or physical health problems. 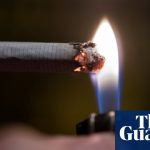 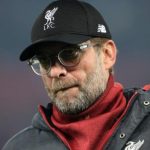