Great Microprocessors of the Past, Hacker News

Great Red Spot on Jupiter is perhaps not dying, or maybe it is – India Today, Indiatoday.in 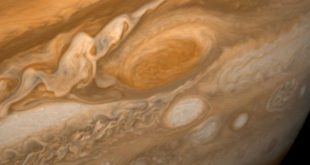 Apes may anticipate when a person will wind up believing something in error.

Theory of mind is the recognition that others have mental states, just as you do. It is the ability to put yourself in someone else’s shoes, to acknowledge that their mental state — their beliefs, their perspectives, how their experiences have shaped them — differs from your own. And therefore that, when people act a certain way, they are responding not to an objective reality but to their own particular perceptions of that reality, which are likely not the same as yours.

False-belief understanding lies at the crux of this concept. It involves understanding when another person has a mistaken belief, and a prerequisite for that understanding is figuring out what the other person believes. And now there’s some evidence that we’re not the only species with it.

Humans possess this theory of mind, along with its all-important false-belief understanding. But it is still an open question whether humans alone possess it. Our closest relatives, the great apes — bonobos, chimpanzees, and orangutans — have exhibited theory of mind in some experiments.

But it is possible that these other primates achieved this result by reading others’ behaviors instead of their minds. Now, Josep Call, who studies great apes as a means to determine how cognition evolves, gave the animals something called “the goggles test” and concluded that yes, they do have false-belief understanding.

The key to the goggles test is that there are two types of goggles that look the same, but one is translucent and the other is opaque. Call used white barriers instead of goggles, but it’s same idea. Half of the apes were shown the translucent barrier, and the other half the opaque one, so they could experience seeing through it (or not). Then all of the apes were shown a video in which an actor watched an object being hidden in a box, after which he “scuttled behind the barrier with legs visible below, to ensure that apes tracked his presence.”

Where does he think the object is?

After the actor was behind the barrier, the object was moved to a second box and then removed from the scene altogether. When the actor came back, he reached ambiguously between the two boxes, and the apes’ eye movements were tracked to assay their anticipation of where the actor would try to find the missing object. His reaching suggested that he held the false belief that the object was still there.

The apes who were exposed to the opaque barrier looked toward the first box where the object had been hidden. Since they couldn’t see through the barrier, they assumed that the actor also couldn’t — that he was responding not to where the object was, but to his false belief regarding its location. The apes who saw through the translucent barrier looked all over, assuming that the actor also saw through the barrier and recognized that the object had been removed. Similar results were seen in experiments done with 18 – month-old humans.

This is not absolute proof that animals have theory of mind and false-belief understanding. Gaze readings are typically an averaging of a lot of complex behavior, and so need to be treated with caution. But at the very least, it suggests that other primates may use their own perceptions and recollections about the past, rather than an actor’s behavior, to anticipate how that actor will act. 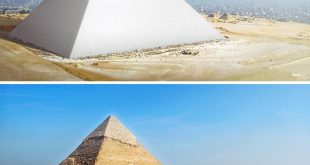 How the Great Pyramid at Giza Looked in 2560 BCE, Hacker News

The current outer surface of the Great Pyramid at Giza is made of rough limestone blocks, colored a dark sandy brown from hundreds of years of pollution and weathering. But when it was first built, there was a smooth layer of fine white limestone on the outside of the structure, all cut to the same…