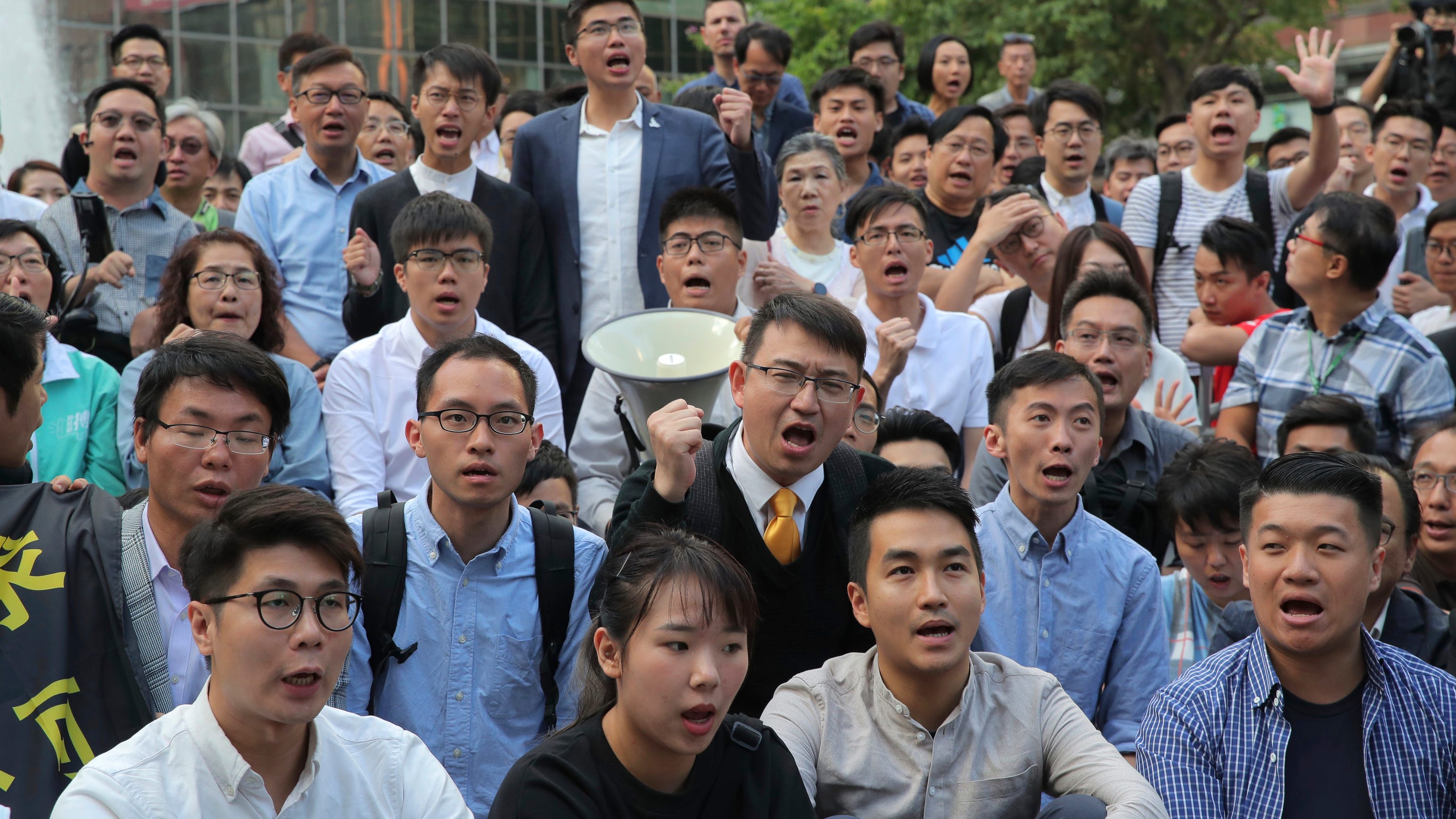 An Election Day landslide for pro-democracy candidates in Hong Kong has left the Chinese territory and the world wondering whether the results are “window dressing” or a bellwether for change.

The election Sunday was the first since anger over a proposed, Beijing-backed extradition law prompted almost six months of massive and sometimes violent protests. Hong Kongers expressed that anger at the polls,handing control of 17 of (district councils to pro-democracy leaders) . The only holdout was the Islands district, where eight of the 18 seats are given to pro-establishment rural chiefs.

“We can be happy for tonight and take a rest tomorrow,” Lester Shum, a student activist who won a seat, told theSouth China Morning Post, an English language publication in Hong Kong. “But we will need to keep up our fight the day after for the future of Hong Kong. ”

Why were the results important ?

The results mark a stunning reversal from the district councils elected four years ago, which included just 126 pro-democracy candidates and almost 300 backers of the establishment. Perhaps just as important was the turnout, a record-breaking 71 .2% of the electorate, or almost 2.9 million voters. Four years ago, the same elections drew a then-record 47% turnout.

What are the district councils?

Council members handle day-to-day operations of the city. They oversee transportation and public facilities and deal with citizen complaints. The elections normally are held with little fanfare, and the councils have no power over controversial Chief Executive Carrie Lam.

What triggered the revolt at the polls?

Hong Kong is considered a special administrative region of China that, when it was handed over by Britain in 1997, was promised a “high degree of autonomy” for 50 years. Pro-democracy residents of Hong Kong have accused China of encroaching on that autonomy and Lam of being complicit.

Will the election change anything?

Lawrence Reardon, an associate professor of political science at the University of New Hampshire and expert on Chinese politics, said the election results won’t change Lam’s policies but will make Lam and Chinese President Xi Jinping realize that they need to change tactics.

“Xi realizes that this is a long-term game, and that these elections are just window dressing that allow the populace to think they have some democratic say, “Reardon told USA TODAY. “They will continue to use the Chinese state media and their Hong Kong outlets to paint the demonstrators as hooligans and anti-Chinese.”

Another option for Xi, Reardon said, is to squeeze the Hong Kong economy even though it would hurt the mainland in the short term. But in the long term, Hong Kongers “will choose a stronger economy over political reforms,” ​​Reardon said.

What was the reaction in Beijing?

Chinese Foreign Minister Wang Yi said that “no matter what kind of things happen in Hong Kong” it will remain Chinese territory. “Any attempts to destroy Hong Kong or harm Hong Kong’s stability and development cannot possibly succeed,” he said. media on the mainland downplayed the results, with Xinhua news agency stating simply that all the seats had been decided.

“On the election day, some rioters harassed patriotic candidates,” the agency said. “The most pressing task for Hong Kong at present is still to bring the violence and chaos to an end and restore order.”

How did Hong Kong’s leadership react?

Lam cited “various analyzes and interpretations” of the results. “Quite a few are of t he view that the results reflect people’s dissatisfaction with the current situation and the deep-seated problems in society, “Lam said. She said her government will “listen to the opinions of members of the public humbly and seriously reflect.”

Police commissioner Chris Tang Ping-keung, whose officers have drawn bitter criticism for their handling of protests, said the election was conducted peacefully and took no issue with the results.

Defeated pro-establishment politicians included Junius Ho, who had made headlines when he unapologetically shook hands with men linked to attacks on pro-democracy protesters whom Ho viewed as traitors and thugs. After his defeat, however, Ho said he was “very moved” when the opposition congratulated him, adding that “being able to turn their violence into peace … is not a bad thing!”

Stanley Rosen, a political science professor and China expert at the University of Southern California, said he was “happy to see both Junius Ho and the new police chief make conciliatory comments instead of incendiary ones.”

“A step forward for Hong Kong,” he said.