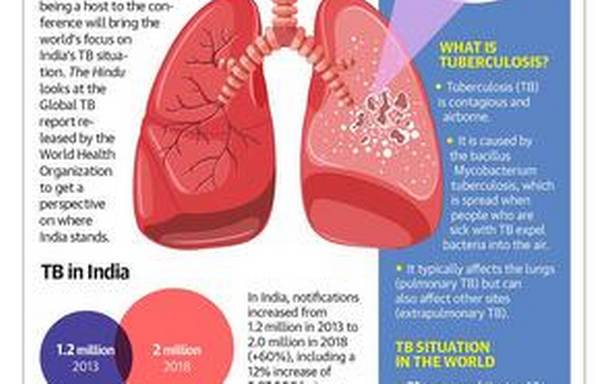 India is gearing up to host the 50 th Union World Conference on Lung Health from October 30 to November 2 in Hyderabad. While India continues to be among the high-burden countries, being a host to the prestigious conference will bring the world’s focus on India’s TB situation. Ahead of the conference,The Hindulooks at the recently released Global TB report by the World Health Organization to get a perspective on where India stands.

Tuberculosis (TB) is contagious and airborne.

It is caused by the bacillus Mycobacterium tuberculosis , which is spread when people who are sick with TB expel bacteria into the air; for example, by coughing.

It typically affects the lungs (pulmonary TB) but can also affect other sites (extrapulmonary TB).

About a quarter of the world’s population is infected with M. tuberculosis and thus at risk of developing TB disease.

TB situation in the world

It is also the leading killer of people with HIV and a major cause of deaths related to antimicrobial resistance.

The three countries with the largest share of the global burden were India (27%), China (14%) and the Russian Federation (9%) .

The Center has been extremely forthcoming in terms of budget, advocacy and commitment towards ending TB. It is very encouraging when the Center is open to new ideas and innovations and this attitude will go a long way. There is already a lot of focus on getting more human resources, research and development for new anti-TB drugs and awareness campaigns for behavior change. A more aggressive push can be given to these aspects.

The involvement of private practitioners in the government Revised National Tuberculosis Control Program has been a game -changer. The anti-TB drugs and investigations and very expensive in the private sector which often leads to patients dropping out midway. By involving private practitioners, the government has allowed the patients to be in the private sector and use the resources from the public sector. While this engagement is running well in Maharashtra, it needs to be strengthened in other States to fight TB better. 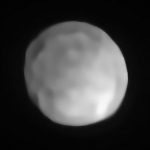 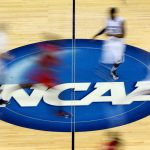