NEW DELHI: As part of the steps taken to boostexports, India will organize annual mega shopping festivals, similar to the ones held in Dubai, to facilitate exchange between global producers and consumers,financeministerNirmala Sitharamansaid on Saturday.

She said that these “mega shopping festivals” will be held at four destinations across the country and their themes will vary from gems and jewelery, textiles and leather to yoga, among others.

The finance minister also announced a new scheme – Remission of Duties or Taxes on Export Product (RoDTEP) – to incentivise exporters at an estimated cost of Rs 50, 000 crore.

India’s merchandise exports declined by 6. (per cent to $ 26. 13 billion in August compared to $ 27. 81 billion reported in the corresponding period of the previous year.

Sitharaman further said that steps will also be taken to enable the handicrafts industry to effectively harness e-commerce for exports.

“Special dispensation for facilitating and on-boarding handicrafts artisans and handicraft cooperatives directly on e-commerce portals to enable seamless exports, and mass enrolment of artisans across India with the help of the textile ministry and organizations like TRIFED and CIE will take place, “she said.

Sitharaman on Saturday announced a slew of measures to bolster declining exports. 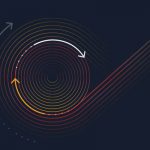 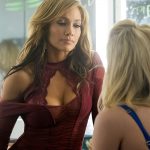