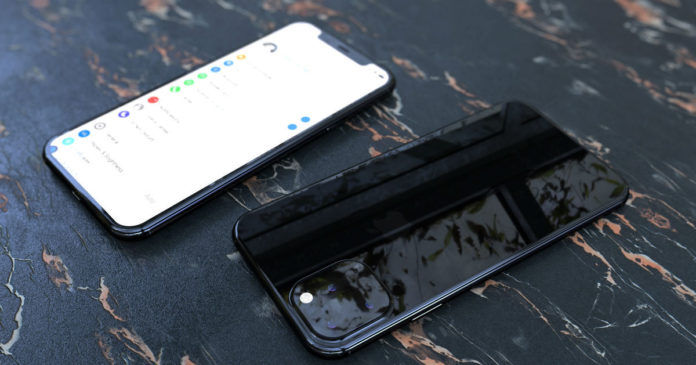 “Apple has scheduled its iPhone 11 launch event for September 10th and like last year, the 2019 iPhone is also expected to launch in three variants”

Apple’s iPhone 11 launch event is just around the corner, and with the date of launch confirmed for September 10th, speculations are now rife about what the new iPhones would bring to the table. After all the extensive leaks, a new leak surfaced in China yesterday, claiming to reveal all specifications of all the three variants of the iPhone. While there are no really surprising bits in the new leaks, it is an interesting piece of information, since it gives us a fair base to compare against the 2018 iPhones and gauge how much of an upgrade would the 2019 iPhones really be, over their predecessors.

Beginning with the iPhone 11, this variant is slated to be the “inexpensive” device, and essentially become a successor to 2018’s iPhone XR. Apple is expected to largely retain the same design language that it established with the iPhone X of 2017, with the only exception coming in the form of the camera module. The latest leak further corroborates the dual rear camera module in the entry level iPhone 11. However, this dual camera module is expected to look different from the dual camera modules on the present generation iPhone XS, featuring a rounded rectangular bump instead of the slim, oblong unit. 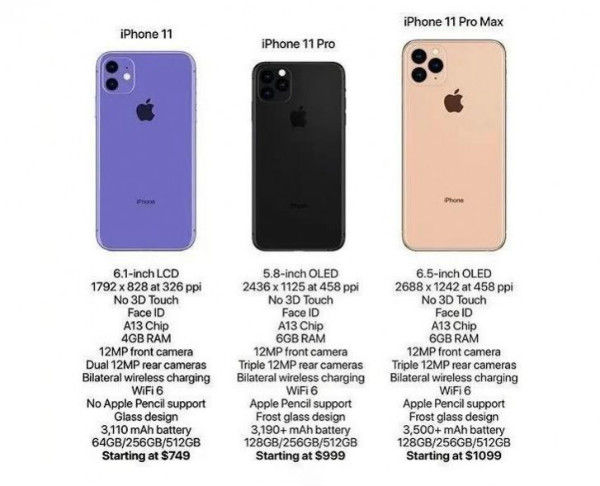 In terms of specifications, the iPhone 11 will certainly be powered by the new A13 7nm+ SoC, and is expected to come with 4GB of RAM onboard. Storage options are expected to be 64GB, 256GB and 512GB, while the display is expected to retain the Retina LCD panel, and not switch to OLED already. The display size is also expected to remain the same, at 6.1 inches, which in turn will likely make the iPhone 11 look the same as the iPhone XR from the front. 3D Touch is apparently being removed, having seen limited adoption so far. Face ID is being retained, and all the three cameras — one at the front and two at the rear, are expected to feature 12-megapixel sensors. The iPhone 11 will reportedly come with a 3,110mAh battery, feature a standard glass design, and come with the latest Wi-Fi 6 connectivity standard to offer gigabit-class internet speeds. The leak also mentions ‘bilateral wireless charging’, which likely includes reverse wireless charging across all variants of the new iPhone.

The iPhone 11 Pro is slated to succeed the iPhone XS, and feature the same display size, resolution and type. This variant is said to include 6GB of RAM, while storage options may begin from 128GB. To the rear, it may feature three 12-megapixel cameras, including telephoto and ultra-wide modules. Apart from this, the iPhone 11 Pro is said to come with Apple Pencil support, and feature a frosted glass rear panel. The battery pack is mentioned in the leak as ‘3,190mAh+’, so some confusion about this will remain until launch. 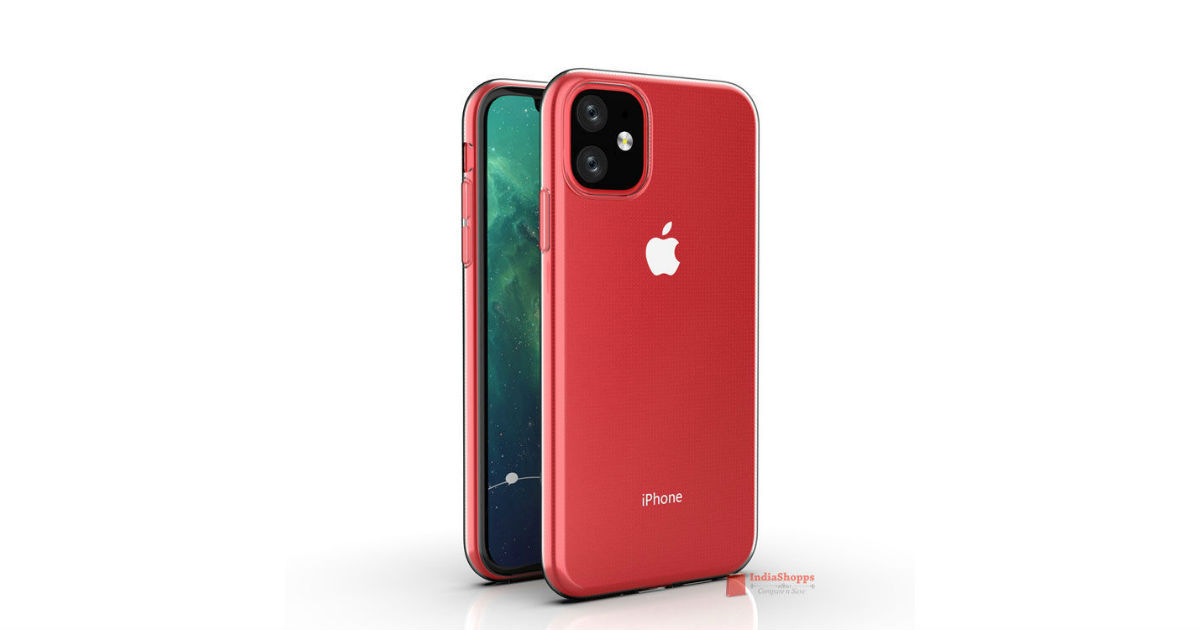 The biggest, most extravagant variant is expected to be the iPhone 11 Pro Max, featuring the same 6.5-inch display as the iPhone XS Max. All features of the 11 Pro Max will likely be the same as the 11 Pro, save the larger display and a larger, 3,500mAh+ battery pack.

While the leak may still be off point in some features, the overall specifications list tallies with most of the leaks that we have seen so far. It remains to be seen if the India prices of the new iPhones are any different this year, over last year. In 2018, the range-topping iPhone XS Max cost a whopping Rs 1,44,900 in India, sparking off questions of whether such exorbitant prices are even sensible for smartphones, even taking the diverse use case and longevity into account.

However, with the new FDI rulings in India, Apple might be inclined to look at the market with increased focus, and with talks of making iPhones in India now solidified, it remains to be seen if any of the benefits trickle down to Apple’s potential Indian consumers, through a more lenient pricing of the iPhone 11 lineup this year.