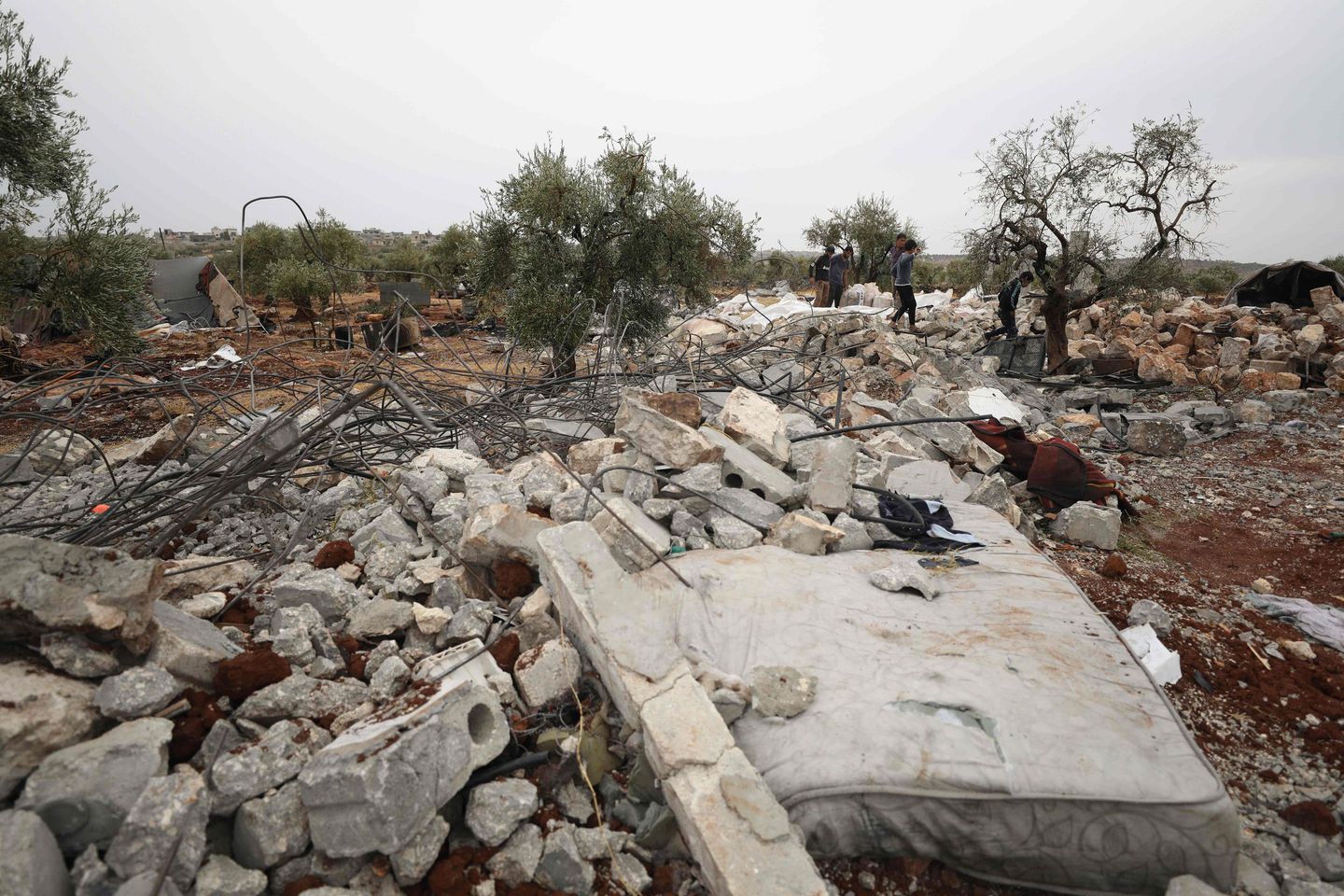 U.S. commandos zeroed in on Abu Bakr al-Baghdadi’s final hideout with the help of an extraordinarily well-placed informant, an Islamic State operative who facilitated the terrorist leader’s movements around Syria and even helped oversee construction work on his Syrian safe house, according to U.S. and Middle East-based officials knowledgeable about the operation.

The mole’s detailed knowledge of Baghdadi’s whereabouts as well as the room-by-room layout of his sanctuary proved to be critical inthe Oct. 26 Raidthat ended with the death of the world most-wanted terrorist, the officials said.

The informant was present during the assault on Baghdadi’s compound in the Syrian province of Idlib, and he was exfiltrated from the region two days later with his family. The man, whose nationality had not been revealed, is expected to receive some or all of the $ 25 million US bounty that had been placed on Baghdadi’s head, according to the officials. One official said he was a Sunni Arab who turned against the Islamic State because one of his relatives had been killed by the group.

The Islamic State defector had been cultivated as an asset by the Syrian Democratic Forces, the predominantly Kurdish militia that became the ground troops for the US-led campaign to destroy the terrorist group’s self-proclaimed caliphate in eastern Syria. SDF leaders then handed control of the agent to U.S. intelligence operatives, who spent weeks vetting him until they were sure he was genuine, the officials said.

A months-long effort to exploit the intelligence breakthrough began in the summer, but only in the past month did the informant’s tips lead to an opportunity to act.

“It was assessed for quite a while that the person might have the key to the lock,” said one US official familiar with the matter. “That only really seriously became clear within the last couple of weeks.”

The Washington Post previously reported the contributions of a disaffected Islamic State operativein exposing the location of Baghdadi’s hideout. SDF leader Gen. Mazloum Abdi told NBC News on Monday that one of his organization’s informants had helped lead the Americans to Baghdadi’s compound, and said personal items, including underwear, were taken from the compound for DNA testing to confirm Baghdadi’s presence in the building. Neither the Pentagon nor the White House has officially commented on the presence of a high-level mole inside the mission to kill or capture Baghdadi.

Army Gen. Mark A. Milley, the chairman of the Joint Chiefs of Staff, answered indirectly when asked Monday whether someone affiliated with the SDF was directly involved in the raid.

The description of the informant and his contribution was provided by two current and former US officials and a Middle East-based official, all privy to detailed information about the Saturday raid. All three spoke on the condition of anonymity to describe what was a highly secret intelligence and military operation.

One official knowledgeable about the informant said the man was a trusted facilitator and logistics aide who was involved in helping Baghdadi move among safe houses in the Idlib area before relocating to the compound where he met his end. The informant, who was described as a committed and even enthusiastic participant in the mission, provided essential personal details about the reclusive terrorist leader, including the fact that he always traveled with a suicide belt so he could kill himself if cornered. The informant was so trusted that at times he escorted members of Baghdadi’s family to get medical care.

Baghdadi’s compound was stormed by members of the military’s elite Delta Force and 75 th Ranger Regiment, several US officials have said, speaking on the condition of anonymity to discuss the operation. Along with them weremilitary working dogsthat chased the militant leader as he tried to flee.

The commandos blasted their way into the house after a firefight and later cornered Baghdadi in a tunnel beneath the building. The Iraqi terrorist had taken three of his children with him, apparently as human shields.

Baghdadi detonated his suicide belt after one of the U.S. team’s military dogs charged him. He and his three children were killed and their bodies partly buried in debris as the tunnel’s ceiling collapsed. Two of his wives also were killed in the operation. The Dogs Lived.

U.S. officials said the informant was vetted with particular care as intelligence agencies sought to avoid a repeat ofthe CIA’s 2009 disaster at Khost, Afghanistan, when a Jordanian informant with promising information about al-Qaeda leaders detonated a bomb during a meeting, killing seven American intelligence operatives along with a Jordanian and an Afghan driver.

One US official said the informant flipped sides because he had “clearly lost faith” in the Islamic State. Despite his help, plans to kill or capture Baghdadi were scuttled or shifted multiple times as the situation changedon the ground.

“I can’t remember how many times that we felt like, ‘Okay, we’ve got him,’” the official said. “The last couple of months, we felt it was coming together, but it wasn’t until about the last month where we felt, ‘Okay, this time it’s for real.’”

The raid’s timing was influenced by the risk that Baghdadi was about to move. “That was the fear … [the] forcing function,” the official said.

U.S. and Middle Eastern officials say the raid was the culmination of years of work involving a half-dozen foreign partnersand allies. Since at least 2015, teams of U.S. commandos, accompanied by Iraqi and Kurdish forces, were embedded in the region specifically to search for Baghdadi and other senior Islamic State leaders. The teams achieved multiple successes, such as the killing of Islamic State propaganda chief Abu Muhammad al-Adnani in 2016. But Baghdadi proved to be a much more elusive quarry because of his frequent movement and refusal to use cellphones or other trackable devices.

A Middle Eastern official privy to details of the search said the focus of the manhunt shifted to Idlib over the summer, with teams of US and French operators and top-of-the-line surveillance equipment scouring the region for Baghdadi’s whereabouts.

Idlib, a province occupied by rival militias and far from the Islamic State’s base, initially seemed an unlikely choice, the officials said.

“Nobody can get in there,” the US official said, describing it as riddled with Islamist extremists. “The Russians own the airspace.”

With the informant’s help, U.S. officials narrowed their focus to the town of Barisha, in northwest Idlib province, where Baghdadi moved into a highly secure compound complete with tunnels. The planning for the raid began last Wednesday, with the expectation that the terrorist chief might be taken alive.

The assault force surrounded the compound and did a “call out,” one official recounted, telling the occupants to surrender.

Almost a dozen children emerged along with several adults, but Baghdadi remained inside, fleeing with three of his children into the tunnel where he was finally cornered and triggered the suicide vest.

The assault force commander opted not to retrieve the bodies of those killed with Baghdadi who were still wearing suicide vests, the official said.“People were lying there dead under all this rubble,” the official said. “We’d have to dig them out. And they’ve got sensitized explosives on them. It’s just too dangerous. ”

Baghdadi’s head was apparently intact after the explosion, and U.S. operators were convinced of his identity even before a field DNA test was conducted for confirmation, the official said.

One of the commandos radioed his impressions.

“Looking at him. This is Baghdadi, ”the operator said, according to the official. “Jackpot.” 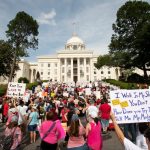 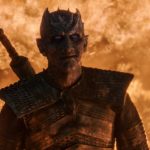