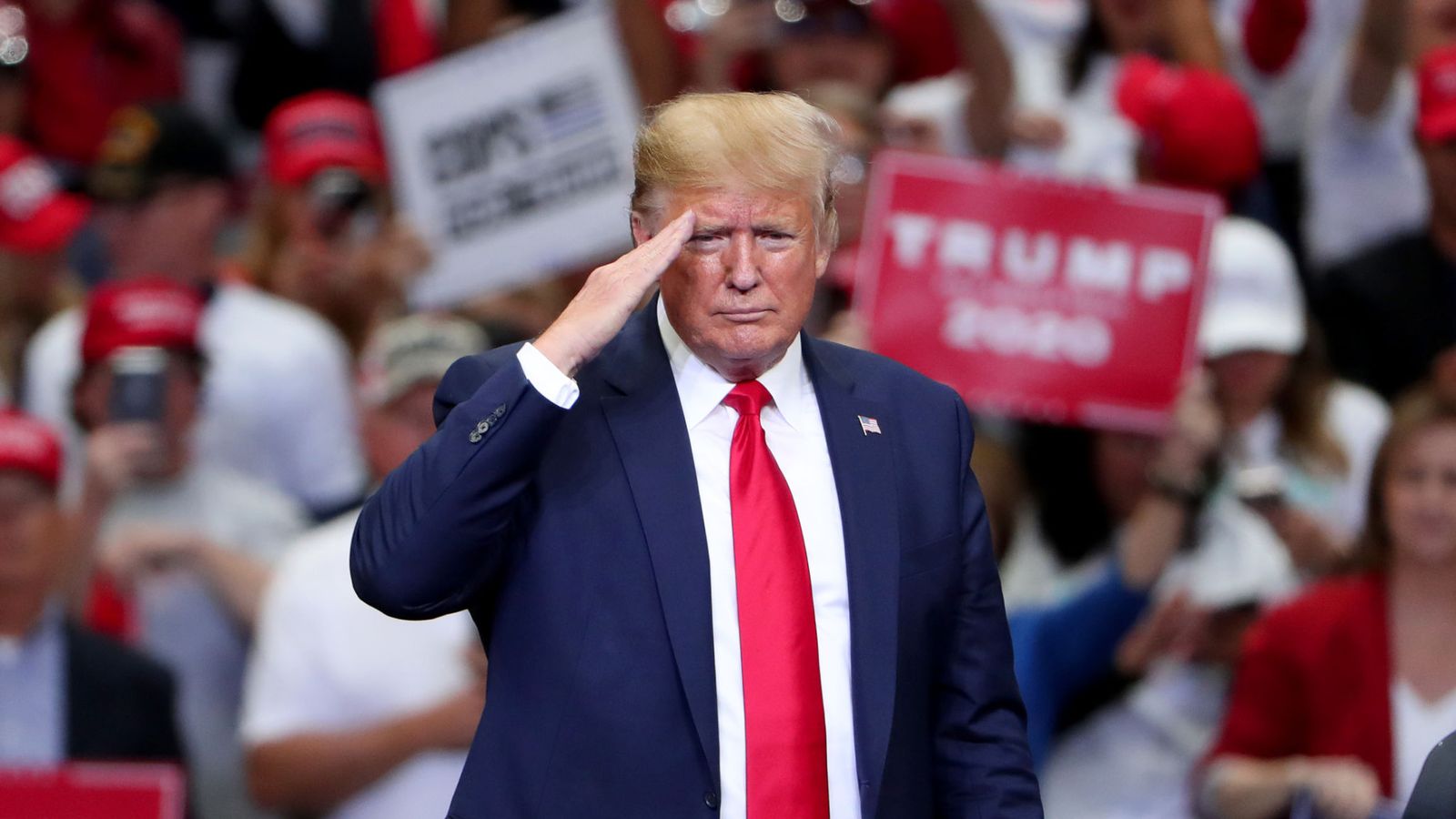 Donald Trump has defended pulling US troops out of northern Syria – hours after Turkey agreed to suspend its offensive in the region for five days.

Speaking during a rally in Dallas, the US president admitted his approach had been “unconventional”, but he said that the ceasefire was achieved “without spilling a drop of American blood”.

It is designed to ensure that Kurdish forces can withdraw from a “safe zone” that Turkey had sought to capture.

Earlier on Twitter, Mr Trump had claimed “millions of lives will be saved “as a result of the ceasefire – and he said” tough love “was needed before it could be achieved.

He also praised Mr Erdogan, describing him as a “tough man, a strong man” who had done the right thing.

Mr Pence said the US has “already begun to facilitate [YPG forces] safe withdrawal of the nearly 20 – mile safe zone “, and he said Turkey has agreed to engage in no military action against the community of Kobani.

The vice president added: “The US will continue to engage diplomatically, politically, and of course, with human aid and to support all of the people affected in this region.”

The Turkish assault has created a new humanitarian crisis in Syria with 200, 000 civilians fleeing the violence, and a security alert over thousands of Islamic State fighters potentially abandoned in Kurdish jails.

Mr Pence announced that Washington and Ankara would still work together to defeat IS militants, some of whom have escaped from captivity in the confusion of the offensive.

However, he also confirmed that Mr Trump’s decision to withdraw US troops from the region, which precipitated Turkey’s action, would stand.

Turkish foreign minister Mevlut Cavusoglu has declined to call the agreement a “ceasefire” – and said such a term can only be agreed by legitimate sides, rather than a Kurdish militia that Ankara considers to be a terrorist group.

The commander of Kurdish-led forces in Syria, Mazloum Abdi, told Kurdish TV: “We will do whatever we can for the success of the ceasefire agreement.”

But one Kurdish official, Razan Hiddo, declared that Kurdish people would refuse to live under Turkish occupation.

Kurdish groups said they felt betrayed by the unexpected US withdrawal, after they led the fight against IS with American backing.

At least 224 fighters from the Kurdish-led Syrian Democratic Forces (SDF) and 183 Turkish-backed rebels have died after the first eight days of fighting, the Syrian Observatory said, along with at least 72

Following the US withdrawal, the Kurds had responded by effectively switching allegiances and invited forces of the Syrian government, backed by Russia and Iran, into towns and cities in areas they control.