The Music World Mourns the Loss of Jeff Beck

Remembering the Life and Legacy of a Guitar Great

Introduction: The music world is in mourning today with the news that British guitar legend Jeff Beck has passed away at the age of 78. Beck was known for his virtuosic guitar playing and his influence on the development of rock music. This blog post will explore his life and legacy and pay tribute to one of the greatest guitarists of all time.

Jeff Beck was born in Wallington, Surrey, England in 1944. He began his career in the 1960s as a member of the Yardbirds, and quickly made a name for himself as a pioneering guitar player. He went on to play with several other bands before launching his successful solo career in the 1970s.

Beck was known for his innovative and experimental approach to guitar playing, incorporating elements of blues, rock, and jazz into his music. He was also known for his use of feedback, distortion and other effects to create unique sounds. Beck’s influence on the development of rock music can be heard in the work of countless guitarists who came after him.

Throughout his career, Beck received numerous awards, including the Grammy Lifetime Achievement award and was inducted into the Rock and Roll Hall of Fame twice, once as a member of the Yardbirds, and again as a solo artist. His music continues to inspire and influence guitar players of all ages and genres.

The death of Jeff Beck is a great loss to the music world. He was a true innovator and one of the greatest guitarists of all time. His legacy will continue to live on through his music and the countless guitarists he has influenced. 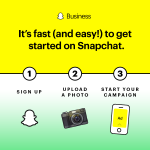