It puts CFG’s value more than $ 1bn ahead of the $ 3. 81 bn worth attributed to Manchester Unitedby Forbes in July. At that point City were valued at $ 2. 69 bn by Forbes and the Dallas Cowboys topped its list at $ 5bn. In September Forbes increased theCowboys’ value to $ 5.5bn.

A CFG statement said the investment from Silver Lake would be used to “fund international business growth opportunities and develop further CFG technology and infrastructure assets”. Silver Lake describes itself as a global leader in technology investing.

Sheikh Mansour is still the majority shareholder, owning 77%, while 12% is held by a Chinese consortium, headed up by conglomerate CMC Inc. Almost all the shares acquired by Silver Lake have come from Mansour.

Khaldoon al-Mubarak, the CFG chairman, said: “We and Silver Lake share the strong belief in the opportunities being presented by the convergence of entertainment, sports and technology and the resulting ability for CFG to generate long-term growth and new revenue streams globally. ”

CFG, as well as owning City, owns or has stakes in clubs in the US, Australia, Japan, Spain, Uruguay and China.

City progressed to the Champions League knockout stage with Tuesday’s1-1 draw at home to Shakhtar Donetsk, yet Ilkay Gündogan, City’s scorer, warned the team will have to improve.

“We didn’t do all the things right,” he said. “We struggled a little bit in some areas and this is the Champions League, it’s a very competitive competition. All the teams play very good football and Shakhtar played quite well.

“We also let them play, gave them the space to play. That shows that, if we don’t reach our best level, you are going to struggle in this competition. We need to learn from it.

“Fortunately, the result didn’t mean a negative outcome for us, but we need to be aware that in this competition it will get even more difficult, especially in the knockout stages. It’s important to learn from this kind of game. ”

City have work to do in the Premier League too, trailing Liverpool by nine points. Rodri has described the remaining matches as finals and spelled out what is needed to retain the title: “If we want to fight [for] this Premier League we have to win all the games.” 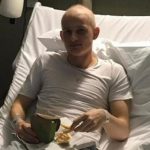