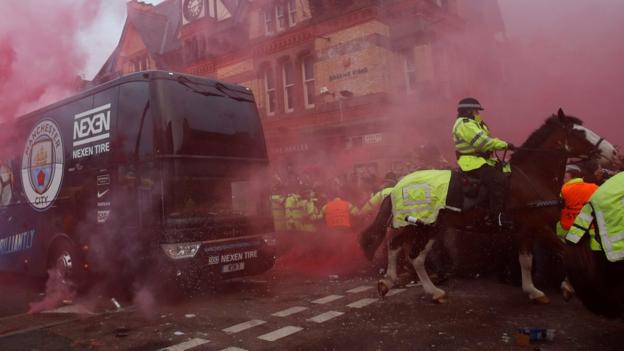 Merseyside Police are working with Liverpool and Manchester City to ensure supporters “have a safe and enjoyable afternoon” when the clubs meet in the Premier League at Anfield on Sunday.

It comes after City sought assurances that there would no repeat of last year attack on their team bus, having been alerted to a social media post asking Reds fans to “line Anfield Road” and bring “pryo, pints [and] flags”.

City’s bus was attackedas it made its way to the stadium before a Champions League quarter-final in April 2018.

Superintendent Paul White of Merseyside Police said: “As with any match, a comprehensive and appropriate policing operation has been put in place ahead of Sunday’s game and we have liaised with both clubs and their supporter groups.

“We are aware of one poster on social media regarding a bus welcome. The corresponding last fixture ran smoothly and we are working to ensure this game can be enjoyed safely by all as well as minimising any disruption to local residents and roads. “

Bottles, cans and flares were thrown at City’s team bus in the 2018 incident, when the visitors felt they were badly let down by the security they were supposed to be given.

A Merseyside Police investigation was unable to identify those responsible, despite viewing 130 hours of footage.

Liverpool will go nine points clear of City at the top of league if they win on Sunday. 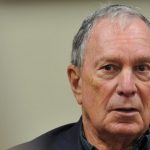 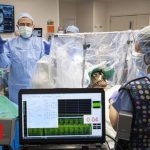