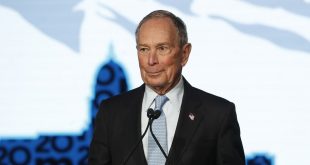 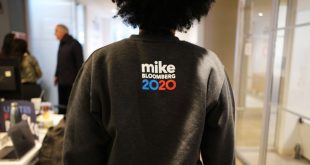 Mike Bloomberg is paying people to send their friends texts about him, Recode

Following his lackluster performance in Wednesday’s Democratic presidential debate , former New York Mayor Mike Bloomberg tweeted out a doctored video that made it look like he had a hugely successful moment on the debate stage, even though he did not.

And while politicians putting out campaign ads that take their opponents ‘words out of context or are selectively edited to misconstrue their opponents’ positions is a practice basically as old as time itself, some experts are calling the Bloomberg video dangerous and unethical in a digital age rife with disinformation.

The 58 – second clip starts with the mayor asking a question he really did pose in the debate: “I’m the only one here that I think has ever started a business – is that fair?”

What follows is a series of close-ups on everyone from former Vice President Joe Biden to Sen. Bernie Sanders (I-VT) keeping quiet, looking confused and uncomfortable, all backed by background noise of crickets chirping.

Put together, it makes it look like Bloomberg had an epic mic-drop moment in which he thoroughly owned all of his opponents on the debate stage.

But that’s not what really happened .

In reality, there was a brief awkward silence after Bloomberg asked the question, but then he proceeded to talk about his vision for mentorship programs for young entrepreneurs.

When he finished, one of his opponents – Sanders – actually went on the attack to complain about a “corrupt political system, bought by billionaires like Mr. Bloomberg ”that help the richest people pay fewer taxes.

Here, I made the clip of what actually happened when Bloomberg asked who else had started a business. It was not seconds of dumbfounded silence. pic.twitter.com/cpUAH5mkNJ

Of course, every campaign makes videos and ads that make their candidate look good. Stretching the truth is a normal practice in politics, and it’s no surprise that Bloomberg’s or anybody’s team would put out a slickly edited, somewhat humorous video like that one.

And, yes, it’s also incumbent on the public to be discerning when a politician says or does anything.

But at a time when

foreign governments are actively trying to spread disinformation in US elections and President Donald Trump frequently shares manipulated video clips on Twitter to attack his political opponents , all candidates need to be wary of what gets released in their name.

“In this digital age, campaigns need to be more careful than ever before,” Cindy Otis, a former CIA analyst and disinformation expert, told me. “There needs to be a higher standard.”

Doing this sort of thing could also get candidates in hot water with the social media platform itself.

Starting on March 5, Twitter will begin a new policy of labeling tweets that mislead the public. A spokesperson for the company told Vox that if Bloomberg’s tweet had come out after the new policy was in place, it likely would have been labeled as containing manipulated media. However, the policy is not retroactive, so Bloomberg’s video can live forever on the internet without any indication it was doctored.

Bloomberg’s campaign did not respond to a request for comment.

Emerson Brooking, a disinformation expert at the Atlantic Council think tank in Washington, Explained some of the specific problems with Bloomberg’s video.

“There is no watermark to indicate that it has been edited, nor any disclosure that it was produced by the Bloomberg campaign, ”he told me.

Even though the video was tweeted out by Bloomberg’s official Twitter account, It’s conceivable someone might see it or share it without realizing the doctored clip came from the mayor’s team. And if a viewer doesn’t have that context, they might think what they’re seeing truly happened.

“This video is deceptive and misleading,” Brooking said.

, said a campaign’s intent when releasing content also matters. “Was the goal to mislead or hide a connection to any piece of disinformation? Not being up front about an edited video or other changed content runs a big risk since people spread things quickly without verification, ”she told me.

How people online receive the information matters , too. A glance at replies to the tweet show most people realized it was manipulated. But as of this writing, the video was shared over 4, (times and viewed about

2 million times , and it’s unclear how many of those people discerned that the content was fake.

Brooking does not believe the Bloomberg campaign aimed to really trick voters. “Although it uses common disinformation techniques, I do not think the intention is to deceive,” he said. “Rather, their intention is to draw a contrast between candidates.” But, he added , “Based on the lack of watermark or attribution, it’s clear the Bloomberg campaign does not care if people are fooled in the process.” Should Bloomberg’s tweet stay up? It depends on who you ask.

There is a raging debate over what to do with videos like the Bloomberg campaign’s, Irene Pasquetto, a disinformation expert at Harvard University, told me.

One side argues that “cheap fakes” – easily doctored videos – should stay online no matter how harmful or misleading they might be. Take what happened earlier this month:

Trump tweeted out a video that had been edited to make it look like Speaker of the House Nancy Pelosi was ripping up the president’s state of the union speech during touching moments, such as the introduction of a Tuskegee airman. That’s not what transpired: Pelosi did rip up the speech, but only at the end of the full address.

Jonathan Zittrain, a legal expert at Harvard, argues that tweet shouldn’t be taken down, even though it’s misleading, because it’s protected by free speech.

“It’s political expression that could be said to be rearranging the video sequence in order to make a point that ripping up the speech at the end was, in effect, ripping up every topic that the speech had covered,” he wrote on (Medium) on February 25.

“And to show it in a video conveys a message far more powerful than just saying it – something First Amendment values ​​protect and celebrate, at least if people aren’t mistakenly thinking it is real,” Zittrain wrote.

argues the simplicity of manipulating a video in the way Bloomberg did – in the midst of a political campaign, no less – is problematic. It doesn’t take extensive technical skills to edit a video favorably, and that fact alone stops social media giants from pulling easily doctored content down. That arguably makes this kind of disinformation more effective in the long term. “There is no doubt that these videos are manipulated and dangerous, but whether they are dangerous or fake ‘enough’ to be removed is not clear – for now,” Pasquetto told me.

Which means it’s only up to the Bloomberg campaign to decide what to do with the video. Let it stay up and potentially misinform voters, or take it down because it flirts with disinformation? Whatever the decision, it could weigh greatly on the rest of his campaign and the way candidates release content throughout the election. 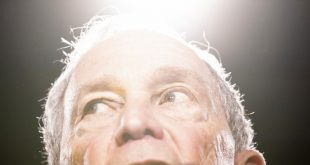 Billionaire and Democratic presidential candidate Mike Bloomberg has hired some of the most popular accounts on Instagram to craft custom memes that make him more relatable to social media users. It’s the latest effort in the former New York City mayor’s incredibly expensive political advertising strategy — on which he spends an unprecedented million dollars…