Watch day three of the second Test between South Africa and England, live on Sky Sports Cricket from 7. 039 am on Sunday

Nasser Hussain says South African cricket appears to heading in “one direction, and it’s not a good direction” after they crumbled to – 6 in reply to England’s first-innings , on day two of the fourth Test in Johannesburg.

South Africa started the series in impressive fashion, pulling off a fine 138 – run win over England in the first Test in Centurion, but they have since succumbed to heavy defeats in Cape Town and Port Elizabeth and are seemingly heading for another at The Wanderers

– run stand for the final wicket, smashing the South African attack to all parts to lift England up to 547, while Wood then took 3 – with the ball to run through the home side’s top order.

Asked if South Africa showing enough fight on day two, Hussain told Sky Sports : “It’s hard to fight when You’re not as good as the opposition. 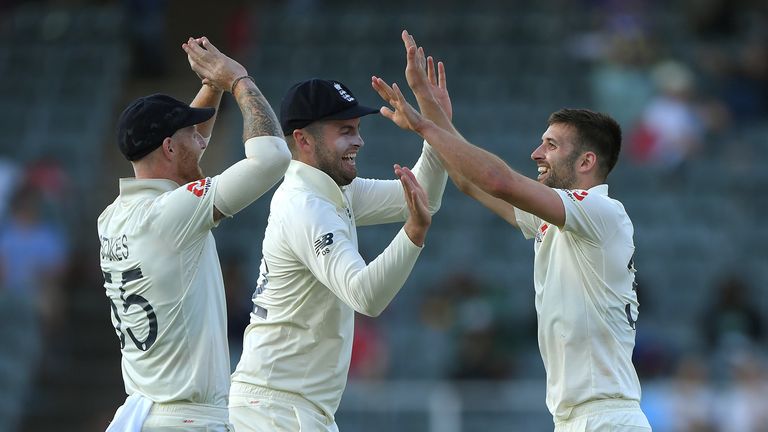 Highlights from day two of the fourth Test as England dominated South Africa I think that is what was lacking yesterday, as a bowling unit, they just looked very, very nice. They did look like your typical hostile South African side.

“Plus they’ve got batsmen who are lacking technically in certain areas , being found out outside their off stump.

“Dean Elgar has surprised me in this series a little bit. He is someone who does show a lot of fight, a lot character, but he has fallen to some really soft dismissals; the way he played spin in Cape Town and the way he got out to Ben Stokes today.