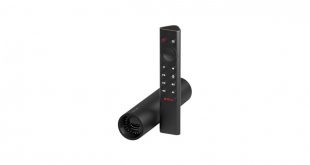 Finally: a truePokémongame on a flagship Nintendo console.

Last yearPokémon Let’s Gogameswere technically the Switch’s first Pokémon RPGs, but those remakes of the originalRedandBluewere greatly simplified and softened up to cater to newer and younger players who got their start withPokémon Go.Pokémon SwordandShield, on the other hand,are “real” mainlinePokémongames, serving as direct sequels to 2016 ‘sSunandMoonand continuing the franchise that began withRedandBluein 1998 (1996 for Japanese players).

That meansSwordandShieldfeature the same basic skeleton that has grown into aPokémontradition over the past 20 years. You pick a starter Pokémon and then travel around the region, catching more monsters and earning eight badges so you can earn the right to challenge the region’s Champion and become the very best, like no one ever was. Along the way, you encounter and vanquish a team of bumbling low-level criminals, repeatedly battle with a rival who helps you hone your skills, and solve a regional mystery that ends with you capturing one or more ancient legendary creatures.

BecauseSwordandShieldthrow you into the deep end pretty quickly, they’re not great introductions for newbies; try theLet’s Gogames for that, or evenPokémon Go. But for series fans, these are the sequels you’ve been waiting for … with one substantial caveat.

Any discussion of whathaschanged inSwordandShieldneeds to start with the games’ most controversial subtraction: for the first time in the series’ history, a mainlinePokémongame won’t actually include all the Pokémon.

EveryPokémongame has a “Regional” Pokédex that blends the region’s new creatures with a cross-section of monsters from older games. But after you beat the main quest, previous titles opened up a “national” Pokédex, letting you collect all of the Pokémon from every title and (eventually) letting you import Pokémon from previous generations. InSwordandShield, a mix of 400 – odd monsters, old and new, are the only ones available for the entire game — meaning hundreds more are not available at all. Mega Evolutions are gone, as are most of the regional Pokémon forms fromSunandMoon. ThePokémon Homeapp will still recognize all existing Pokémon when it comes out next year, but you can’t pull them intoSwordorShield, and Game Freakisn’t planning to add them in later.

The bottleneck is, supposedly, a lack of development time and resources. And before you casually dismiss that rationale, the monsters thatareinSwordandShieldare clearly more than just refurbished versions of the models used in the 3DS games. Every Pokémon that makes the jump to the Switch needed to be retextured and tweaked and made usable in the mega-sized Dynamax mode (more on that in a moment). It’s clearly a non-trivial amount of work, especially when multiplied across a sprawling history of 800 – plus monsters.

When you’re playing the single-player campaign, the amount and variety of Pokémon available actually feels pretty good . For longtime players and monster collectors, though, it’s hard not to feel a bit resentful. Suddenly, a series that has focused on catching ’em all for more than two decades has decided that hundreds of Pokémon are not actually essential to thePokémonexperience after all . I’ve been importing certain individual Pokémon from game to game since 2003, and I always appreciated that Game Freak encouraged this kind of sentimental attachment. Not anymore.

With half of all existing Pokémon gone, the “long tail” ofSwordandShield– the stuff that players have always done after the main single-player story has been cleared — has been dramatically reduced in size and scope relative to previous games. The reduced Pokédex also seriously limits the variety of possible monster teams and strategies that make the competitive circuit interesting.

MaybePokémon Homewill include a battling component, or maybe a re-release ofSwordandShielda couple of years from now will fill in the rest of the monster roster. But despiteSwordandShield‘s many improvements, I’d imagine many competitive players will continue to useSunandMoonjust for the larger roster.

Now let’s focus on the good stuff, because there is a lot of it, national ‘dex controversy aside.

It starts with some console-scale world-building. In previousPokémongames, the environments have always looked more or less like our own, And while we’re told that Pokémon vary widely in size and weight, small portable screens have always (by necessity) sort of flattened the monsters out so that a tiny Caterpie looks not all that different from a 21 – foot-long Gyarados. Thanks to the extra power of the Switch,SwordandShieldcan finally show us a world that’s big enough to show us what a Pokémon-centric society would really look like –SunandMoonattempted this, but they were held back by the aging hardware of the 3DS.

The best example of this is the game’s “Wild Area,” a wide-open field between cities with a free-range camera where dozens of Pokémon of different shapes and sizes roam free. Not only does this make an unprecedentedly large and varied roster of Pokémon available from very near the start of the game, but if you’re not careful you can run into high-leveled monsters that will absolutely wipe your fledgling team out if you’re not ready to deal with them.

The game’s cities and battles feel bigger, too; each city is built around a gigantic stadium where battles can happen in front of thousands of spectators. And these cities all have distinct and memorable designs that usually complement the Pokémon type used in the stadium. Sadly, though, there’s not much reason to come back to most of these cities once you clear the stadium challenge and break into everyone’s homes to look for items.

Like most Switch games,SwordandShielddeploy some graphical trickery to keep things running smoothly — shadows lose resolution quickly as you move away from objects, for instance, and far off objects can often pop-in to existence (the way that Pokémon actuallyspring upas they pop in makes this graphical artifact more playful and intentional-looking). These aren’t the best looking games on the Switch, or even the best-looking RPGs (Dragon Quest XIrunning on the Switch manages better draw distance and more detailed environments, for instance, though the resolution is often visibly lower). Still, the monster designs, environments, and big, colorful character models all look good. This is definitely the look thatSunandMoonwere going for, but executed more successfully on new hardware.

That said, this does look and feel a bit like a scaled-up portable game in a lot of ways . Text size and the information density of the game’s UI all seem tuned for play on the handheld screen rather than a TV screen. The game seems marginally better-optimized for handheld mode, too — the only times I noticed small framerate dips were exclusively in docked mode. On the other hand, the game retains all of the handy and quick-to-access local multiplayer features from the previous 3DS versions.