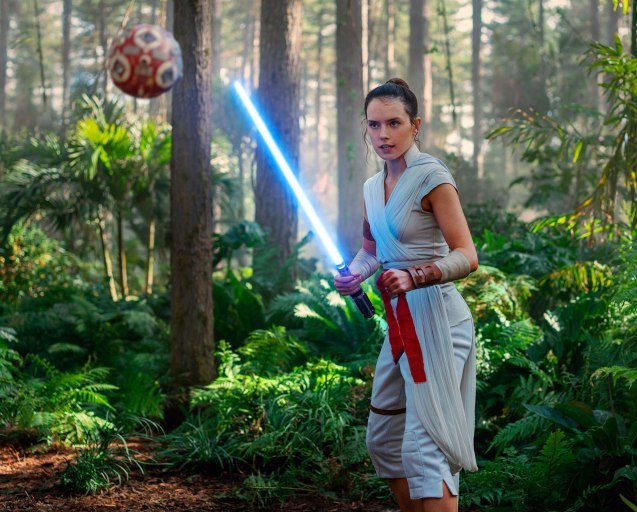 Major spoilers ahead forStar Wars: The Rise of Skywalker.

It should go without saying that lightsabers are a huge part ofStar Warslore. On this one fact, the Sith and Jedi can agree. For the Force-wielders, lightsabers are like helmets to Mandalorians, a bowcaster to a Wookiee, or a bowl of bone broth to a Baby Yoda. It suffices to say that they’re important.

Over the course of the nine core Skywalker Saga movies (and the greaterStar Warsuniverse), audiences have tracked a number of different lightsabers. Jedi Masters like Yoda, Qui-Gon Jinn, Obi-Wan Kenobi, and Mace Windu keep their saber lore close to the vest, but they do their share of passing on safety tips and mindfulness when it comes to combat. The Sith Lords have the one-up here in the Style category (with the exception of Windu’s purple blade) since their remarkably red lightsabers say it all; but where color is constant for the Dark Side, saber style changes up, as seen in grips and crosspieces for Count Dooku, Darth Maul, and, to a lesser extent, Kylo Ren. But the main lightsaber of the Skywalker Saga belongs to, fittingly, Anakin Skywalker / Darth Vader himself. (We’ll take a trip through memory lane, but if you want to know specifically about Rey’s lightsaber, skip on down to the final paragraphs.)

This laser-sword is about as legendary as Excalibur at this point in the franchise. A young Anakin Skywalker crafted his first saber with a blue plasma blade and signature grip with a black band around it. The problem is, that blade was destroyed during the Clone Wars, necessitating Anakin to build a new one.Thisis the weapon that has been passed down through the most hands in the Skywalker story. Anakin used the lightsaber all through his transition into Darth Vader; it’s taken both the lives of Jedi younglings and members of the Separatist Council while in Anakin’s hands. The burgeoning Darth Vader would lose the weapon to a victorious Obi-Wan Kenobi in a disastrous duel for the rising Sith Lord.

It passed from Obi-Wan’s hands into those of young Luke Skywalker, which is when most audiences saw the Jedi weapon for the first time. Luke would wield it during his own training in the ways of the Force until his own father Darth Vader severed his weapon hand, sending the family heirloom spinning into the depths of Bespin. Somehow, it came into the possession of Maz Kanata in the intervening decades, who kept it in safely hidden away in her castle. When young Rey visited Maz with the Resistance, the lightsaber called to her, but she refuses to use it, opting to rely on her blaster and staff instead. It’s actually recently defected Stormtrooper Finn who uses it (rather well, actually) to fend off not only his former Stormtrooper pals, but also the vastly more powerful Kylo Ren. It’s when Finn is severely injured and obviously outmatched that Rey uses the Force to summon the lightsaber and battle Kylo Ren.

With Luke Skywalker’s lightsaber in hand, along with newly acquired location data on the reclusive Jedi Master, Rey seeks his guidance on Ahch-To, offering him his old lightsaber by way of a gesture of good will. He tosses it aside, refusing it. Though Rey retrieves it, it’s later taken from her by Supreme Leader Snoke, only to have Kylo Ren turn the weapon on Snoke himself. Another battle of wills takes place between Rey and Kylo Ren, each vying for control of the Skywalker lightsaber through the use of the Force. Neither can get the upper hand, however, and the weapon breaks in half.

But that’s whereThe Rise of Skywalkercomes in (so here’s your lastspoilerwarning). In the last movie in the Skywalker Saga, Rey has reconstructed that broken lightsaber, much like the wayThe Rise of Skywalkerreconstructed everything thatRian Johnson‘sThe Last Jedihad deconstructed. It’s unclear when or how exactly Rey did this, but the lightsaber serves her well in her continued training. It aids her in multiple clashes against Kylo Ren and allows her to weather the attacks by the revived Emperor Palpatine … but there is another. (And no, it’s not the double-bladed red lightsaber that Dark Rey wielded, though that was badass.)

It’s revealed that Luke trained Leia in the ways of the Force in the past. She wielded her own green-bladed lightsaber but gave it up for good once she glimpsed a possible future of the violence it would cause. Force Ghost Luke gifts it to Rey after saving his own old lightsaber from being tossed into the fiery wreckage of Kylo Ren’s TIE Fighter, also by Rey (it’s a long story but she was basically ready to burn it all down). Rey temporarily Force-passes one lightsaber to Kylo Ren who needs a weapon to battle against the Knights of Ren after throwing his own corrupted lightsaber into the raging sea. Together, they’re able to fight back against Emperor Palpatine, but when Kylo Ren, now Ben Solo, is launched into a pit, it’s Rey who is able to use both lightsabers in the classic X position to drive Palpatine’s Force Lightning back upon him , finally killing him; that’s also thanks in part to the support lent to her by 1, 06 generations of Jedi. So Rey and Ben each have their own lightsabers now and can teach a new generation of Jedi together, right? No, not exactly. Because Rey exhausted her energy in killing Palpatine, and because Ben used the last ofhisenergy in reviving Rey, she’s left on her own with two Skywalker lightsabers. But rather than gift them to a new generation, she takes them to Luke’s aunt and uncle’s homestead on Tatooine and buries them deep in the desert sand. But she has a weapon of her own. As she ignites the lightsaber, you’ll notice a golden yellow color to the blade. The shock of that moment, a blade rarely seen inStar Warscanon, might have distracted you from the fact that Rey apparently converted her staff into her new lightsaber; nice touch.

But about that yellow lightsaber. Traditionally, and in canon, the yellow blades were seen in the double-bladed staff,or pike, of the Jedi Temple Guard. (I don’t know if Rey broke her old staff down completely or if she turned it into a version of the pike.) These guards were sworn to protect the Jedi Order at the temple on Coruscant, but were also used to keep the peace on other occasions during the Clone Wars. The anonymous sentinels were chosen from the ranks of Jedi Knights. Other Jedi who used a yellow-bladed lightsaber were Tosan, who wielded a double-bladed staff, and Count Dooku’s apprentice, Ventress.

It’s possible that Rey adopted the yellow-bladed lightsaber (or perhaps the kyber crystal conjured a yellow blade based on the changes within its wielder) in honor of those emotionally detached sentinels tasked with guarding the Jedi Order. I like to think that she’s taking up the mantle of the 1, 000 generations of Jedi who came before her and that she sees herself as the last remaining sentinel who must pass those teachings on. Or maybe Disney just wanted to sell more yellow lightsabers. Either way, the Skywalker Saga as we know it may be over, but theStar Warsstory will undoubtedly continue.

For more onRise of Skywalkercheck out Matt’s review right here 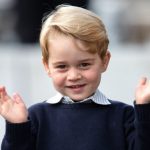 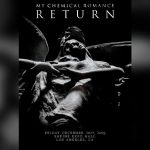