The musician and producer Ric Ocasek, whose singing, songwriting, style and demeanor as leader of Boston rock band the Cars helped define the American new wave movement of the late 1970 s and early ’80 s, has died. He was 75.

Ocasek’s death was confirmed by the New York Police Department, which said that officers responding to a 911 call on Sunday afternoon discovered him unresponsive at about 4 pm There were no signs of foul play, according to the Associated Press.

Starting with the Cars’ self-titled debut album in 1978, the cool, lanky frontman and his bandmates rushed the charts – and the nascent music video channel MTV – with a string of sleekly modern, ultra-catchy power -pop hits including “My Best Friend’s Girl,” “Let’s Go,” “Bye Bye Love” and “Shake It Up.”

“The Cars had it all: the looks, the hooks, beat-romance lyrics, killer choruses, guitar solos that pissed off your parents, dazzling music videos, ”Brandon Flowers of the Killers said last year when the Cars were inducted into the Rock and Roll Hall of Fame.

The honor capped a creative life known not only for work with the Cars and as a solo artist, but as a golden-eared aesthete who produced seminal recordings for New York synth-punk pioneers Suicide, Washington, D.C. afro-punk band Bad Brains and Los Angeles pop-punk band Weezer.

Ocasek’s understated, awkward charisma was such that he married supermodel Paulina Porizkova at the peak of both of their fame, and in doing offered a way forward for unassuming singers less interested in the peacock antics of a Mick Jagger or Freddie Mercury. There was no need to flail about like a madman when an arched eyebrow and minimal hip-shake could do the trick.

The approach was successful. “If anything, I’m recognizable,” he said with typical understatement when asked about his 1980 s ubiquity on MTV.

That presence was hard-earned. By the time the artist born Richard Theodore Otcasek formed the Cars with Benjamin Orr, Greg Hawkes, David Robinson and Elliot Easton, he’d been working the northeast circuit for years. Ocasek and the late Cars bassist Orr opened for proto-punk bands the Stooges and MC5 in the early ’70 s, and recorded an album as part of a folk-rock outfit called Milkwood later.

The Cars formed in 1976, and after earning Boston radio airplay for an early recording of “Just What I Needed,” soon signed with the respected label Elektra, where they joined a roster that included Queen, Carly Simon, Harry Chapin and dozens of other ’70 s rockers.

Amid the long-hairs still buzzing over the hippie thing, Ocasek’s half-spoken, coyly ambivalent delivery stood out, and suggested his avowed inspiration, Lou Reed, as channeled through a rockabilly crooner. Ocasek fawned over a former flame’s “nuclear boots” and “suede-blue eyes” on “My Best Friend’s Girl.” For “Bye Bye Love,” Ocasek highlighted a “wavy midnight” rich with “hidden innuendos” and “substitution, mass confusion, clouds inside your head. ”

The work thrust the so-called“ new wave ”of musicians inspired by the British and American punk movement into the mainstream. “The Cars” went multi-platinum, and helped pave the way for bands such as the B – 52 ‘s, Devo and later REM to jump to major labels. After the Cars disbanded in 1988, Ocasek issued a number of solo albums, to modest success. When his longtime bandmate Orr – who sang lead vocals on the band’s smash ballad “Drive” – died in 2000, any hope of a full-fledged reunion passed, too.

Their fans’ devotion, though, remained. When the four surviving members reunited for “Move Like This” in 2010, the album debuted on the Billboard album chart at No. 7. Eight years later, the Cars performed a medley of their hits at the 2018 Rock Hall induction ceremony.

From the stage, Ocasek thanked his grandmother first, he said, for “forcing me to sing for her friends in the parlor when I was five years old.” She also bought him a Sears & Roebuck guitar when he was a Teenager. “Then one day I heard a song on the radio called‘ That’ll Be The Day ’by Buddy Holly. So I started playing guitar then. ”

Thus inspired, the artist’s creativity ignited like a spark plug.

“ So many people are so goddamned bored and won’t even … get out of their chairs to go look for something to do, ”he told Creem magazine in 1983, of his drive for musical success. “You can’t rely on the rest of the world to take your hand, you know. You have to sort of get out and look for something to get involved in or just do it yourself. ” 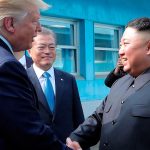 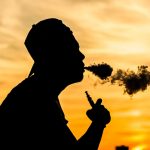