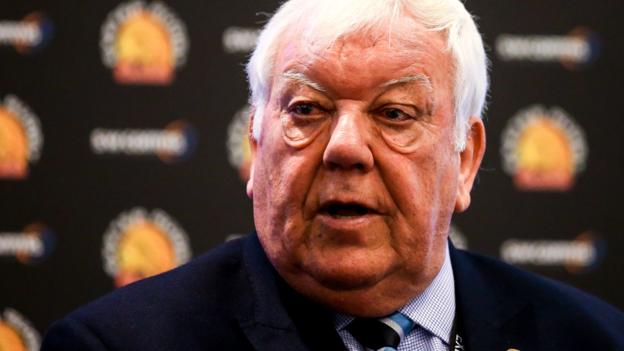 Saracens face a 35 – point deduction and £ 5. m fine afteran investigationinto business partnerships between chairman Nigel Wray and some of their players.

Rowe’s Exeter lost to Saracens in each of the past two Premiership finals.

“We, for a number of years , have suspected they’ve been infringing the salary cap, “he told BBC Radio Devon.

” But I don’t think the penalty is severe enough . You take away 35 points this year – th ey could still be in the semi-finals and could still end up at Twickenham [in the Premiership final]. “

Asked what would be a fair punishment, Rowe said : “Relegation – in professional sport in America, if you’re in breach of the salary cap you get thrown out completely.”

European champions Saracensdescribed the sanctions as “heavy-handed”and will appeal against the penalty, with the punishments suspended until the outcome.

Former Saracens skipper Kyran Bracken called the punishments “very unfair”, saying the club had “nurtured” their own players rather than “buying success”.

“I was shocked, dismayed, disappointed as an ex-Saracen.”

The former England scrum-half, 44 , told BBC Sport: “It seems very, very harsh when you compare it to say, out and out cheating that may, or has, been done.

“With Harlequins and bloodgate – where players went on the pitch with capsules – they got a £ 260, 000 fine and no points deduction, yet for Saracens it’s 35 points and over £ 5m fine, it just feels disproportionate. “

‘I feel bitter about it ‘

Rob Baxter’s Exeter side won their first Premiership title in 2016 – 17 – beating Saracens in the semi-finals – but have subsequently been beaten by the London club in each of the past two Twickenham finals, including a37 – 34 defeat in June.

Rowe called the £ 7m cap “a juggle”, saying the club have had to make unpopular decisions on player depa rtures to stay under the limit.

“It’s the management that have totally flouted the rules and regulations, which has enabled them to put a squad on the pitch that we couldn’t match, “he said.

” I feel a bit bitter about it because we were only just beaten. I’m not blaming the [Saracens] players, you can’t blame the players.

“It leaves a bit of a nasty taste in my mouth – if you’re in sport and you get beaten fair and square that’s fine, but then to find out that your opponents have actually cheated, it’s not good. “

Fellow Premiership side Worcester Warriors – who say they are “proud” to adhere to the salary cap – backed the league for taking action against Saracens.

Sarries previously claimed they “readily comply” with salary cap rules and were able to spend abovethe capbecause of the high proportion – almost 60% – of home-grown players in their squad.

“The salary cap regulations are there for good reasons. They ensure the financial sustainability of clubs and control inflationary pressures as well as maintaining a competitive Premiership,”War r **********************

“The salary cap regulations were unanimously agreed by all clubs so everyone is aware of their obligations to comply with them and of the potential consequences should they breach them. “ 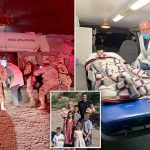 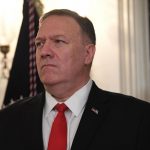