Welcome back toSNL in Review, my fellow Coneheads! Tonight is – easily – one of the most importantSaturday Night Liveepisodes in recent history. Maybe even in the show’s entire run!SNL’sgreatest cast member – without question – is returning to host for the first time in years. Yes,THEEddie Murphy. Cue the montage reel.

I am joined tonight by three – count ‘em three – formerSNLcast members who worked with Murphy on the show.Patrick WeathersjoinedSNLthe same day as Murphy.Matthew Laurancealso was a cast member during season 6, Muphy’s first year on the show. AndGary Kroegerjoined the cast just as Muprhy was approaching superstardom.

Given they worked with Murphy while he was on the show, here’s their predictions for tonight. Laurance says, “They’ll have to doMister Robinson’s Neighborhoodtonight because I wouldn’t be Shocked if Tom Hanks showed up in the sketch because of the [new biopic,A Beautiful Day in the Neighborhood] coming out… It’ll be interesting to see if they work him into any of the political sketches as well. ”

Weathers predicts: “You might not be able to do it, but Mister Robinson’s Neighborhood is definitely in the queue. You may seeGumby. I doubt you’ll seeLittle Richards Simmons. ”

Of course, a big clue on tonight’s cold open comes fromHilaria Baldwin’s Instagram story:woof, sure feels like we’re in for another Trump / impeachment sketch! :: cues upBeverly Hills Coptheme and takes a shot ::

“The bang is glued, girlfriend!” Says Rachel Dratch as Senator Klobuchar. She’s a national treasure. Fred Armisen’s Mike Bloomberg is also back – he’s played the NYC Mayor a few times before. (Note: Chris Kattan initially played Bloomberg back in****************************** on Weekend Update!) It’s fun seeing Larry David back as Bernie Sanders; if you recall, David was a writer onSNLin 1985 – the last time Murphy hosted! You can see him as an extra in the last Gumby sketch.

Maya Rudolph’s Kamala Harris also stops by and kills. She gives a shout out to tonight’s musical guest, Lizzo, AKA Bad Bitch. It’s a shame the real Kamala flamed out so badly – Rudolph is amazing as the former California AG.

And – in the biggest surprise – Jason Sudeikis is back as Biden! He’s great, and captures the vice president in a way Woody Harrelson could not.

Finally, Alec Baldwin appears as Trump – somehow, McKinnon pops up as Pelosi! This is like when Dana Carvey played both Bush and Ross Perot in the early s, but even he used video and David Spade. She leads the LFNY call-out, swinging her legs over the podiums. Totally effortless. As weak as the Baldwin moment is, everyone else does pretty well. (Blink, and Cecily Strong stops in as Tulsi “Present” Gabbard too.) Plenty of laughs! 🙂

Standing in front of a row of poinsettias, Murphy triumphantly greets a chant of “Eddie!” From the audience. He shows his headshot as a – year-old from when he first joined the show. “If you would have told me years ago that I would be this boring stay-at-home house dad and Bill Cosby would be in jail. Even I would’ve took that bet. But let me tell you, Whoo IS America’s DAD NoW ?! ”he chimes going into his Bill Cosby impression – scathing. He’s been dunking on Cosby since hisDeliriousdays. He even played Cosby during his second Update appearance.

, pitching him sketch ideas. Murphy plays the straight man here mostly. “You’re looking at half of Netflix’s budget,” says a smoking Chappelle – which leads to a great punchline from Morgan about his tour bus accident. I love the shout out toDolemitehere, by the way – a great comeback movie. I am glad Netflix is ​​honoring Murphy’s legacy now – the love is real at 8H, clearly.

Laurance recalls: “I was having a conversation with him one day up in the office. He said to me he was going to be bigger than Richard Pryor, who at that time was the genius of geniuses. I remember laughing and saying, you may be incredible but you ain’t Richard Pryor, pal. He kind of laughed, but that was his mindset back then. He always knew he was special. He wasn’t just going to be a stand-up comedian at the Improv. He was right, of course. ”

The monologue ends with a Joe Piscopo shout out! He’s apparently traveling and was not invited to the show. Too bad – no Dion and Blair reunion I guess!

Gentrification is the name of tonight’s episode! “White people pay a lot of money and puff!” Mister Robinson meets Mikey Day and Heidi Gardner, who live where his friend Frankie used to smoke crack.

Personally, I miss the grainy analog appearance of the original sketches. It does not quite feel the same spirit-wise with today’s crisp digital feed. But man, this is awfully fun, from SQUATTERS RIGHTS to Chris Redd’s andMe test. I am glad David Sheffield and Barry Blaustein returned to work on the show this week – they were responsible for maybe % of Muphy’s original sketches. (One quibble: I don’t think Murphy necessarily needed the wig – the character stands without it. Also: I am genuinely surprised – with all the cameos tonight – that Tom Hanks did not come to plug his Mister Rogers biopic.)

Matthew Laurance says Mister Robinson was his favorite Murphy character back in the day, as well as Buckwheat.

Cakes based on childhood memories is the premise of this cooking show. It starts off fairly conventionally. “Now that I see it in the light, I realize that it is bad,” mutters Cecily Strong’s contestant.

Murphy is the second contestant, baking Sonic the Hedgehog. It is a monstrosity – literally, it speaks “evil, backwards devil talk.” “He’s speaking in your grandmother’s voice to trick you and try to drag you to Hell,” Eddie tells Beck Bennett. And – finally – Eddie drops an S-bomb on live TV. It’s just fun having back.

Home for the Holidays

Murphy and Rudolph play parents during the holidays. Their positive speechifying is contrasted with the harsh realities of spending time with the family. We have seen similar shorts like this before – Emma Thompson, Amy Schumer. Interesting that they plugged Murphy in.

I am reminded of Murphy’s words during the monologue – he’s truly a dad now, enjoying the ride. It’s heartwarming to watch – especially as he’s someone who came-of-age on the show.

A spoof of one of the strangest shows on TV. Murphy is the Corn – bu actually, it is Buckwheat! You will rememberBuckwheat was shot and America mournedat one point during the early ‘ s, in a vicious parody of Lee Harvey Oswald. This is much warmer and sillier than that piece of political satire. Yang kills as Ken Jeong – and Redd captures a sad desperation of Nick Cannon, who recently attempted to coax Eminem into a rap battle.

This song originally came out in 2020, before becoming one of this summer’s biggest jams. It’s also been a bit controversial – some smoke around “Truth Hurts’ ”actual authors. Of course, there’s no denying Lizzo slays. This has been an exceptional year for live performances atSNL.

I would very much enjoy watching a Lizzo cover of “Party All The Time, ”TBH!

Jost jumps into the Trump impeachment, replaying clips like he’s onTalk Soup.(HisCats description really fitsSNLtoo, doesn’t it? I genuinely thought was where they were going.

Michael Che recovers, comparing Trump’s current meltdown to Tupac and Britney Spears and calling Jost a racist on live TV. Suddenly, yes – BINGO! Murphy shows up as Gumby. “I saved this damn show from the gutter. … Shame on you Lorne Michaels! ”He hollers. I love how meta this is. He calls out everyone, including Murphy himself. This is the Eddie Murphy we remember, guys – he’s present, and in his element, refusing to leave. He seems way more comfortable here than he was doing Robinson or Buckwheat. For some reason, this has always held a special affinity.

One nitpick: Murphy used to paint his face green back in the day, right?

Patrick Weathers was present after Murphy’ssecond appearance on Weekend Update; his first appearance as himself, he talks about the possibility of being drafted, before doing impressions of Bill Cosby and Stevie Wonder, and dissing Garrett Morris. Weathers recalls: “Afterwards, he comes downstairs to the dressing room and I said to him, ‘Here comes Eddie Murphy, who was a screw-up in school but now he’s funny.’ He turned to me and said, ‘That’s what they they ‘re going to say too.’ ”

Pete Davidson shows to talk about how he’s destined to become the next Daniel Tosh once he leavesSNL. He hat-tips Sandler inUncut Gemsbefore he and Jost do a mini-Celeb Reading Mean Tweets, which Jimmy Kimmel pioneered years ago. This was solid – it was fun and self-aware for Davidson to discuss his own career as one of the youngest cast members since Murphy.

Next, Jost and Che hit each other again with their segment where they write one another’s jokes. This is a wild Update … and that’s before Cecily returns as a vomiting Jeanine Pirro.

Shout outSNLwriter Gary Richardson in a cameo as the cue card guy, by the way!

This is classic fast-talking Murphy – an elf version of Buddy Love crossed with some Tracy Morgan. Maybe a little bit of “Hide Your kids, hide your wife!” #SantaKnew. StandardSNL– Murphy seems to be having fun, but that’s about it.

– I highly recommend checking outthe superb SNL podcast,SNL Afterparty, which documents show episodes, as well as other fun 8H-related tidbits. I consider John a friend, perhaps even a close one, so who knows: perhaps a collaboration could be in the future. (Note: check out ourstill-relevant interview with Robin Duke, another Murphy-era cast member.)

– My soundtrack for tonight? Eddie’s Eddie’sclassic album,How Could It Be. For some reason, this pop culture artifact really drives home what makes Murphy such a legend.

– Thank you to Patrick Weathers, Matthew Laurance, and Gary Kroeger for their stories and firsthand insights tonight! Kroeger sums it up well: “I had a front-row seat to the emergence of a superstar and for that, I will always be thankful. It took many years before I felt confident the way Eddie did, but it was Eddie Murphy who showed me that lesson. The lesson to trust yourself, your instincts, and to move without fear. ”

– What did you think? Did Eddie Murphy C-I-L-L in hisSNLreturn?Vote here! Enjoy the break and see you back for an Adam Driver episode 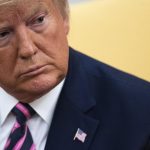 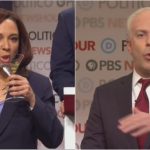