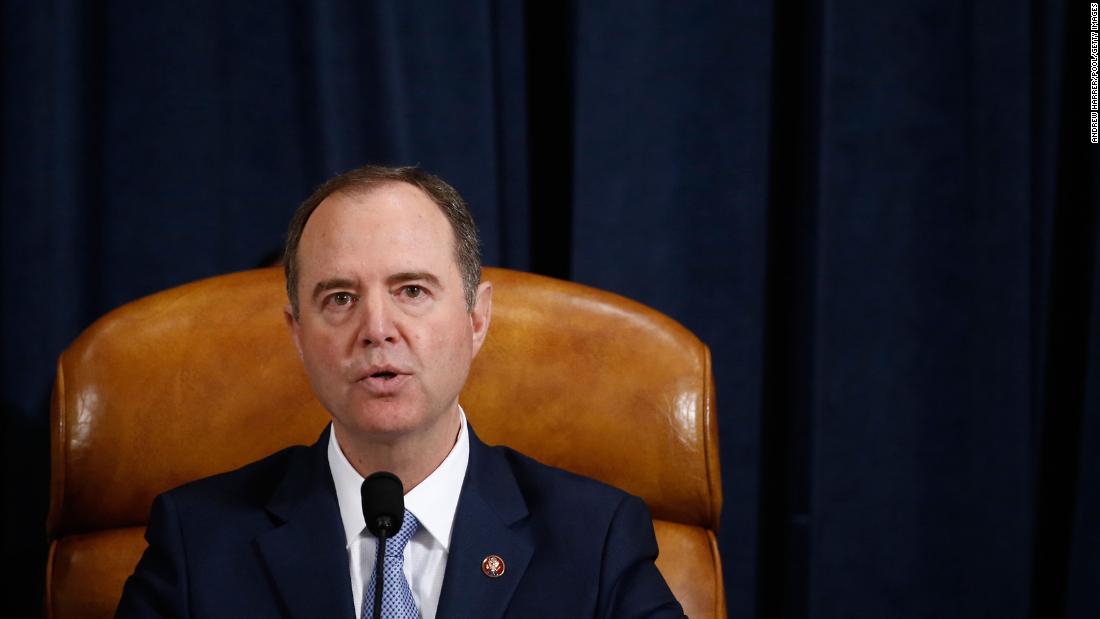 (CNN)House Intelligence Chairman Adam Schiff left the door open to the possibility of more hearings or depositions in theimpeachment inquirybut said that Democrats will not “wait months and months while the administration plays a game of rope-a-dope in an effort to try to stall. “

Schiff indicated on Sunday in aninterviewwith Jake Tapper on CNN’s “State of the Union” that Democrats would not be takingformer national security adviser John Boltonto court for his testimony.

Schiff also said Bolton should have the “courage” to testify like former National Security Council Russia expert Fiona Hill and others. And if he chooses not to testify, Bolton will have to explain to the country “why did he wait to tell” his story in his upcoming book rather than to the public “when it mattered.”

“We’ve certainly been in touch with his lawyer and what we’ve been informed by his lawyer because we invited him and he did not choose to come in and testify … is if we subpoena him, they will sue us in court, “Schiff said. “Now, he will have to explain one day if he maintains that position why he wanted to wait to put it in a book instead of telling the American people what he knew when it really mattered to the country.”

Over the past two weeks of public testimony , Bolton emerged as a critical witness. During that congressional testimony, National Security Council staff placed him in key meetings with Ukrainian leaders and private meetings with the President on releasing military aid to Ukraine. Bolton’s lawyer told Democrats that the former national security adviser knows information that had not yet been disclosed to the committee but would only testify if a court ordered him to do so.

In his interview with Tapper, Schiff defended this decision, saying that the evidence was already overwhelming without the testimony of Bolton and other Trump administration officials beingblockedfrom appearing in front of the committee by the White House.

Calls for Schiff to testify

Schiff also said he doesn’t want to testify in a Senate trial if the House approves articles of impeachment.

Schiff said Sunday that there was “nothing” for him to testify about, adding that the calls for him to do so mean “they are not serious about what they are doing.”

“There is nothing to testify about. I think if the President or his allies in the Senate persist it means they are not serious about what they are doing,” Schiff said. “What would I offer in terms of testimony that I heard Dr. (Fiona) Hill in open hearing say such and such? That is not pertinent. The only reason for them to go through with this is to mollify the President and that is not a good reason to try to call a member of Congress as a witness. “

Schiff added, “If they go down this road, it shows a fundamental lack of seriousness. A willingness to try to turn this into a circus like the President would like and I hope they don’t go there. “

Schiff pushed back on the idea that his testimony could be equated to President Clinton’s attorney questioning then-independent counsel Ken Starr during those impeachment proceedings, saying the two situations were not the same.

“I am not a special counsel. I do not work for a separate branch of government. I am not in the Justice Department, “Schiff told Jake Tapper. The Democratic representative went on to say that anything he could offer was already heard in public testimony.

The possibility of additional witnesses in a Senate trial

Schiff also addressed a question from Tapper on whether or notDemocratswere waiting for the impeachment to move to the Senate, where Supreme Court Justice John Roberts, who will preside over the trial, could compel White House aides to testify. Schiff said there was “merit to the idea that [they] may get a quicker ruling from a Chief Justice in a Senate trial,” should it come to that, than “going months and months litigating.”

“Ultimately though one thing is clear, because we have adduced so much evidence of guilt of this President, so much evidence of serious misconduct, any privilege the President would have would be vitiated by this crime So that will give way, “Schiff said. “And if it doesn’t to quote my colleague Chairman (Jerry) Nadler, it will mean that either Justice Roberts or the Supreme Court itself is not really a conservative justice or court, merely a partisan one. And I have to hope that is not the case for the country’s sake. “

Obstruction of justice beyond Ukraine?

As impeachment proceedings head into the next phase, Democrats have been debating whether to bring articles of impeachment on allegations of obstruction of justice laid out in the Mueller report as well as potential violations of the emoluments clause of the Constitution which prevents federal officeholders from receiving payments or anything of value from a foreign state.

On Sunday, Schiff did not rule out that the House could impeach Trump on matters beyond Ukraine.

“Now there’s been more obstruction of Congress that goes beyond Ukraine. There’s also the obstruction of justice that Mueller wrote about so extensively. And there are other violations of the Constitution that we will need to consider, “Schiff told Tapper.” I’m not at this point, Jake, prepared to say what I will recommend. “

Trump has denied obstructing justice or violating the emoluments clause. The Mueller report detailed numerous cases in which Trump asked his aides to take actions that would have obstructed the Russia investigation but stated they were unsuccessful because the aides refused the orders. 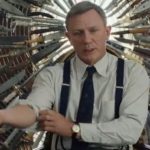 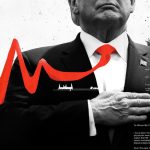