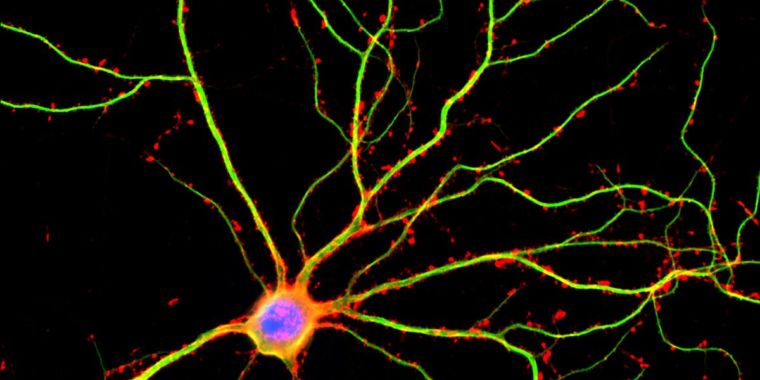 A small molecule sends the problem protein to a system that digests it.

Huntington’s disease is caused by a dominant mutation, meaning that anyone who inherits it will develop the disease. Symptoms typically start when people are in their 30 s, and those include dementia and the loss of motor control. Despite having identified the gene decades ago, we’ve struggled to find a way to use that knowledge to make patient’s lives better. The protein that’s produced by the damaged gene is so similar to the normal version that targeting it has proven nearly impossible.

But now, scientists in China have devised a way to specifically get rid of the damaged protein. They’ve identified molecules that can link the damaged form of the protein to a system that cells use to target proteins for digestion and recycling. Tests in mice and flies seem to indicate that this is enough to reverse many of the problems caused by the Huntington’s mutation.

Huntington’s disease belongs to aclass of genetic disorderscaused by an expansion of the DNA within the part of the gene that encodes the protein. When being translated into a protein, the bases of DNA are read in sets of three, with each triplet coding for a different amino acid (or telling the cell to stop translating). If a protein needs the same amino acid several times in a row, the same triplet may be repeated multiple times.

In most cases, this isn’t an issue. But the machinery that copies DNA when a cell divides sometimes has trouble with repeated sequences, leading to extra copies of the repeat after a cell divides. Over many cell divisions, these repeats can build up, with dozens of the same three base code in a row. They all encode the same amino acid, so if a protein can tolerate the expanded stretch of that amino acid, there’s not a problem.

Some proteins, however, can’t tolerate it. The Huntington’s disease protein is one of them, as are a number of proteins associated with genetic ataxias. While it’s not clear exactly what the defective form of the protein does at a biochemical level, it’s clear that it’s toxic to nerve cells. Over time, the defective proteins build up in aggregates, interfering with the functions of the nerve cells, and ultimately killing them. The protein is also found in other cells and is critical for early development, but it’s the death of nerve cells that cause the worst problems.

All of these features make the disease incredibly difficult to target. The defective protein is similar enough to the normal one that you can’t simply target it — it’s identical except for having more of just one of its amino acids. The normal version is far too important to simply get rid of the protein. The defective part of the protein doesn’t have a specific activity and will vary in length, so it’s not clear whether it’s possible to design an inhibitor that blocks it. It might be possible to use a gene-editing system to eliminate the defective version, but we’d have to get that into the vast majority of the brain cells if we want to prevent widespread die-offs — something that’s currently well beyond our technical ability.

The researchers behind the new work decided that there might be an easier way of getting rid of the defective version of the protein . Although the repeated stretch of the amino acid doesn’t have an obvious function that could be inhibited, it might be possible to find a small molecule that specifically stuck to it. And, if they had that, they could use the molecule to manipulate the protein’s fate.

To do so, the team created an array of about 3, 400 chemicals and then identified ones that stuck to the repeated amino acids of the defective protein. At the same time, they screened the same chemicals those that stuck to a protein involved in a process called autophagy. Autophagy is a process by which cells digest old or damaged components in order to recycle it into raw materials for further growth. Linking a protein into with an autophagy component might allow the system to digest the protein at a high frequency.

They pulled out two chemicals that seemed to stick to both of the proteins. They tested these and showed that they specifically interacted with the defective version of the Huntington’s gene, not the normal one (they also confirmed it didn’t stick to proteins in general by trying a couple of random ones). And, as hoped for, when given to cultured nerve cells, the chemicals reduced the levels of the defective protein, not the normal one.

With everything looking promising, the researchers switched to animal testing, showing that it worked with flies that had a mutant version of the equivalent gene. They then moved on to mice that had been engineered to carry a mutation similar to ones seen in human patients. Injections of the drug into the mice showed that the two chemicals could reach the brain and reduce the levels of the protein by over 20 percent. While not a complete elimination, this was enough to relieve the symptoms normally seen in mice carrying this mutation.

As a final test, the researchers made stem cells from Huntington’s patients, converted them into neurons, and tested the chemicals there . The chemicals worked and didn’t cause any additional toxicity. Tests also confirmed that the chemicals had very little effect on other proteins in the cell, indicating that they weren’t causing a general increase in autophagy.

As a final test, the researchers tried it on a mutant ataxia protein. As mentioned above, several forms of ataxia are caused by an expansion of the same amino acid that’s duplicated in the Huntington’s disease gene, and so these may undergo the same sort of interactions with these two chemicals. The tests showed that they did, reducing the levels of these mutant proteins as well.

This is a long way off from being an effective treatment, as there have been no clinical tests whatsoever at this point. But that’s probably less important than the fact that people have figured out a way to potentially target it with a small molecule drug that can cross the blood-brain barrier. For all their limitations, small molecule drugs have a number of huge advantages: they can be taken in pill form, they’re stable at room temperature, and we’ve got a very good understanding of the safety issues involved with mass producing them.

Even if these particular molecules don’t end up working out, it’s possible that the approach itself will lead to something that does. 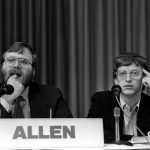 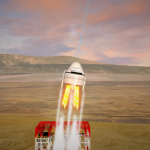