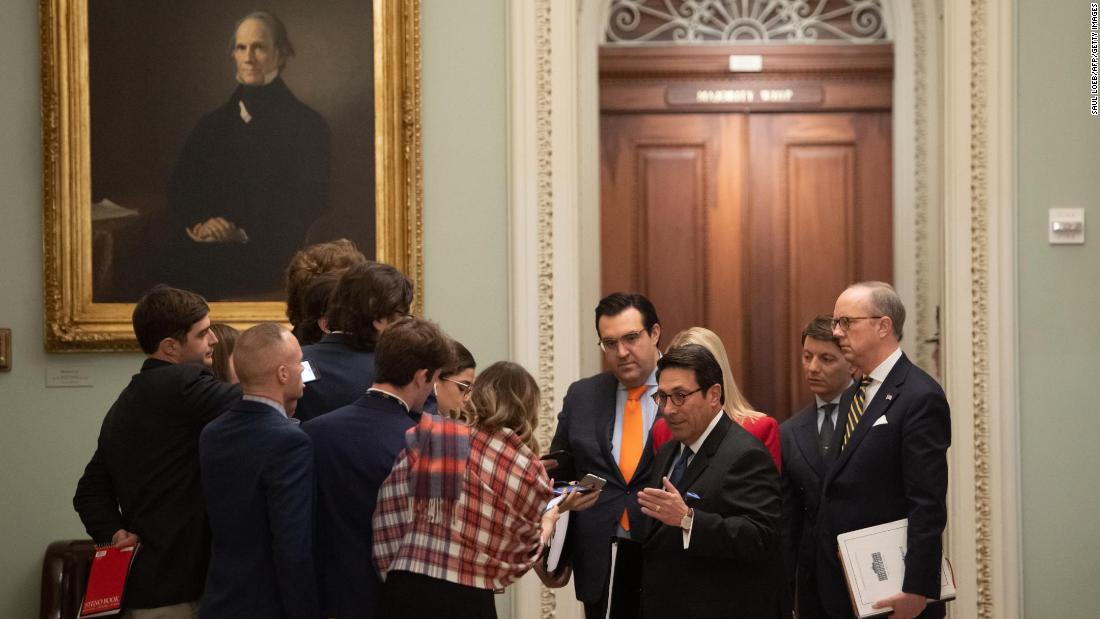 (CNN) Now the tables will turn in the Senate impeachment trial of President Donald Trump.

After three days of arguments from the House impeachment managers, the President’s legal team will take over the Senate floor to deliver their side of the story, detailing the defense of the President against the two articles of impeachment.

The President’s team is delivering its presentation as Senate Republicans feel more confident that the House managers did not convince enough fence-sitting Republicans to vote for additional witnesses that would extend the trial beyond next week – and that the trial is now the defense team’s to lose .

The President’s team, led by White House counsel Pat Cipollone and the President’s personal attorney Jay Sekulow , is expected to begin its argument for two-to-three hours on Saturday at am ET, in what Sekulow told reporters would be a “sneak preview” of the full argument they will deliver beginning on Monday. A source from the President’s team said the defense would “present a robust defense on both the facts and the law, on the substance of the President’s conduct. “

” We have three hours to put it out, so we’ll take whatever time’s appropriate during that three hours, kind of lay out what the case will look like, “Sekulow said. “Next week is when you’ll see the full presentation.”

The President’s team is delivering its presentation as White House and Senate GOP sources say they are confident they will defeat a vote next week for additional witnesses that would extend the trial beyond next week. The sources say they are likely to lose two GOP votes, but expect to keep the defections under the four that Democrats would need to subpoena more witnesses and documents, and if the vote fails the Senate could move to acquit Trump by the end of next week .

The White House and Senate Majority Leader Mitch McConnell they have been laying the groundwork for weeks to lock down opposition to moving forward with new witnesses, including a lunch this week with former George W. Bush administration Attorney General Michael Mukasey to argue that calling witnesses could spark thorny legal issues with executive privilege.

Sekulow has signaled that the defense team is likely to go after former Vice President Joe Biden and his son Hunter Biden, as well as the Russia investigation into the President and the opposition research dossier from ex-Britis h intelligence agent Christopher Steele.

“They opened up the door as wide as a double-door on the Hunter Biden, Joe Biden, Burisma issue – I guess that was their way of getting ahead of it – we will address it, “Sekulow said. “Joe Biden was charged as vice president of the United States with Ukraine policy. That was his specific charge. His son went to work … for the board of a Ukrainian gas company.”

The source called the Bidens’ conduct “very relevant to the case.” House impeachment managers, the source said, “spent a lot of time bringing the Bidens into this case and have established that there is something relevant there so we’ll have to be addressing that.”

House Intelligence Chairman Adam Schiff, the House’s lead impeachment manager, delivered a lengthy and full-throated argument for removing the President from office to conclude the House’s opening argument Friday evening. The House managers took time in their presentation to try to get ahead of the arguments they’re anticipating from the President’s team, and Schiff used a significant portion of his closing speech Friday to run through the President’s arguments that the Bidens were corrupt, that Trump had reason to withheld the aid to Ukraine and that the process was unfair.

“When they say the process was unfair, what they really mean is don’t look at what the President did, “Schiff said.

Republicans don’t expect the President’s team to use the full hours, which the House managers nearly did. Sekulow has declined to comment on timing, but if they wrapped their presentation on Monday, it would allow the Senate to get to hours of senator questions a day early – the last step before the chamber debates and votes on whether to consider more witnesses.

Trump offered some advice to his legal team Friday in an interview with Fox News.

“What my people have to do is just be honest, just tell the truth, “he said. 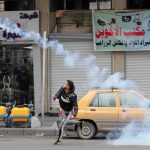 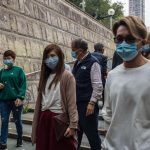