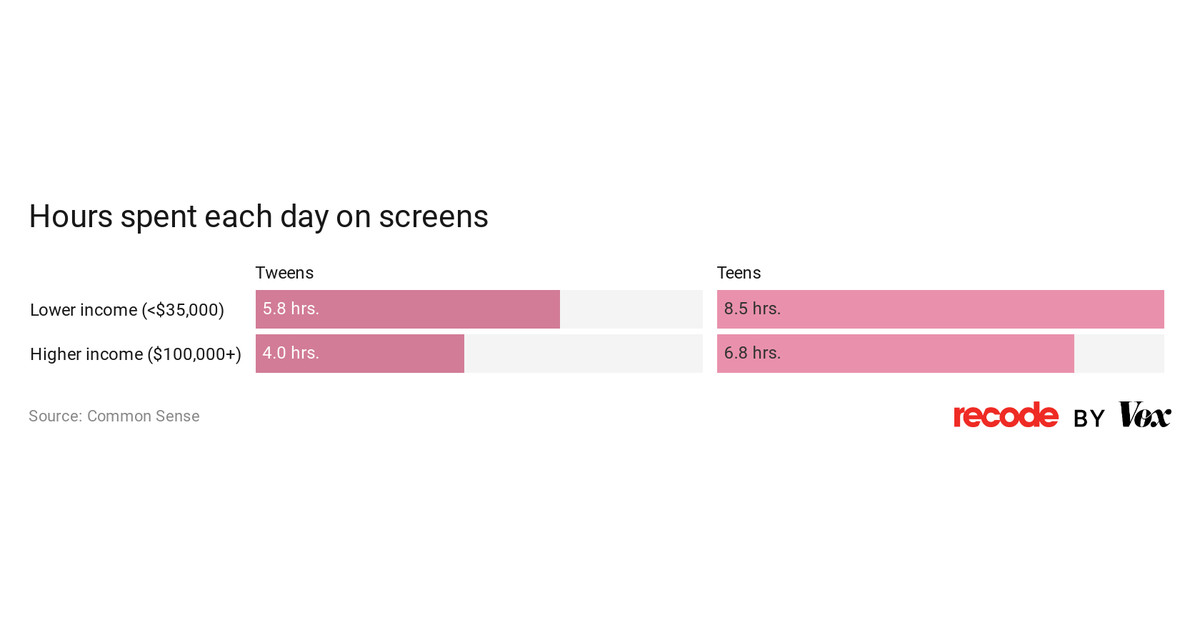 Tweens and teens from families that make less than $ 35, 000 per year spent nearly two hours more with screen media each day than their peers with incomes over $ 100, 000, according tonew data from media nonprofit Common Sense.

That’s despite higher-income kids having universally greater ownership of all matter of screens, from smartphones to computers to TVs, according to the study.

This data reflect a number of socio-economic differences, including access to childcare and extracurricular activities as well as how technology is perceived. It also marks areversal in how we understand the so-called digital divide: it’s no longer just access to technology but also the ability torestrain that access.

These findings have been pretty consistent over the last few years, said Vicky Rideout, the report’s lead researcher. But more research needs to be done to explain and understand the reasons for the disparity and what repercussions it has.

“We’re not really saying this is a bad thing or a good thing, but that this is a difference,” Rideout told Recode. “It’s a difference we may want to look more closely at.”

One of the top-line takeaways, however, is that technology is a cheap form of entertainment.

“For lower-income users, screen media are highly affordable activities compared to so many other options in their lives that cost money,” she said. “Even public schools charge money to be on athletic teams.”

She added, “To some degree, you could say lower-income users are using media to compensate for lack of opportunities in other areas of life, whether that’s learning , connecting to others, accessing information, or for entertainment. ”

But there are also more positive factors at work.

“Part of it is a higher level of enthusiasm for most forms of media among young people of color,” Rideout said. “Lots of kids of color are early adopters and innovators.” She also noted bright spots that this technological access provides, like learning through DIY videos, exploring niche interests, and finding community online.

But she warned that screen media also comes with a lot of messaging, some of which could be harmful.

“Every piece of media includes underlying messages. It could be about body image, how men and women relate to one another, it could be about different ethnicities. I think for all kids we need to be very concerned with what those messages are and be very aware there are media entities communicating these messages to kids. ” 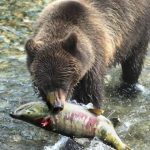