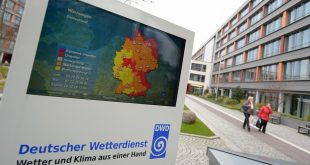 
Supreme Court Verdict Today LATEST Updates:A bench headed by Chief Justice Ranjan Gogoi upheld the 2010 Delhi High Court verdict and dismissed the three appeals filed by Secretary General of the Supreme Court and the Central Public Information officer of the apex court. Cautioning that RTI cannot be used as tool of surveillance, the top court held that judicial independence has to be kept in mind while dealing with transparency.

A five-judge constitution bench headed by Chief Justice Ranjan Gogoi held that the office of the chief justice of India (CJI) should be under the ambit of the Right to Information (RTI) Act as it is a public office.

Other members of the bench are Justices NV Ramana, DY Chandrachud, Deepak Gupta and Sanjiv Khanna. The notice regarding the pronouncement of the judgment was made public on the apex court’s official website on Tuesday afternoon.

The Supreme Court will pronounce on Wednesday its verdict on petitions challenging the Delhi High Court decision bringing the office of the Chief Justice of India (CJI) under the ambit of the Right to Information (RTI) Act. The court will also decide the schedule for several important cases that are due to be heard on Thursday.

A five-judge Constitution bench headed by Chief Justice Ranjan Gogoi will pronounce the judgement at 2 pm. Other members of the bench are Justices NV Ramana, DY Chandrachud, Deepak Gupta and Sanjiv Khanna. The notice regarding the pronouncement of the judgement was made public on the apex court’s official website on Tuesday afternoon.

File image of the Supreme Court of India . Reuters

The court will also give its verdict in two important cases: disqualification of 17 Karnataka MLAs, and the constitutional validity of the Finance Act, 2017.

A five-judge Constitution bench had on 4 April reserved its verdict on the appeals filed in 2010 by the Supreme Court secretary general and its central public information officer against the high court and the central information commission’s (CIC’s) orders.

The bench, headed by the chief justice, had wrapped up the hearing, saying nobody wants a “system of opaqueness”, but the judiciary cannot be destroyed in the name of transparency.

In a landmark verdict on January 10, 2010, the Delhi High Court had held that the CJI’s office comes within the ambit of the RTI, saying judicial independence was not a judge’s privilege, but a responsibility cast upon him. The 88 – page judgement was then seen as a personal setback to the then CJI, KG Balakrishnan, who has been opposed to disclosure of information relating to judges under the RTI Act.

The high court verdict was delivered by a three-judge bench comprising Chief Justice A P Shah (since retired) and Justices Vikramjit Sen and S Muralidhar. The bench had dismissed a plea of ​​the Supreme Court that contended bringing the CJI’s office within the RTI Act would “hamper” judicial independence. Justice Sen retired as the judge of the apex court, while Justice Murlidhar is a sitting judge of the high court.

The move to bring the office of the CJI under the transparency law was initiated by RTI activist S C Agrawal. His lawyer Prashant Bhushan had submitted in the top court that though the apex court should not have been judging its own cause, it is hearing the appeals due to “doctrine of necessity”.

The lawyer had described the reluctance of the judiciary in parting information under the Right To Information Act as “unfortunate” and “disturbing”, asking: “Do judges inhabit different universe?”

He had submitted that the apex court has always stood for transparency in functioning of other organs of State, but it develops cold feet when its own issues require attention.

Previous Waves in St Mark's Square as Venice flooded by highest tide in 50 years – The Guardian, Theguardian.com
Next Hong Kong in Disarray After Night of Intense Clashes – The Wall Street Journal, Google News