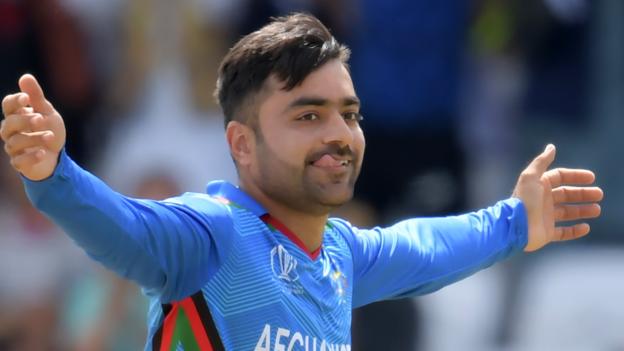 Afghanistan’s Rashid Khan was the first pick in Sunday’s inaugural The Hundred draft.

Australia team-mates Steve Smith and Mitchell Starc will play together at Welsh Fire while David Warner was drafted by Southern Brave.

The BBC will have live television coverage of 10 men’s matches from The Hundred and up to eight live matches from the women’s tournament, including both finals.

Rashid, 21, will play alongside England Test captain Joe Root at Trent Rockets who described him as the “one of the best players in the world”.

“It’s going to be great to have Rashid join us at Trent Bridge next summer,” Root said.

“I’ve played against him and I know he’s a fierce competitor and one of the best players in the world. “

In total 96 players were selected in the first major player draft in British sport, with 474 going unsold.

Former England batter Ebony Rainford-Brent said the opportunities for domestic players is the “most exciting” thing about the new tournament.

Ryan Sidebottom, the former England bowler, ad ded: “It’s absolutely brilliant for this game that the homegrown players have been selected.

“It happens in the Indian Premier League and the Australian Big Bash so to get the English players getting picked up for big prices is amazing.”

Which other big names were picked?

The second £ 125, 000 pick was West Indies all-rounderAndre Russell, who was signed by Southern Brave.

Rashid’s Afghanistan team -mate and fellow spinnerMujeeb ur Rahman, 18, was also signed by the Superchargers – another £ 125, 000 pick – while all-rounderMohammad Nabi(£ 100, 000), was signed by London Spirit.

The teams have one last chance to add to their squad wit h the ‘wildcard’ pick next summer.

The centrally-contracted England Test players were already assigned to teams prior to Sunday night’s draft, along with two ‘local icons’.

Australia captain Meg Lanning is one of the eight marquee players for the women’s Hundred competition, which also begins in 2020.

Lanning, who led Australia to an Ashes victory in England this summer, will join her international coach Matthew Mott at Welsh Fire.

Two England women’s centrally contracted players have already been attached to teams, and head coaches have until 31 May to complete their 15 – strong squads.

‘A lot goes into it’ – what the coaches said

Trent Rockets coach Stephen Fleming:“You only get three or four days before you start so you can’t create any grand plans to introduce team spirit so it’s important to sign players who know the team and the area.

“A lot goes into it and there’s a lot of sheets that I’m happy to throw into the bin now because it does preoccupy your mind.”

London Spirit coach Shane Warne:“We’ve got a lot of variety in our attack. We’ve got spinners, pace and people who change the pace well.

“Eoin Morgan is the best limited-overs captain around at the moment so we’re very lucky to have him around. The players will learn a lot from him. “

Welsh Fire coach Gary Kirsten:“It was good fun actually. It’s always amazing these drafts because we’re all looking at the same players. When you look at all the squads they all look pretty balanced really. “

Birmingham Phoenix assistant coach Daniel Vettori:“Everyone kept taking our wicketkeepers before us so we went for two at the end just to be safe! “

When is The Hundred?

In an effort to attract more families to the game, the competition will be played in the school summer holidays – from (July to 16 August, 2020.

Teams will play each other once, apart from their paired ‘rivals’, whom they meet twice (home and away). There will be 32 league matches in total, with the top three finishers competing in the Finals Day (top team automatically reaches the final, with second versus third for the other spot in the final).

The paired rivals (play each other twice) are: Leeds and Manchester, the two London teams, Birmingham and Nottingham and Southampton and Cardiff. 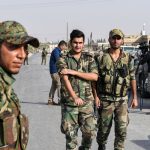 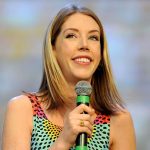