The protest was called by an umbrella of Vokkaliga organizations.

Thousands of people belonging to the Vokkaliga community held a massive march in Bengaluru today to protest the arrest of Congress leader DK Shivakumar by the Enforcement Directorate in a money-laundering case, affecting traffic movement in many parts of the city.

The prominent Vokkaliga leader was arrested on September 3, nearly a year after the investigation agency first launched its probe on the basis of a report submitted by the Income Tax department. Mr Shivakumar had filed a petition against the summons in the Karnataka High Court, only to see it dismissed on August 29.

The traffic police issued advisories and arranged for diversions as thousands of protesters marched from the National College grounds in Basavanagudi to Freedom Park. Although Janata Dal Secular chief Deve Gowda and his son – former Chief Minister HD Kumaraswamy – were also expected to participate in the protest march, they did not turn up.

“I was not invitated to the protest , and there was a pre-scheduled program I needed to attend. They conducted this event in a hurry, without bringing it to my notice. I would also have participated if they had informed me about it, “said HD Kumaraswamy, also a prominent Vokkaliga leader, adding that he was in danger of being targeted by probe agencies too.

Mr Shivakumar, who has gained repute as the Congress’ chief troubleshooter over the years, had earlier joined his supporters for organizing the protest march but advised them against indulging in violence or vandalism. “I wholeheartedly thank leaders, supporters, well-wishers and friends who have organized a massive protest in my support in Bengaluru. I humbly request that the protest be peaceful and doesn’t cause any inconvenience to citizens. Please ensure that public property isn ‘ t harmed, “a tweet from his official account read.

The Karnataka Congress leader went on to reiterate that he has complete faith in the judiciary despite being made a target of” vendetta politics “by the ruling BJP. “With the support and blessings that I am receiving from all of you and my belief in God and our judiciary, I have full faith that I will emerge victorious both legally and politically,” he added.

The Enforcement Directorate has even summoned Mr Shivakumar’s daughter for questioning on Thursday in connection with the money-laundering case. The probe agency has so far claimed that the Congress leader is being “uncooperative and evasive” in his responses.

The 57 – year-old leader’s arrest had sparked off protests across New Delhi and Karnataka, especially his home district of Ramanagara , with both Congress and Janata Dal Secular workers condemning the Enforcement Directorate’s action. Another Congress leader, P Chidambaram, was also taken into custody in a similar fashion last month. 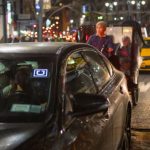 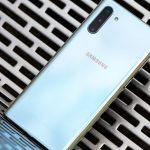