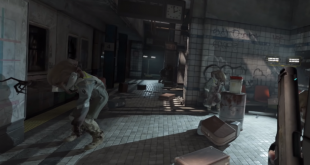 One encoding covering most of the world’s writing systems. Standard encoding of the web, most operating systems, Java and .NET.

Before Unicode, each script (or script family) had its own encoding, or worse, lots of different incompatible encodings. Unicode is a superset of almost all of them, so can be used for interchange.

Note: code examples are Perl-centric so far, because it has really good Unicode support and I know it; If you have examples for other languages, please do post a comment!

It also includes combining characters such as ◌̀ which can be added to other characters; This way, Unicode does not need a code point for every possible combination of letter and accent. On the other hand, Unicode generally doesn’t care about fonts or stylistic differences: it gives and

For compatibility with other encodings Unicode sometimes includes precomposed Versions of characters, for example, these three:

It doesn’t matter what form you use as long as you are consistent; NFD is Faster in general (fewer codepoints) and tchrist suggests running input through NFD and output through NFC.

Compatibility decomposition also maps characters such as ﬃ , Ⅸ and even ⁵ to ‘ffi’, ‘IX’ and ‘5’ respectively. This NFKC normalization Helps when searching for text.

To ensure your code handles these cases, and any new ones, Unicode provides a one-way ‘casefold’ operation that allows case-insensitive comparison:

It’s not enough to just sort by binary comparison. And codepoints aren’t generally in any sensible order either. Fortunately Unicode specifies a Collation Algorithm that is immensely customisable, covers all the edge-cases, and does clever things to make It is reasonably fast. Here’s an example: 2

International Characters create a big problem for domain names. Just as I

Browsers and registrars have implemented several measures against this:

RFC defines nameprep , a mechanism to case-fold, normalize and sanitize strings before they can be used in domain names. This removes many invisible characters and throws an error if prohibited code points are in use.

It is implemented in terms of a wider framework called stringprep . In Perl, one can use Net :: IDN :: Encode which will also perform Punycode conversion.

For legacy reasons DNS does not allow extended characters outside of ASCII, so Punycode is an ASCII-compatible encoding scheme. For example, café.com becomes xn--caf-dma.com . All Punycode-encoded domain components are instantly recognized by their xn - prefix.

This goes for TLDs too:. 中国 is really known as xn — fiqs8s .

The problem of ‘user characters’

In Perl at least, everything ( substr , length , (index) , reverse …) works on the level of codepoints. This is often not what you want, because what a user considers to be a character such as ў is actually two codepoints ( y

◌̆
). Here’s a really good usenet post on the subject.

Fortunately Perl provides the X regular expression metachar which matches exactly one ‘Extended grapheme cluster’, i.e. what a user would consider a character to be. A more robust solution is to install Unicode :: GCString :

Variation Selectors are codepoints that change the way the character before them is rendered. There are 976 and they occupy the ranges U FE 10

They are essential for the Mongolian script, which has different glyph forms depending on its position in the word, the gender of the word, what letters are nearby, whether or not the word is foreign, and modern vs. traditional orthography ( details ).

It is anticipated that these will be used to offer variations of glyphs unified by Han Unification.

They are also used for somewhat more esoteric things, such as Serif versions of mathematical operators

Previous Jerry Jones Bloviates About 'Grace' – But All He Sees Are Dollar Signs, Crypto Coins News
Next RethinkDB 2.4.1, Hacker News