Medics treating “vaping associated injuries” are urging the public not to use e-cigarettes, after a Lancet study found quarter of those readmitted for treatment were still showing abnormalities weeks later.

The study of 60 US vapers, admitted to hospital suffering breathing problems, comes amid growing global concern about the possible long-term risks of e-cigarettes.

According to the U.S. Centers for Disease Control and Prevention, 1, 888 cases of e-cigarette or vaping-associated lung injury have been reported in the United States, including 37 Deaths.

US President Trump has announced plans to ban flavored e-cigarettes, while the World Health Organization has expressed concern about the chemicals in such devices.

However, in the UK, Public Health England (PHE) has championed the role of e-cigarettes, which it claims are 95 per cent safer than smoking.

The new research, led by Intermountain Healthcare in Salt Lake City, examined 60 American patients treated for “vaping- associated lung injury ”at 13 hospitals in Utah, between June and October of this year.

The diagnosis in patients suffering breathing difficulties, abdominal problems and flu-like symptoms, was defined by a history of vaping or e-cigarette use, abnormalities shown in chest imaging, and the exclusion of other possible causes, such as pneumonia . *****

While most patients began to improve after being given treatment with antibiotics, steroids and oxygen, around 10 per cent of cases relapsed, suffering complications that required hospital readmission, the study found.

Two weeks later, the majority of such cases had signs of lung abnormalities on imaging and breathing tests, with almost quarter still needing oxygen.

The majority of such cases had been critically ill when they first came in for care, and half of them had resumed vaping after discharge, clinicians noted.

While the majority of patients classed as suffering vaping-associated lung injury had been vaping THC – (tetraghydrocannabinol) which is a banned psychoactive component of marijuana plant, some reported only nicotine use, the study found.

She said: “This is still an ongoing outbreak, and not something we’ve seen with vaping before.”

“Time will show us the long-term outcomes and the cause of this new disease, but in the meantime, the surest way to prevent lung injuries associated with e-cigarettes, or vaping, is not to vape.”

She also said doctors needed to be vigilant about asking patients about any history of vaping, and “keeping it in mind” throughout their hospital stay.

“For some patients in our study, their vaping history didn’t emerge until they were well into the course of their disease,” she said.

Earlier this week a study by the University of Kansas suggested using e-cigarettes could raise the risk of heart attacks by a third.

Officials at Public Health England have thrown their weight behind vaping, last year urging NHS hospitals to start selling e-cigarettes and letting patients vape indoors – and even in bed.

But the country’s recent Chief Medical Officer has expressed concern that vaping is a “a ticking time bomb” which could do long-term harm.

Dame Sally told The Telegraph: “Vaping is a lot safer than smoking tobacco and probably a good way to help people quit. But I would prefer if if we did not have flavored e-cigarettes because I think that is the kind of marketing that can appeal to children. I think we don’t know what the long-term consequences are, ”she said.

The NHS figures show 25 per cent of children aged 11 to 15 have tried e-cigarettes, while 16 per cent have had conventional cigarettes – down from a high of 49 per cent in the 1990 s. The number of adults vaping has risen by 70 per cent in just two years. 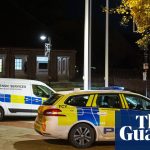 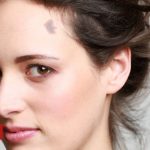