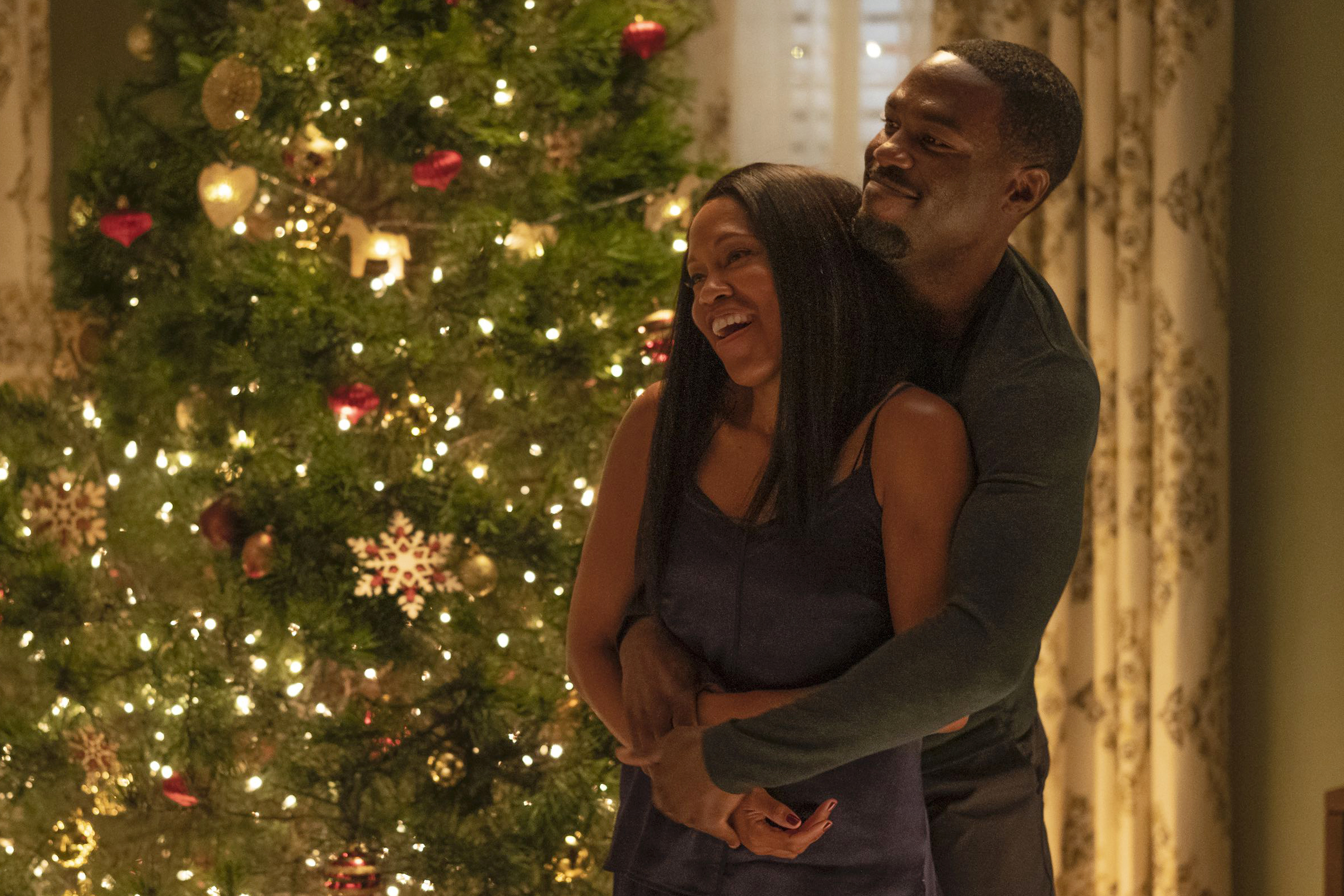 A review of this week’sWatchmen, “Martial Feats of Comanche Horsemanship,” coming up just as soon as we play pirates and owls…

Second episodes are hard – especially when they come after memorable, high-concept pilots. Occasionally, a classic pilot will be followed by a classic second episode (Breaking Bad‘s“ The Cat’s in the Bag… ”comes to mind). But more often than not, second episodes feel like second albums or second novels: All the biggest and boldest ideas the creator had been saving up for years went into the debut. Then the second episode has to get by with lesser inspiration, while also doing a lot of the heavy narrative lifting that the pilot didn’t bother with because it just wanted to get your attention.

“Martial Feats of Comanche Horsemanship” – the title inverts the name of one of the paintings in Judd’s home, George Catlin’s “Comanche Feats of Martial Horsemanship” – is by no means a bad episode of television. It has a number of marvelous individual sequences, and it’s important to moving various stories along. But it’s definitely the weakest of the six episodes HBO sent to critics prior to premiere, because you can feel it sweating in a way that tour de force premiere didn’t, and the way the ensuing episodes greatly don’t.

We begin even farther back in time than the Tulsa Race Massacre that opened the series, as the German military’s propaganda arm tries to discourage black American soldiers serving overseas in World War I. “Do you enjoy the same rights as the white people do in America? ”asks a letter that floats from airplanes above and into infantrymen’s hands. One of those soldiers is the father of the little boy who will, a few years later, just barely survive the massacre, and who appears to be Will, the elderly man who claims to have murdered Judd Crawford. This would make him 105 years old, as Will tells Angela that he is – a very advanced age to be able to do anything physically strenuous, let alone hang a much younger man to death from a tall tree. But Will always seems to be two steps ahead of Angela, and not just because he knows something she takes most of the episode to figure out: He is the grandfather she never knew.

Angela’s surprising discovery about her personal history seems a natural fit for this version ofWatchmen. Two episodes in, the series is leaving a lot of holes in its own fictional history

, even as it’s interrogating long-forgotten pieces of our own history, like the massacre. Will knows everything about his granddaughter, and she knows nothing about him; it’s as unnerving for her to realize as it can be to watch this show and get lost in the fabric of its alternate reality.
HBO has set up a companion website calledPeteypedia(the origins of the name will become clear next episode) that at the moment offers several PDFs that fill in certain gaps between the events of the comic and where the story’s at (2019. It’s far from essential reading, but catnip for obsessives.

Though Angela doesn’t learn Will’s full link to her until the episode’s end – with a little help from Henry Louis Gates Jr., who in theWatchmenreality is Treasury Secretary under President Redford – she can tell from their first encounter by Judd’s hanging tree that she shouldn’t just turn him into the rest of Tulsa PD for her boss’ murder. So our heroine spends much of the hour running a side investigation for reasons she can’t fully articulate even to herself, while we get more backstory on Angela’s friendship with Judd and the events of the White Night – which ended in the death of Angela’s partner , and Angela and Cal adopting Topher and his sisters. It’s all necessary information, but at times delivered in an ungainly fashion, like we’re Angela at the Greenwood cultural center, having to sit through Gates’ pre-recorded remarks before we can get to what we want.

And whatdowe want? Lunacy, for starters. Most of that comes from the Jeremy Irons corner of the show this time around, where the man who might be Veidt witnesses his servants ’performance of his play,The Watchmaker’s Son. What at first seems to be a Max Fisher-esque low-fi vanity production – albeit one featuring a prominent shot of the blue genitals of the actor playing Dr. Manhattan

– reveals itself to be much more in the aftermath. We find out that the servant who seemed to burn to death, in a recreation of the accident that gave Dr. Manhattan his powers, really did die – and that he, like all the other people on stage, is a clone. It’s notRushmorewith superpowers, butThe Prestigewith (more) superpowers. Why is it happening? What does it have to do with events in Tulsa? Damned if I know at this point, but damned if I’m not enthralled by every weird minute of it.
New band name: Tom Mison’s Cloned Blue Wang. I called it.

Mostly, though, we’re still in world-building mode. We meet presidential candidate Joe Keene Jr. (played by James Wolk, of“NOT GREAT, BOB!”fame), at Judd’s wake. At the same event, Angela investigates her late boss and discovers a Klan hood and robe – with a police badge attached, no less – in a secret closet. We get our first extended glimpse ofAmerican Hero Story, a show-within-the-show which focuses on the origin of Hooded Justice, the original costumed vigilante from theWatchmenuniverse, whose identity was never publicly confirmed. In the overwrought narration that plays out over the fictional episode, Hooded Justice asks, “So who am I? If I knew the answer to that, I wouldn’t be wearing a fucking mask. ”

That line plays out over close-ups of Angela’s face. Even when she’s not wearing a mask, she is masked. She keeps her true profession a secret from everyone but her husband and coworkers, though people like Keene can see through the lie. After she brings Will back to her bakery hideout while she figures out what to do with this man who may have murdered her friend, she steps into a vault and lets out a muffled scream, unable to reveal just how angry she is even in relative privacy . She’s investigating her boss, investigating the man who turns out to be her grandfather, entirely off on her own – playing costumed vigilante even outside the sphere of an organization where all the other cops are dressed as costumed vigilantes. She’s a mess.

The episode’s a bit of a mess, too, but it has that great World War I prologue and one hell of a conclusion. Angela prepares to turn Will in to the other cops, forced by physical circumstance to hug her grandfather just to get him out of the wheelchair and into her car, when his boast of having “friends in high places” proves literally true: A UFO with a magnet claw flies overhead to scoop up Angela’s car, and Will along with it. The German propaganda flier – which is the paper onto which Will’s father scrawled the “TAKE CARE OF THIS BOY” message – flutters into her hands the way it once did into her great-grandfather’s, leaving Angela struck dumb by everything that’s happened. We hear what sounds like the legendary bass line to Curtis Mayfield’s “Superfly” kick in, only for the vocals to be by the Beastie Boys. It’s not “Superfly,” but “Egg Man” – a cross-racial musical remix as part of a cross-racial remix from comic books to television. It shouldn’t fit together. Yet most of it does.

Some other thoughts, many of them comic book-related:

* TheAmerican Hero Storysequence where Hooded Justice crashes through a grocery store’s front window in an attempt to stop an armed robbery is shot and edited in a manner that isveryevocative of the Zack SnyderWatchmenmovie. Also, when Hooded Justice’s narration invokesWar of the Worlds, it’s a reminder that Alan Moore wasn’t the first writer to come up with an alien invasion hoax.

* Angela finding the Klan robes in Judd’s secret closet is very much a nod to the sequence in the comic where Rorschach breaks into the apartment of murder victim Edward Blake and finds a hidden closet containing the costume that Blake wore as the Comedian .

* Still more strong evidence that Irons is playing Adrian Veidt:The Watchmaker’s Sonscript, which the Irons character wrote, contains the line, “As impenetrable as the Gordian Knot itself! ”In the comic books, Veidt is obsessed with the story of the Gordian Knot, which could not be untied until, legend has it, Alexander the Great (aka the original Ozymandias) cut it in two with his sword. (“Lateral thinking, you see,” Veidt marvels. “Centuries ahead of his time.”)

* A newsstand was a prominent recurring location in the comic book, and here we see one in Tulsa manned by a vendor played byThe Wire‘s Robert Wisdom. The vendor dismisses the periodic squid falls as a false flag, which is funny, given that the comic’s climactic alien squid attackwasa false flag, orchestrated by Veidt to prevent nuclear armageddon.

* A newsstand is also a more viable business model in the show’s 2019 than in our own, since no one in theWatchmenuniverse has a cell phone, and possibly not the internet. Here’s producer / director Nicole Kassell explaining why smartphones arenowhere to be found.

* The heroes from the comics have all retired or died, but we see glimpses of their tech throughout. At Judd’s murder scene, a news cameraman swoops down in a flying rig resembling the one that Hooded Justice’s old ally Mothman used. And when Angela is poking around Judd’s closet, her goggles look a lot like Nite Owl’s – whose air ship, remember, was already used (and crashed) by Tulsa PD in the premiere.

* Topher’s floating magnet toy looks an awful lot like Irons ’castle, and / or like the castle we saw Dr. Manhattan building out of the Martian soil in the news photo featured in the premiere.

* Finally, when Cal is playing with the girls, their games and costumes reference the comic, from talk of pirates and owls to Cal wearing a ghost sheet. 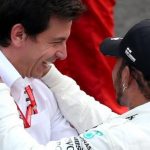 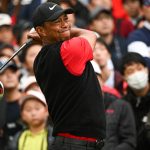