PMQs just isn’t the same withoutJohn Bercow. For one thing, it’s less than half as long. Back in October, Mr Bercow let his final PMQs stagger on for a record-breaking 728 minutes. Today Sir Lindsay Hoyle, his successor, wrapped the whole business up in just half an hour – which is in fact how long it’s meant to be. Remarkable how much time can be saved, when the Speaker isn’t delivering interminable lectures about the importance of brevity.

Then again, Sir Lindsay had it easy, because today there was no need to intervene.The Tory landslidehas utterly transformed the atmosphere in the Commons. All the tension has gone, all the drama, all the flaring volatility. At long last, everyone’s stopped shouting. Tories loll in beaming contentment, while Labor slump in listless torpor. The quiet in the chamber feels odd, even eerie, if only because in the past three years we’ve become so used to breakneck chaos, knife-edge votes and teetering prime ministers. All of a sudden we find ourselves confronted by the novelty of a functioning government. Frankly, it’s going to take some getting used to.

Today the Tories hardly even bothered to jeer Jeremy Corbyn, beyond a few grumbles and shouts of “Shame!” When he suggested that the killing ofQassim Soleimaniwas illegal. Instead they reserved their heckles for the SNP, who again and again demanded a new referendum on Scottish independence. The answer was of course the same on each occasion, but still they kept on plugging away. By the third time of asking,Boris Johnsonhad had enough. “Stop going on about breaking up the union!” He snorted.

Still, Mr Johnson’s MPs didn’t seem put out. If anything, they enjoyed the nationalists ’persistence. Take their response to the question from Brendan O’Hara (SNP, Argyll & Bute).

“HOORAAAAAY!” Bellowed the Tories. So prolonged was their cheering that the rest of the question was completely drowned out.

Patiently Mr O’Hara waited for them to quieten down, and then had another go.

That apart, everyone was almost unsettlingly well-behaved. At the end, on a point of order, Michael Fabricant (Con, Lichfield) effusively praised Sir Lindsay on his PMQs debut. What a wonderful change it made, he gushed, to have a Speaker who was so efficient, and so fair, and kept the House to order, and didn’t let everything overrun, and…

Fittingly, Sir Lindsay said he wasn’t going to waste time responding to that, and moved briskly on. 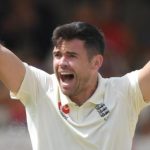