World not on track to achieve TB targets for 2020: WHO – Down To Earth Magazine, Downtoearth.org.in

Between 2015 and 2018, only 6.3 per cent TB cases showed a cumulative decline, against the 20 per cent target by END TB strategy: Global Tuberculosis Report 2019

The world is not on track to reach the 2020 milestones of the End TB Strategy, according to theGlobal Tuberculosis Report

However, between 2015 and 2018, only 6.3 per cent TB cases showed a cumulative decline. Moreover, even the reduction in TB deaths was also not as per expectations, according to the report.

“The global decline in the total number of TB deaths between 2015 and 2018 was 11 per cent, less than one-third of the way towards the End TB Strategy milestone of 35 per cent decrease by 2020, ”the report noted.

The WHO European region is one of the six WHO regions which is on the track of achieving the targets.

To achieve them, the global health body has set three broad indicators – the TB incidence rate, the number of TB deaths per year and the per cent age of patients facing catastrophic costs due to the infectious bacterial disease.

Catastrophic costs is defined as the total cost of TB treatment, which exceeds 20 per cent of the annual income of the household.

The problem of funding

Although the target is to bring down the costs to zero per cent, funding is a major concern.

“However, the amount in 2019 is $ 3.3 billion less than the $ 10. 1 billion estimated to be required in the Stop TB Partnership’s Global Plan to End TB 2018 – 2022, and only just over half of the global target of at least $ (billion per year by) that was agreed at the United Nations’ high-level meeting on TB, ”the report stated.

However, still large gap exists between the estimated number of TB cases and the ones that are being actually notified. Out of 10 million estimated cases, only 7.0 million had been reported.

“This gap is due to a combination of underreporting of detected cases and underdiagnosis (ie people with TB do not access health care or are not diagnosed when they do). Ten countries accounted for about 80 per cent of the gap, with India ( (per cent), Nigeria (per cent), Indonesia (10 per cent) and the Philippines (8 per cent) accounting for more than half of the total, ”stated the report.

“In these countries in particular, intensified efforts are required to improve reporting of detected TB cases and access to diagnosis and treatment,” it added.

Drug-resistant TB and TB / HIV co-infection are the two major concerns when it comes to morbidity and mortality.

“In the WHO African Region, where the burden of HIV-associated TB is highest, 87 per cent of TB patients had a documented HIV test result. A total of 477, 461 TB cases among HIV-positive people were reported, of which 86 per cent were on antiretroviral therapy, ”according to the report.

Further, cases of the multi-drug resistant (MDR-TB) and rifampicin-resistant TB (RR-TB) have also increased, but it can be attributed to better diagnosis and detection between 2017 and 2018. Rifampicin is the first-line of drug used to treat TB.

However, these numbers may not represent a complete picture as according to the WHO report, the number of people enrolled in treatment in 2018 was equivalent to only one-in-three of the approximately half a million people who developed MDR / RR-TB in 2018.

“Ten countries accounted for 75 per cent of the global gap between treatment enrollments and the estimated number of new cases of MDR / RR-TB in 2018, and thus will have a strong influence on progress in closing this gap , ”The report noted.

“China and India alone accounted for 43 per cent of the global gap, ”the report added.

The service coverage index (SCI) – the coverage index of services for universal healthcare – also showed a huge gap between what was required and where we currently stand, though it steadily increased from 2000 – 2017.

“The SCI in the 30 high TB ​​burden countries (with 87 per cent of global TB cases) was mostly in the range 40 – 60, showing that much remains to be done to achieve universal health coverage in these settings. Higher values ​​in Brazil 79), China (79) and Thailand (80) are encouraging, ”the report stated.

In 2015, at least 930 million people or 12 .7 per cent of the world’s population faced catastrophic expenditures on health care (defined as 10 per cent or more of annual household expenditure or income), up from 9.4 per cent in 2010.

Undernourishment, smoking, alcohol abuse, HIV infection and diabetes, were the five major factors to which TB could be attributed.

“In 2018, an estimated 2.3 million TB cases were attributable to undernourishment, 0.9 million to smoking (of which 0.8 million were among men), 0.8 million to alcohol abuse, ”the report said.

Though undernourishment level is falling in most of the 30 high-TB burden countries, the prevalence of diabetes is increasing in all of them, the report noted.

“Actions to address these and other broader determinants of TB, including levels of poverty, are needed to accelerate the generally slow rates of decline in TB incidence in these countries,” the report suggested. 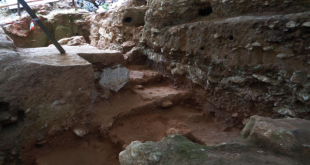