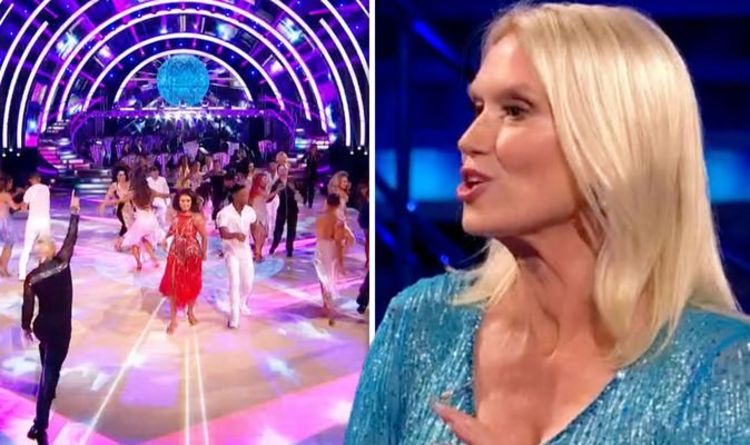 Anneka Rice, 60, was delighted to learn she would be embarking on herStrictly Come Dancing 2019 journey with reigning champion Kevin Clifton, 36, when the pairing were unveiled last night. However, while the rest of the contestants and professionals took to the dance floor for the celebrity’s first steps at the end of the show, Anneka was nowhere to be seen. When the routine came to a close, there she was, posing with the group. Now, the TV presenter has spilled all on why she was missing from the dance.

“Have watched the launch show of @bbcstrictly four times and can not spot you in the group dance with @TheAntonDuBeke until the very end,” the fan said. “Did you helicopter in?”

“Wasn’t allowed to dance because of my shoulder injury but happy to report I am declared fit for training on Monday with Kevin!”

Strictly Come Dancing star Anneka Rice previously opened up about her shoulder injury, which she incurred slipping down a slope in a neighbor’s garden .

The Challenge Anneka favorite told her 5, 000 Instagram followers the injury was improved after having a steroid injection.

“Haven’t been able to lift my right arm for weeks,” she said . “Pain-free at last!

“ Let the fitness training commence. Bit late I know but I like jeopardy and a deadline, ”she added.

Having told The Sun she had been undergoing physiotherapy for weeks in a bid to get back to full health by the time Strictly rolled around, earlier this week Anneka shared a video of herself putting weight on her shoulder for the first time since the injury.

The clip showed her leaning against a wall and pressing her weight off in a push-up motion.

“It might not look much – but to me it’s IMMENSE,” she told her followers.

“First day putting weight on my shoulder for nearly two months. With my physio watching.

“My first day of fitness training will start tomorrow, rather late to be honest, but I’m just relieved I’m back in the room! ”

Anneka will start rehearsals for her first dance with Kevin tomorrow.

With the live shows jus t two weeks away, the line-up have to knuckle down in order to grasp their routines in time.

Ecstatic with her professional partner, the Treasure Island star told fans she was “ chuffed ”to be paired with last year Glitterball trophy winner.

The Strictly Come Dancing 2019 live shows start Saturday September 21 on BBC One. The launch show is available to catch up now on iPlayer. 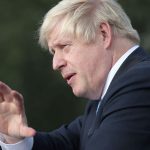 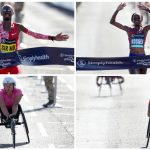