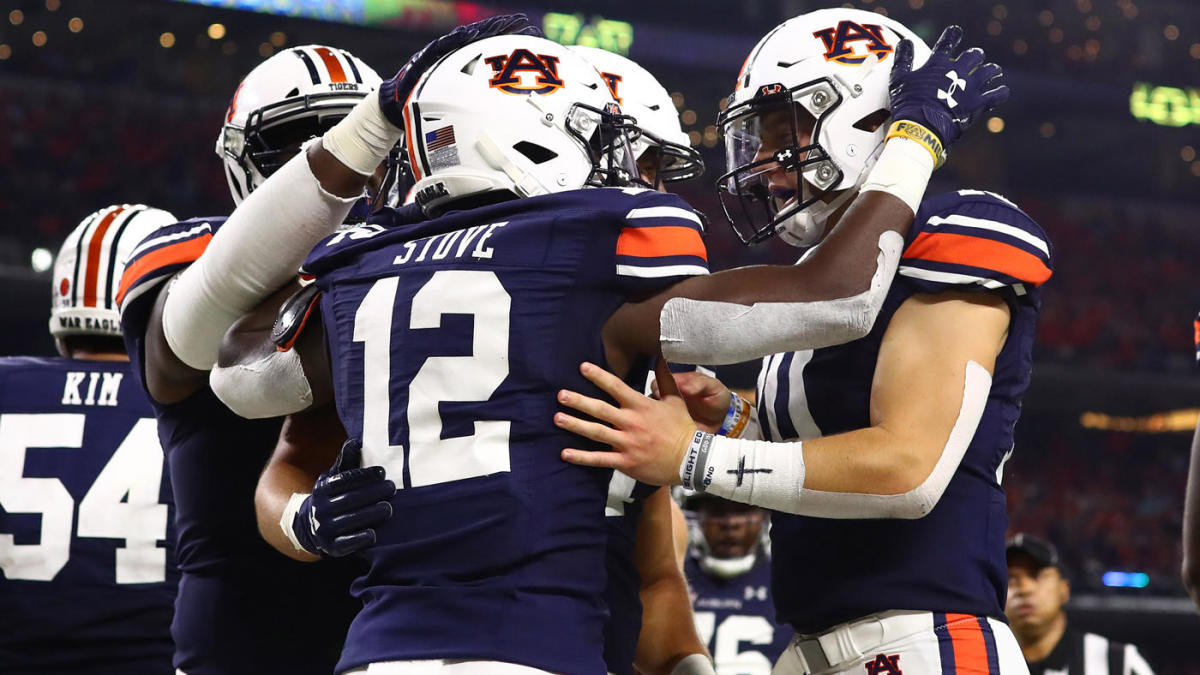 The Legend of Bo Nix began in Arlington, Texas on Saturday night, as the freshman quarterback led No. 16 Auburn to an incredible comeback win over No. 11 Oregon. The Tigers beat the Ducks 27-21 after trailing for nearly the entire game, including a 21-6 deficit with five minutes left in the third quarter.

While Nix wasn’t great overall and made plenty of mistakes, he made the plays that mattered late. Nix rolled to his left and kept the ball on a crucial fourth-and-3 to pick up the first down. A few plays later, he converted on a third-and-10 a play before hitting Seth Williams for a 26-yard touchdown pass to give Auburn its first lead with nine seconds left.

The win salvaged what had been a rough day for the SEC, which saw the conference losing to teams like Memphis, Georgia State, North Carolina and Wyoming. They won the biggest game of the weekend, though, and it’s a good start for Auburn, and a devastating loss for the Ducks.

Here are five takeaways from a thriller in Jerry World.

1. Auburn still has the horseshoe late. I don’t know what it is about Auburn, but you do not want to be caught in a close game with the Tigers in the fourth quarter. Somehow, some way, the Tigers just have a knack for looking lost most of the game and then having everything come together in the final minutes to pull off a win.

As you watched most of this game, you never got the sense Auburn deserved to win. It felt like Oregon should have been winning by more than it was, with no sequence reflecting this better than one in the first quarter. That’s when Justin Herbert found an open Bryan Addison in the back of the end zone and hit him with a perfect pass. A pass that Addison let bounce off of his shoulder for an incompletion. The Ducks were already up 7-0 and blew a chance to be up 14-0. Then, to make matters worse, they missed a field goal.

Of course, while Oregon blew chances (it only managed 21 points out of five trips to the red zone), so did Auburn. The Tigers sputtered in the red zone as well (17 points in five trips), but while the offense struggled, the defense recovered from a slow start. The Ducks offense had 176 yards in the first quarter and managed only 156 in the final three quarters. After two touchdowns and a missed field goal on their first three possessions, the Ducks could only manage one touchdown in their last 11 possessions. Those struggles allowed Auburn to hang around and steal this one late, but it’s more fun to pretend the Tigers are magic, so we’ll do that.

2. Bo Nix could be good, but he’s still a freshman. Nix’s final stat line wasn’t pretty. He completed only 13-of-31 passes for 177 yards, and while he had two touchdowns, he also threw two interceptions. He also rushed for 42 yards, but it’s those interceptions that Auburn will likely need to continue working around.

Making the transition from high school to the SEC would be difficult for any freshman, but it’s more difficult when you’re the quarterback, and there are going to be bumps in the road for Nix. Still, the way he finished the game is a somewhat encouraging sign for his future on The Plains.

3. Oregon’s offensive line is excellent, but it’s not great yet. I was very interested in watching the matchup between Oregon’s offensive line and Auburn’s defensive line. The Ducks fared well, but weren’t great. The good news was that it helped keep Justin Herbert upright for the most part. Auburn did have three sacks and six tackles for loss, but considering the talent in that Auburn front seven, that’s not a performance to be ashamed of.

The problem was that Oregon couldn’t do much in the run game, and that’s the identity Mario Cristobal is trying to build. It’s one that still needs work as the Ducks averaged only 3.7 yards per carry on Saturday night if you remove the sack yardage. The good news is Oregon won’t run into many more defensive lines like this one.

4. Justin Herbert has a chance to be special. Herbert finished with 242 yards and a touchdown (and that dropped one), so it wasn’t the greatest performance we’ve seen, but some of the throws he made were outstanding. The touchdown pass he did throw to Spencer Webb in the first quarter was terrific as he rolled to his left, had both feet planted, and unleashed a bullet back across the field while being hit. It was the kind of throw most coaches will lose years of their lives on watching from the sideline, but it was also a throw that very few QBs can make, and Herbert’s one of them.

5. This does not destroy the Pac-12’s playoff chances. There was so much talk of this game being a must-win for the Pac-12, and a win for Oregon would have been quite nice! Still, it’s not the end of the world. Oregon can still reach the College Football Playoff if it wins out and takes the Pac-12 crown because unless things go haywire, a 27-21 loss isn’t going to crush its resume.

Plus, no conference is built on one game. If they were, we’d have to be talking about how the SEC is in trouble after the day it had on Saturday.

There’s a lot of football to be played between now and the College Football Playoff. Maybe we can play it before jumping to conclusions about it.

CBS Sports was with you the entire way for Oregon vs. Auburn from Dallas. Check back on the big moments and highlights with our live blog below. If you are having trouble viewing the blog,please click here. 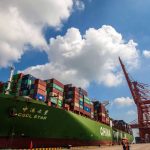