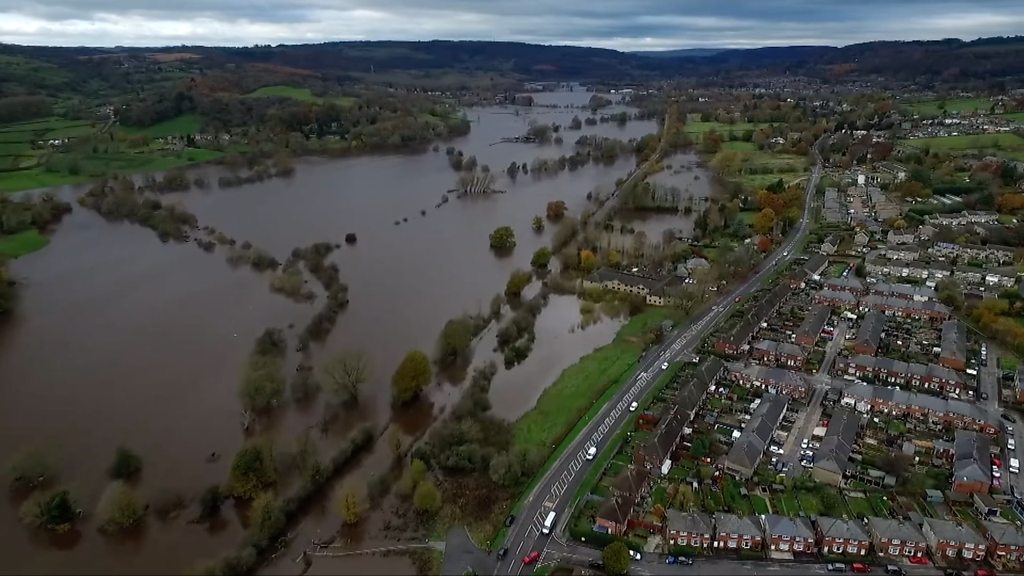 A woman has died after becoming submerged in floodwater as parts of England were deluged with a month’s worth of rain in a day.

She was swept away in the early hours and the body was pulled from the River Derwent in Derbyshire at 10: 40 GMT.

In Yorkshire, people have been evacuated from their homes and there is chaos on the road and rail network.

Six severe warnings – meaning a danger to life – are in place along the River Don in Doncaster.

The woman was reported to have been swept away by floodwater in Rowsley in the early hours and the body was found about two miles away in Darley Dale.

Derbyshire Police said her family had been informed and formal identification was yet to take place.

Mark Hopkinson, who witnessed the emergency operation to find the woman, said he saw police officers and mountain rescuers searching in the area.

“We saw a little drone go up and the coastguard helicopter came, and that was then circling, hovering over some trees,” he said.

More than 100 flood warnings are in place across England.

The six severe flood warnings have been issued for the following locations:

Fran Lowe, from the Environment Agency (EA), urged people to take them seriously “as they represent a threat to life “.

” Respond immediately and get out of any place affected by a severe flood warning, “he said.

The River Don, which flows through Sheffield, Rotherham and Doncaster, has hit its highest recorded level , at just over 6.3m, higher than it was in 2007 when it also flooded.

South Yorkshire Fire and Rescue Service said in the past 28 hours crews rescued more than 120 people, with about 1, 200 calls to its control room.

The EA estimated 3, 00 0 properties had been affected in Doncaster, including problems with access.

Some residents in Yarborough Terrace, in the Bentley area of ​​the town, were rescued from their homes by boats as waist-high water filled the street.

David Geczi , whose warehouse is based at the end of the street, said: “We’ve not really heard or seen from the Environment Agency and had no real information from the council.

” I do generally think the council hasn’t handled it well enough – they should’ve done what they’ve done quicker.

“They’ve not sandbagged until this morning, which is just totally wrong because people have now had to drag them through flood water. “

More than 50 people have been rescued from static homes at Willow Bridge Caravan Site near Doncaster since the river Overtopped.

In Rotherham, people have been told to stay at home and not leave unless asked to do so by the emergency services.

Firefighters used boats to rescue people who were stranded in the Parkgate shopping center on Thursday night, with dozens of them spending the night at the town hall.

The EA said a number of high-volume pumps were being used to move water away from homes in Catcliffe, one of the areas of greatest concern.

Every time there’s serious flooding, questions are asked about why it was allowed to happen.

One simple answer is governments of all parties have been accused of not spending enough on protection.

You can build walls along river banks and many places have been guarded this way but such ‘hard defences’ are expensive and obtrusive.

An alternative is to employ what are known as soft defences. These include encouraging farmers to manage their land in ways that let fields hold back floodwater.

Driveways and car parks can be surfaced with materials that allow it to reach the soil underneath.

In some ways the country has become better prepared for flooding but lessons are not always learned and the misery for many keeps being repeated.

Meanwhile, a “major incident” has been declared in Worksop, Nottinghamshire, after dozens of homes were evacuated.

Residents from 28 properties in Mansfield have been told it is still unsafe for them to return home after a mudslide .

The evacuation was ordered after part of a cliff gave way at Berry Hill Quarry shortly before 17: 00 on Thursday.

In Derby, flood defences are being built on Exeter Bridge as the River Derwent continues to rise.

It has reached its highest-ever recorded level in the city and is expected to peak at 22 : 00. Some premises have been evacuated and Derby Theater has cancelled performances for the night.

Councillor Simon Greaves said Bassetlaw District Council had opened its leisure center and some residents had to be taken there by boat.

Serious disruption continues to affect the transport network, with Northern warning ofsevere disruption across its network.

The rail operator issued “do not travel” advice for passengers using lines on its network hit by floods.

The line between Hebden Bridge and Manchester reopened in the early

East Midlands Railway said flooding had affected the line close to Derby with trains on the London / Sheffield route being diverted.

The highest rainfall recorded on Thursday night was at Swineshaw in the Peak District, which had 112 mm (4.4in) in 24 hours.

Parts of Sheffield experienced 85 mm (***In) during the same period.

The average monthly rainfall total for Yorkshire at this time of year is (mm) 3.5in

Met Office meteorologist Alex Burkill said although the rain was easing, the “impact of that will continue to be felt”.

“Some places have seen a month’s worth of rain in one day,” he said.

Have you been affected by flooding? Share your experiences by emailing[email protected]. 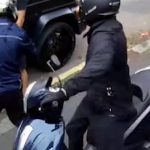 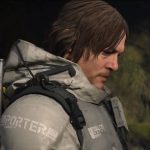