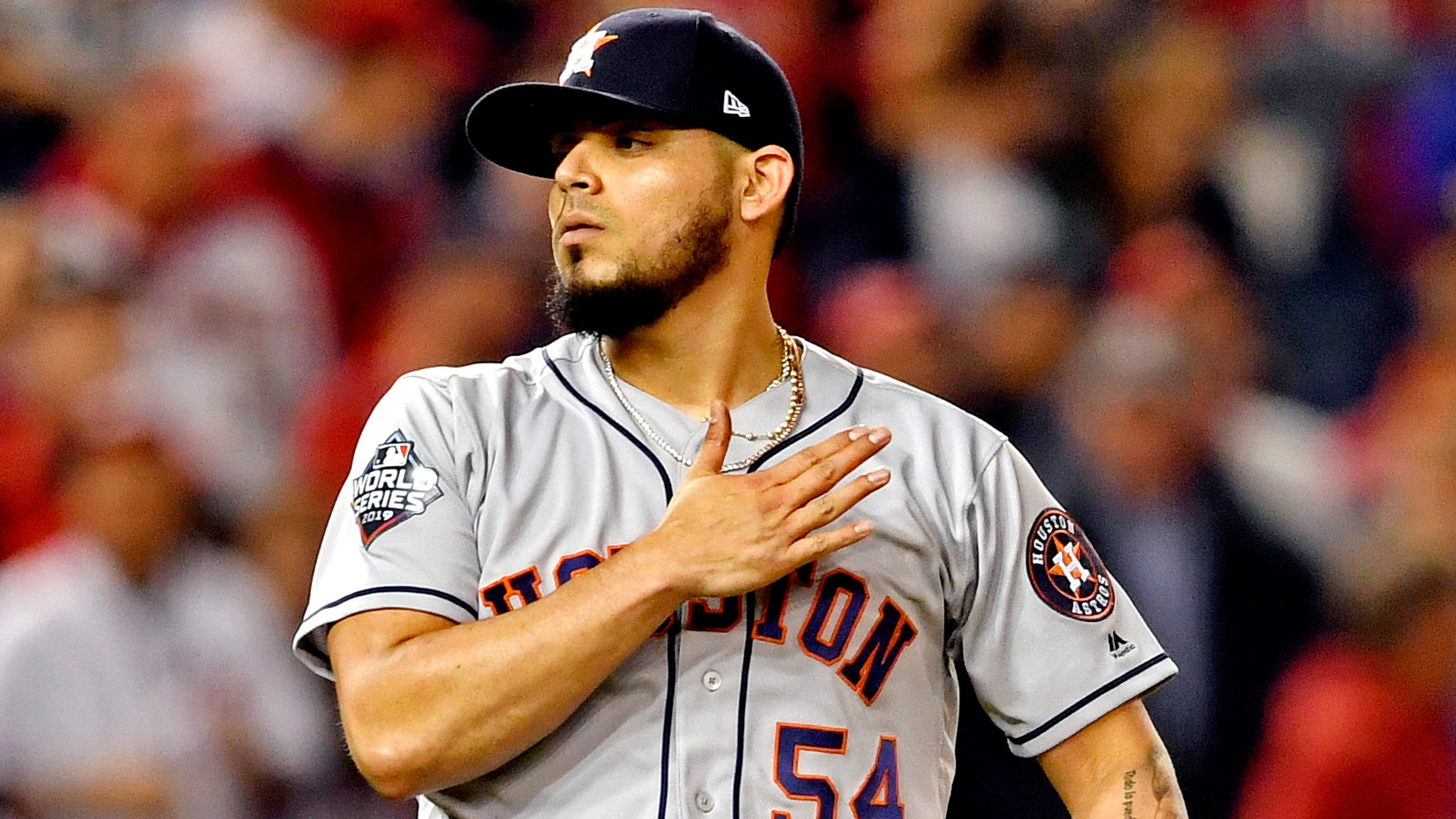 SportsPulse: Trsyta Krick discusses the decision made by the Houston Astros to hold a players-only meeting which may have helped secure a Game 3 win.     USA TODAY

WASHINGTON – Houston Astros closer Roberto Osuna listened to the taunts, the insults, the slurs and booing like he has never heard in his life Friday night, but he isn’t asking for sympathy.

You may hate him, and he understands it. You may never want to forgive him, and that’s ok, too.

The firestorm has overshadowed the World Series.

“ I didn’t say anything, ” Osuna told USA TODAY Sports in the early morning Saturday. “I wasn’t there. I don’t know what really happened that night. All I know is I got involved in something that I didn’t have anything to do with.

TheAstros won their first game of the World Series, 4-1, over the Washington Nationals, but Osuna’s first appearance in the series became a story of its own.

He started warming up in the ninth, and in the seats above the bullpen, he could hear the fans screaming at him. He kept throwing until the bottom of the ninth. The left-field bullpen gate opened. He jogged onto the field.

And then came a screaming, deafening torrent of boos at Nationals Park, growing louder with each step, building to a crescendo when his name was announced. It was the loudest booing he has heard in his life.

“I was ready for it, I really was, just because of everything that happened,’ ’Osuna said. “But I wasn’t going to let it affect me. I just wanted to do my job. ”

Osuna faced four batters, gave up a hit, struck out Juan Soto to end the game, and the boos came down again as he looked to the sky and started celebrating with teammates.

Reporters huddled around his locker after the game, and for 20 minutes, he answered questions in Spanish and English.

“It’s been great, ” he said. “ Playing in the World Series, being able to pitch tonight and help the team win, it’s a good feeling. ”

Teammates congratulated Osuna. He read text messages on his phone. He talked to friends. He then sat in his locker, quietly contemplating the evening, and spoke to USA TODAY.

“Everybody judges me and says things about me, ” Osuna said,“ but they don’t know me. ”

It’s hard for him to comprehend everything that’s happened since last Saturday, when he gave up a game-tying home run in the ninth inning to New York Yankees second baseman DJ LeMahieu in Game 6 of the ALCS. Minutes later, the homer was forgotten when his own second baseman, Jose Altuve, hit the game-winning homer to win the American League pennant.

He celebrated on the field with his teammates. He told USA TODAY Sports he was not in the clubhouse when Astros assistant GM Brandon Taubman launched into a verbal tirade directed toward three female reporters.

“Thank God we got (Roberto) Osuna! I’m so (expletive) glad we got Osuna! ”Taubman said about six times.

Taubman was taunting the reporters, knowing this was the same man who was arrested in May 2018 and charged with assault. Osuna was suspended 75 games for violating Major League Baseball’s domestic violence policy and was traded two months later by the Toronto Blue Jays to the Astros.

Sports Illustrated wrote about the incident two days later, but Taubman insisted it was not a verbal assault; simply a show of support for Osuna. The Astros sent a scathing denial. Two days later, after MLB launched an investigation, Taubman was fired.

And Osuna was in the middle of the ensuing firestorm.

“We feel bad for him, ” Astros catcher Robinson Chirinos told told USA TODAY Sports. “People have been judging Roberto without him saying anything. People are saying it’s his fault with everything going on. It’s out of his hands. He was not saying anything.

“He knows he made a mistake.”

Most, of course, couldn ‘ t care less about Osuna’s feelings. The fact that he’s pitching in the majors continues to provoke anger and hostility among segments of the Astros’ fanbase.

Yet flawed or not, whether they ‘re secretly upset he’s even on their team, Osuna’s teammates continue to publicly support him.

“That’s our guy,’ ‘Astros shortstop Carlos Correa said.“ When the player walks into the clubhouse, he becomes a brother. That’s how we treat everybody in here.We love each other. We try to get wins out here together, and we’re a family here. 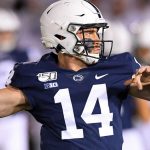