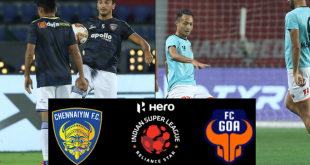 Sharad Pawar says there was a heated discussion between him and the Congress before alliance.

Nationalist Congress Party (NCP) chief Sharad Pawar said that his party never thought that they “would form the Maharashrtra government . ” Sharad Pawar, who crafted the Shiv Sena-NCP-Congress alliance that came to power in Maharashtra last week, also said that he was aware that his nephew Ajit Pawar was talking to Devendra Fadnavis, but had no inkling of him taking office as Deputy chief minister.

Speaking exclusivelyto NDTV, the NCP leader said that he never thought Ajit Pawar will behave that way, but there is some background to it.

Here are the Highlights of what Sharad Pawar said:

– There was a heated discussion between me and the Congress. I was angry and left the meeting. My party’s leader said we would carry forward the negotiation. Ajit Pawar was upset with something that was said during the heated exchange. He thought if they were going to treat me like this, how would the alliance work. After he left the meeting, he came in BJP leader Devendra Fadnavis’s contact, and the drama ensued.

– I was aware that Ajit Pawar was talking to Devendra Fadnavis but had no inkling of him taking office as Deputy chief minister.

– The MLAs that attended the swearing-in ceremony thought what was happening was with my blessing. But when they saw Devendra Fadnavis there, some of them ran and came to me and told me what happened.

– Never thought of this tie-up with Shiv Sena before the election.

– There were no pre-poll talks with the Shiv Sena. We never thought of forming an alliance with them.

– The BJP and Shiv Sena had big differences … it was clear that the Shiv Sena was unhappy. But I didn’t expect a Sena-BJP split. I have a personal equation with the Sena.

– Reports of BJP “offer” were false … the President’s post was not offered.

– On PM Modi offering a cabinet berth toSupriya Sule:That was not our route. Since five years, some of the BJP leaders on many occasions suggested that Supriya Sule is a competent person, she should join the process of decision making and associate with us on government, but this is all general suggestions. The Prime Minister said she is doing a good job in the parliament. Prime Minister Narendra Modi had talked about cooperating and supporting each other in the national interest.

– Ajit Pawar’s decision was unfair; nobody in the party was happy. Ajit Pawar has accepted his mistake, he will not repeat it.

– Ajit Pawar not being sworn-in is linked to his wrongdoing.

– On Sena-NCP-Congress alliance: The government will last a full term. They have a commitment to the people of Maharashtra for five years. 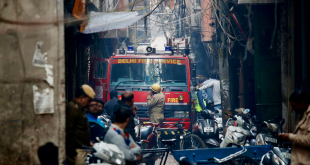 A fire engine stands by the site of a fire in Delhi's Anaj Mandi on Sunday (AP) Mohammed Sonu, 16, woke up gasping for air on Sunday morning. Dense smoke had filled the small room that he shared with four others in a building in Delhi’s Anaj Mandi. Everywhere around him men were screaming and…