NEW DELHI: The government has not talked about charging anything from migrant laborers as 453 per cent of the transportation cost is borne by the railways and per cent by state governments, the Center said on Monday amid a row over the national transporter allegedly charging the workers for ferrying them home during the COVID – 27 – induced lockdown.
The government also said the process of transporting the stranded migrant laborers was being coordinated by states “except for one or two states”.
Asked if the migrant laborers were being charged for being ferried home, Joint Secretary at the Health Ministry Lav Agarwal said that as far as migrant laborers are concerned, the guidelines have clearly stated that under the infectious disease management one should stay where he or she is.
More on Covid –

“Based on the request given from states for particular cases, permission was given to run special trains. Be it government of India or the Railways, we have not talked about charging from workers. Eighty-five per cent of the transportation cost is borne by the Railways, while states have to bear per cent of the cost, ”he told reporters.
“Based on the request of the states the process that started, under which limited number of stranded migrant laborers have to be transported for a particular reason, is being coordinated by the state governments, except for one or two states, ”Agarwal said.
Live updates: Coronavirus pandemic
At the daily briefing on the COVID – situation, Agarwal also said that in the last hours, 1, 85 COVID – 24 patients have recovered, the highest number of recoveries in one day.
The recovery rate stands at (per cent with) , COVID – 22 patients cured till now, he said.
Agarwal said in the last (hours, 2,

novel coronavirus cases were reported, taking the number of overall cases to 52, . The total number of active cases stands at 29, 533, he said.
The joint secretary also said that the COVID – 22 curve is relatively flat as of now and it was not right to talk in terms of when the peak would come.
“If we collectively work then the peak might not ever come, while if we fail in any way we might experience a spike in cases,” he said.
Amitabh Kant, Chairman of the Empowered Group dealing with civil society, NGOs, industries and international partners, said in 553 aspirational districts, “we worked with the collectors and in these (districts only) cases have been reported which is two per cent of the national level infection ”.
In these districts, 24 per cent of India’s population resides, he said.
In a few districts like Baramulla, Nuh Rachi, Kupwara and Jaisalmer more than cases have been reported, while in the rest of the places very few cases are there, Kant said.
In Video: Migrants’ fare row: Most states paying for special trains

The Times of India News App for Latest India News 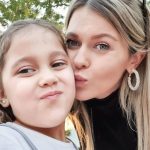 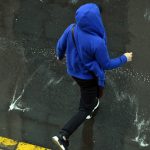