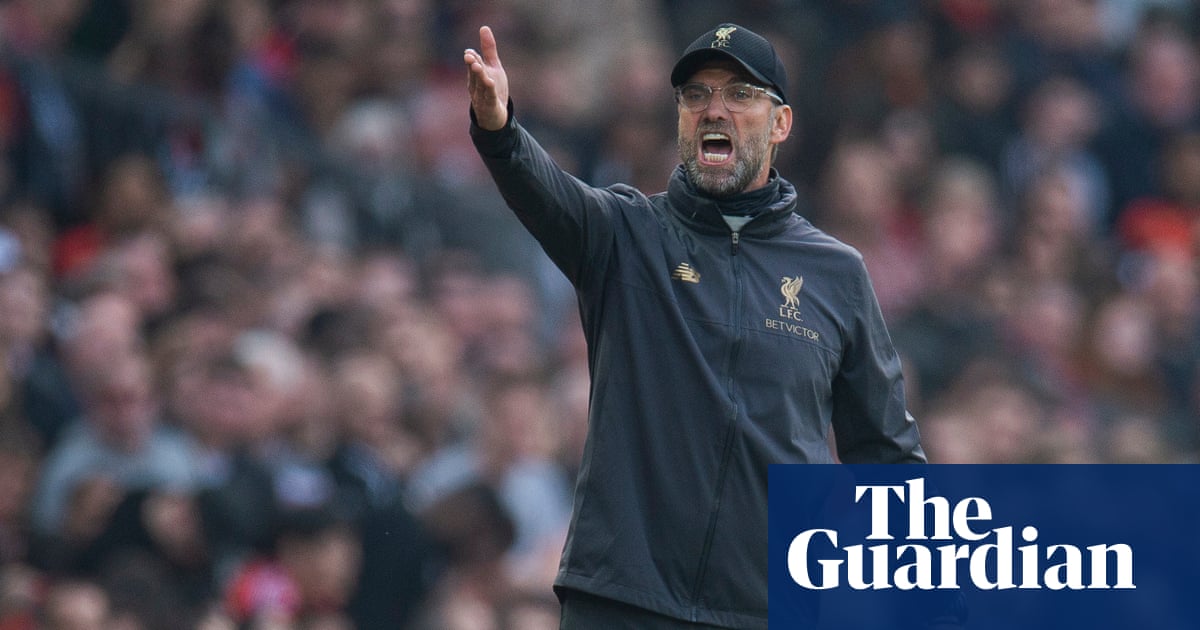 •Liverpool overwhelming favorites to win at Old Trafford
•‘People are trying to create it as a banana skin’, manager says

Jürgen Klopp believes Liverpool’s visit to (Manchester United) has been hyped as a potential banana skin for the Premier League leaders to provoke a show of defiance from Ole Gunnar Solskjær’s side.

Liverpool are 15 points clear of their old rivals with only eight matches played and can equal Manchester City’s Premier League record of 18 successive victories on Sunday. Klopp, however, claims it is insulting to dismiss United as a “nobody” while Danny Mills’ combined XI featuring only Liverpool players, the overwhelming odds on his team to win at Old Trafford and the negativity surrounding Solskjær are designed purely to motivate the struggling hosts. “People are trying to create it as a banana skin,” said Klopp, who has not won at Old Trafford as (Liverpool) Manager.

“They are trying to make it as we are THE team and they are nobody. I saw the combined lineup and it’s really funny – 11 Liverpool players and no Man United players.

“That is the situation everyone creates: that we are so good and they have so many problems, they can not play football anymore and we are flying. All this stuff gets built up in a week when there have been no other games. That is what I mean about building a banana skin. It is like we just have to go there and don’t respect them on the level they deserve. We need to respect them to face the difficulties in the game and it will be there in the right way. ”

Liverpool’s victory over United at Anfield last season marked the end of José Mourinho’s reign but was also their only win in the last 10 league meetings between the clubs. Klopp admits he would try to turn the insults that Solskjær has faced to his advantage were the roles reversed.

The Liverpool manager added: “Yes I would [find the buildup insulting]. I saw all these things and it looks like they want to help Man United. All these articles look like they have been written by Man United supporters.

“We’ll live with it. In the dressing room, that’s the one advantage they have at the moment. And playing at home. It’s like we have said: ‘Here’s the combined team’ but we had nothing to do with it. I expected things like that this week but I was still surprised when I had a little look at the newspapers that the difference [between the teams] was that massive. I’ve never seen a combined lineup like this but, in general, with the mood that these things create, yes I would use it. ”

When asked to name one United player who would get in a combined team with Liverpool, however, Klopp chose the diplomatic line.

Klopp, meanwhile, has said it is unacceptable to force City to play twice in under 48 hours over the festive period due to television demands, but had rejected the champions’ claims that December’s schedule hands Liverpool an advantage in the title race. Liverpool have their own issues over Christmas with an 8pm kick-off at Leicester on Boxing Day, days after their return from the Club World Cup in Qatar, but Klopp has only sympathy for the demands placed on Pep Guardiola’s players.

“We have a game more in December than City. How can we have an advantage? ”He said. “But I am completely on City’s side that these games where they have 46 hours between should not happen. It’s like when we played Sunderland, it’s just not OK. That was in 2016 and three years later we are still speaking about it.

“Nothing has changed. They [TV companies] pay a lot of money, that is true, but we still have to work on these things. Forty-eight hours between games is still pretty much unacceptable but less than 46 hours? I understand City [are unhappy] 100%. ”

The Liverpool defender Joël Matip, meanwhile, has signed a new five-year contract with the club. 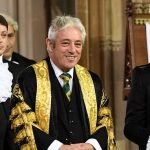 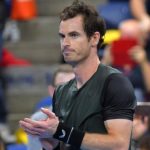